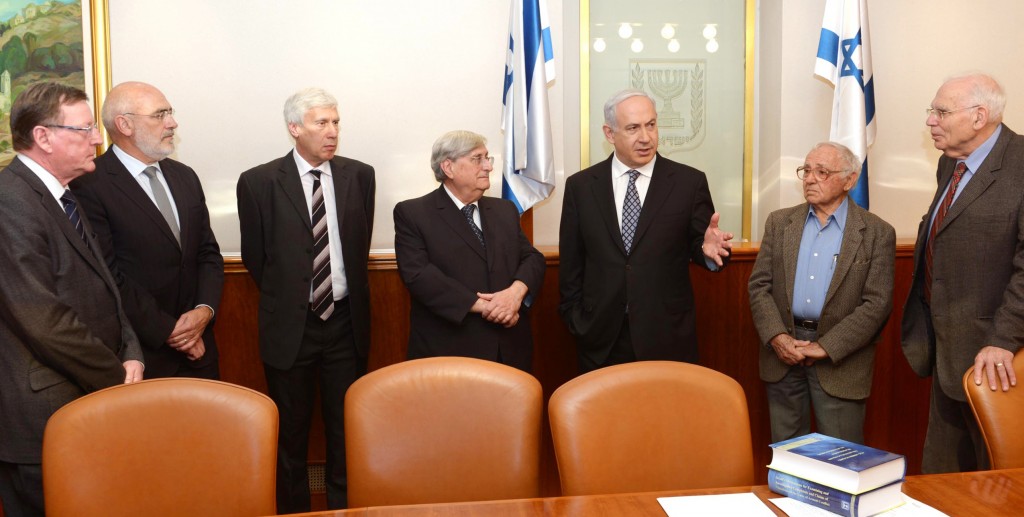 The Turkel Commission, tasked with probing the 2010 Gaza flotilla mission, submitted a second and final report on Wednesday, which dealt with the legal aspects of the incident, according to media reports.

The commission’s first report focused on the IDF operation itself; this time the military’s review and investigative processes came under scrutiny.

While the panel affirmed that IDF investigations into war crimes claims meet international standards, it said there was “room for improvement,” and made 19 recommendations for reform of the system.

If the recommendations are implemented, they would serve as “a legal Iron Dome for Israel” in any future investigations, the committee said in a statement.

The report recommended that a decision on opening an investigation into alleged war crimes should take no more than a few weeks, and the law should define the maximum amount of time for deciding whether to investigate, and if criminal proceedings or disciplinary measures should be taken. Critics have said that the process takes too long, making it difficult to collect evidence and reliable testimony.

In another recommendation, the report says that Israel and the IDF should adopt a formal definition for war crimes violations, as many Western nations have done.

Regarding preparations for the mission, the report notes the absence of a civilian body to provide the defense establishment with guidance on operational aspects concerning international law.

The report also recommends that investigations of Border Police (mostly dealing with complaints by Palestinians) should be transferred from the police and the attorney general’s office to the IDF.

Concluding comments issued by official foreign observers were positive. Commission observer Lord David Trimble of Northern Ireland said, “When taken as a whole, looking at the Israeli legal system, it will pass muster with the best in the world. Not to say that there are things that can’t be improved, that’s the case in all systems. But I think you’ll be very pleased with this report and I think the people of Israel should be also.”

Commission observer Prof. Tim McCormack said, “I know that no other study is [as] comprehensive as this on the international legal obligations relating to investigation on accountability for alleged violation of international humanitarian law. I’ve learned a great deal myself from being involved in the process of the commission and the preparation of the report and I think the State of Israel should be very proud of this contribution to the study of a very important area of the law.”

In response, the IDF issued the following statement: “The Turkel Committee is a professional, independent committee appointed by the State of Israel and the defense establishment has lent it its full cooperation, as did the legal system, the academia and human rights groups.

“The report found that overall, the investigatory process concerning possible infringement of the Rules of War by the IDF or Israel, coincides with the requirements stipulated in the international law — and the IDF welcomes these findings.”