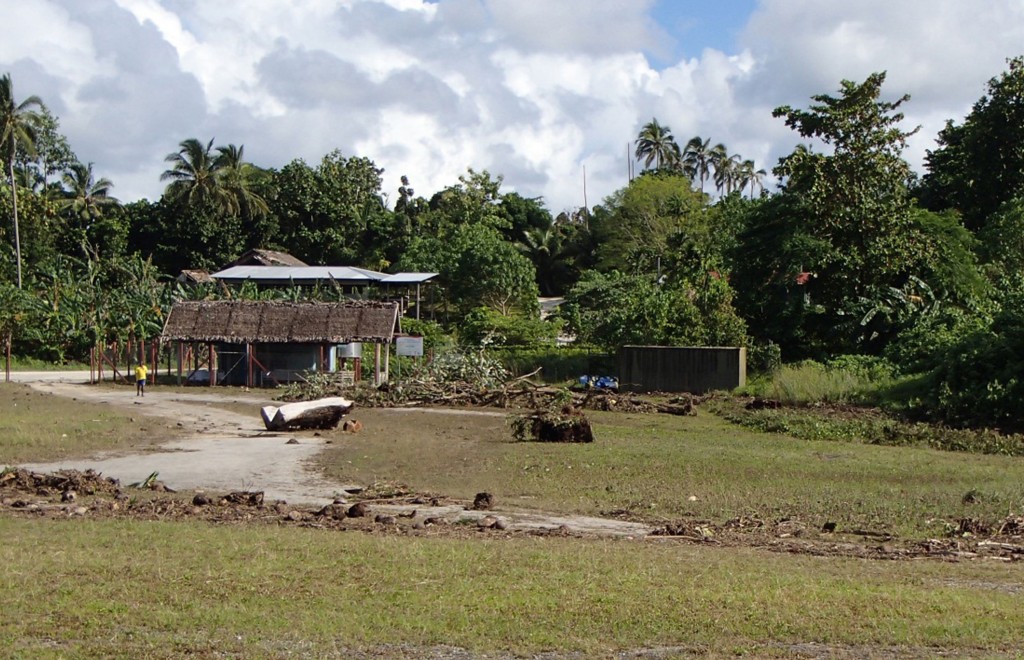 A powerful 8.0 magnitude earthquake set off a tsunami that killed at least five people in a remote part of the Solomon Islands on Wednesday and triggered evacuations across the South Pacific as island nations issued tsunami alerts.

The quake struck 211 miles east of Kira Kira in the Solomons, the Pacific Tsunami Warning Center in Hawaii said as it issued warnings for the Solomons and other South Pacific nations including Australia and New Zealand. It later cancelled the warnings for the outlying regions.

A tsunami measuring three feet hit near the town of Lata on the remote Santa Cruz island, swamping some villages and the town’s main airport as people fled to safety on higher ground.

More than three dozen aftershocks up to magnitude 6.6 rocked the region in the hours after the quake, the U.S. Geological Survey said.

Lata hospital’s director of nursing, Augustine Pilve, told a New Zealand news outlet that five people had been killed, including a boy about 10 years old, adding that more casualties were possible as officials made their way to at least three villages that may have been hit.

“It’s more likely that other villages along the coast of Santa Cruz may be affected,” he said. 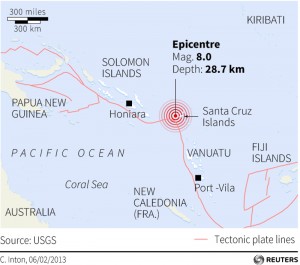 Solomon Islands Police Commissioner John Lansley said it was too early to fully assess the damage or casualty numbers, and said authorities hoped to send aircraft to the region on Thursday to help determine the extent of the damage.

Luke Taula, a fisheries officer in Lata, said he watched the tsunami as it came in small tidal surges rather than as one large wave.

“We have small waves come in, then go out again, then come back in. The waves have reached the airport terminal,” he told Reuters by telephone.

The worst damage was to villages on the western side of a point that protects the main township, he said.

About 5,000 people lived in and around the town, but the area was deserted as people fled to higher ground, Taula said.

The Solomons, perched on the geologically active “Pacific Ring of Fire,” were hit by a devastating tsunami following an 8.1 magnitude quake in 2007. At least 50 people were killed then and dozens left missing and more than 13 villages destroyed.