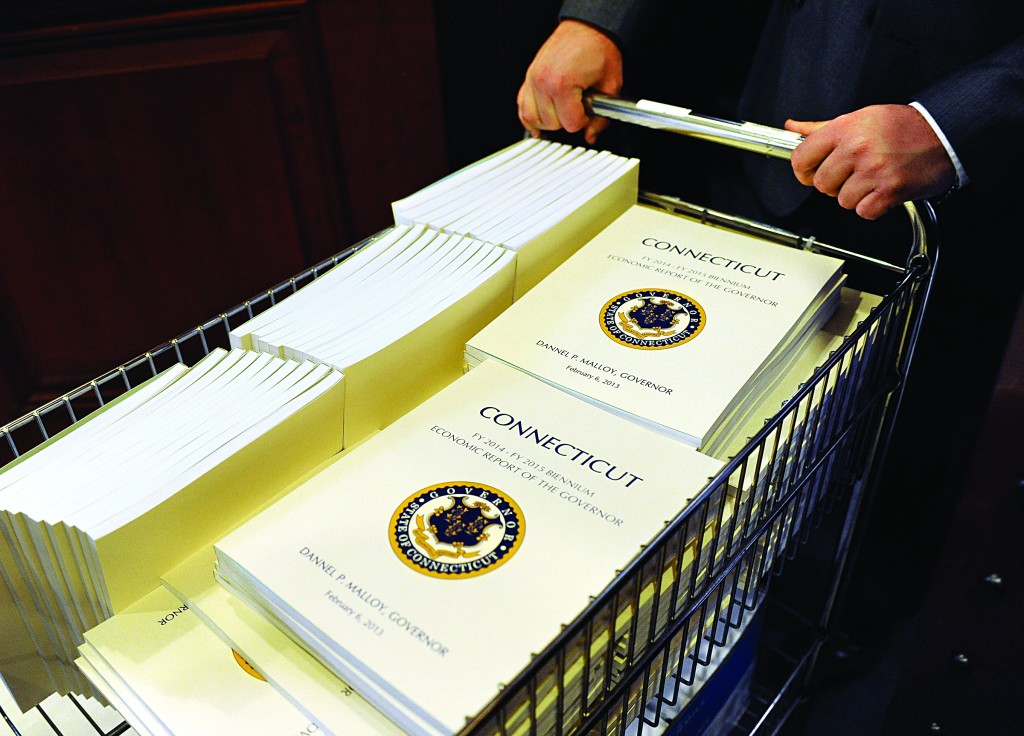 As a special transportation fund established decades ago by the state to fix roads and bridges goes slowly broke — the victim of repeated raids by a series of administrations — the General Assembly is again considering charging tolls to drive on Connecticut’s highways.

Most Capitol watchers doubt the latest effort to re-establish tolls will succeed. But the discussion is expected to cast a spotlight on the pressing problem of how to pay for billions in needed road and bridge repairs in coming years.

“We need to think about how we are going to pay for what we need to do,” said state Rep. Pat Dillon (D-New Haven), who earlier this month raised a bill to re-establish tolls on state highways, possibly at border crossings miles from Dillon’s district.

But critics say the fund would be in better shape if money targeted for repairs hadn’t been siphoned off to fill holes elsewhere in the budget.

“We need to stop stealing from the fund to put money in our budget,” said Senate Minority Leader John McKinney, R-Fairfield. “Hundreds of millions of dollars have been taken over the years.”

The state Department of Transportation has identified about $16 billion in unfunded road and bridge repairs and improvements that will be needed over the next 20 years, including $7.5 billion during the next decade.

Connecticut’s primary funding source for road and bridge repair is the Special Transportation Fund, established in 1983 following the collapse of the Mianus River bridge on I-95 and an overall realization that state roads and bridges were in bad shape.

But more fuel-efficient vehicles and the rising popularity of electric cars mean gas tax revenue is likely to drop in the future.

While progress was made after the Mianus bridge tragedy, hundreds of state bridges are still routinely rated in poor condition during inspections, and significant portions of the state’s transportation system need expensive repair and improvement.

Highway tolls fell out of favor in the early 1980s after Fairfield County legislators and other groups demanded their removal, citing traffic congestion and a negative impact on business. The effort was galvanized in 1983 after a tractor-trailer truck crashed into a Stratford toll booth, killing seven people and injuring others. Tolls were fully removed two years later.

In the early 1980s, state tolls were generating about $72 million a year, and revenue today could be even higher considering increased traffic.

Deputy House Speaker Bob Godfrey, D-Danbury, said he does not favor tolls, saying he could easily go around a border toll in Danbury. But he said the Legislature will look at whether all oil company receipts should go into the transportation fund.

“There needs to be a serious discussion about how does everyone who drives contribute to the transportation fund. It has to be user fees, not shifting it to people who buy stuff. I have yet to meet a colleague who isn’t facing this problem,” Godfrey said.

Dillon said she’s open to discussing locations for tolls, including border towns, and will give weight to expert recommendations.

Years ago, tolls were scattered around the state, with numerous collection points on interstate highways and the Merritt Parkway. Federal permission is needed to place a toll on a federal highway and one requirement is that all revenue be earmarked for transportation projects.

“We have hundreds and hundreds of bridges that are falling apart. We have a user fee called the gas tax that’s much higher than it needs to be because we don’t have tolls,” LeBeau said.

Tolls could help fund the state’s future infrastructure needs and modern systems with E-ZPass and other collection devices that can limit traffic backup, LeBeau said.

But even LeBeau was not sure tolls can pass the Legislature this year.

“I don’t think so. But we need to see. There has been a change in attitude.”

Gov. Dannel P. Malloy’s office did not respond to numerous requests for comment. During a recent event in Danbury, Malloy said he opposed border tolls, but indicated he may be open to tolls in other places, The News-Times of Danbury reported.

“I am not for border tolls,” Malloy said during a recent Greater Danbury Chamber of Commerce meeting. “But that’s different than considering tolls in other circumstances.”

Veteran state Rep. Steve Dargan, D-West Haven, said he doubts a bill will pass and pointed out the effort has failed before. “I wouldn’t bet on it passing. But it depends on the balance between federal dollars and revenue we get.”

“I don’t see it passing this session, “ said McKinney, the Senate minority leader. “Tolls could have a significant impact on business and border towns and nearby. It would take a groundswell for this to get moving.”