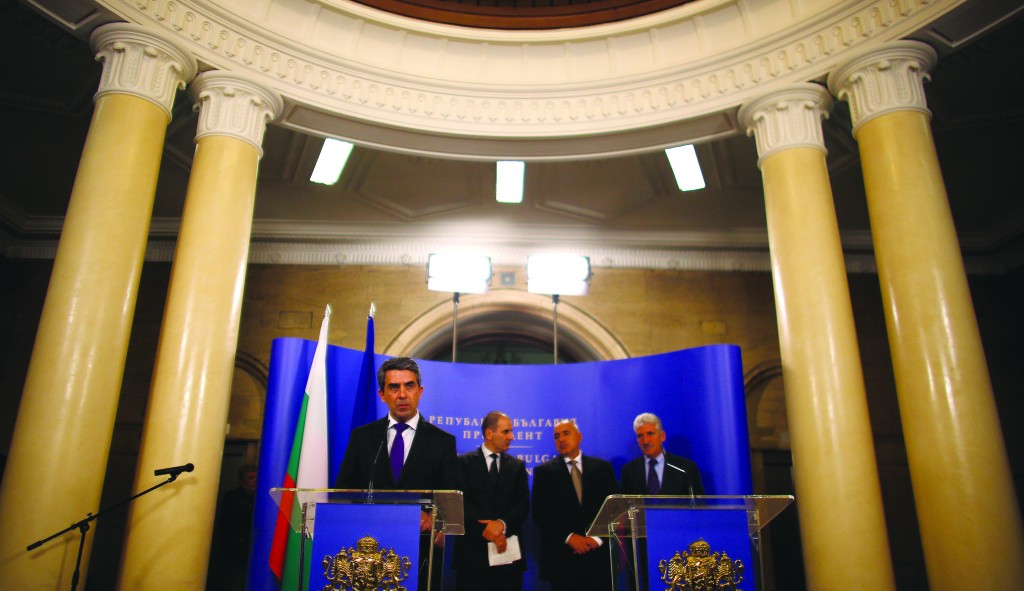 The Bulgarian government’s implication of Hizbullah in the bus bombing that killed five Israeli tourists last July has sparked dissension in that country, according to a Reuters report.

The Bulgarian opposition leader Sergei Stanishev of the Bulgarian Socialist Party (BSP) criticized Tuesday’s statement linking Hizbullah to the terrorist attack, saying on Wednesday the conclusion was “an unjustifiable act that is very dangerous. The government entered into an international political game in an irresponsible manner, without calculating the consequences.”

The nationalist Attack and ethnic Turkish MRF party joined in too, saying it was premature for the rightist government of Prime Minister Boiko Borisov to blame Hizbullah before the investigation has been completed.

The deadly bombing in the coastal city of Burgas raised tensions in the Balkan country, where 15 percent of the 7.3 million population are Muslim, and opposition parties accused the government of acting under Israeli and U.S. pressure.

Suspicion about the Bulgarian government finding was heard outside the country, as well, from at least one journalist dabbling in conspiracy theory. The British newspaper Financial Times’s Middle East correspondent Borzou Daragahi wrote: “I don’t doubt Hizbullah/Iran could be behind Bulgaria bombing, but also think Israel could pay Sofia to say anything.”

Daragahi later apologized, after his comment provoked sharp criticism. “Sincere apologies and regret for ill-conceived [comment] about Israel and Bulgaria,” he wrote on Wednesday.

Bulgaria’s Foreign Minister Nikolai Mladenov denied the allegations, saying the investigation had been independent. “Nobody has ever exercised any pressure over Bulgaria,” Mladenov told Bulgarian media.

In an interview with the Associated Press, Europol Director Rob Wainwright also stated: “The Bulgarian authorities are making quite a strong assumption that this is the work of Hizbullah. From what I’ve seen of the case — from the very strong, obvious links to Lebanon, from the modus operandi of the terrorist attack and from other intelligence that we see — I think that is a reasonable assumption.”

Israel welcomed the Bulgarian government statement on Tuesday, and cited it in urging the European Union to move forward on putting Hizbullah on its list of terrorist organizations.

Germany warned Wednesday of “consequences” for Hizbullah if allegations of its involvement are confirmed.

“If the evidence proves to be true, that Hizbullah is indeed responsible for this despicable attack, then consequences will have to follow,” said Steffen Seibert, a spokesman for German Chancellor Angela Merkel.

However, it may take more than the Bulgarian disclosure to prod the EU to act.

Catherine Ashton, the EU’s foreign policy chief, took “note of the results of the investigation,” adding that it required further “reflection.” And the union’s chief counterterrorism official, Gilles de Kerchove, told a Belgian news agency that being behind a terrorist attack did not automatically result in a terrorist designation.

“It’s not only the legal requirement you have to take into consideration, it’s also a political assessment of the context and the timing,” de Kerchove said

French intelligence expert Claude Moniquet explained in an interview with the Jewish Telegraphic Agency the reluctance of his country, a key member of the EU, to brand Hizbullah a terrorist organization:

“Hizbullah is part of Lebanon’s government,” he said. “Calling it terrorist would limit France’s ties with Beirut and put French targets and personnel in Lebanon at risk of retaliation. The Bulgarian report doesn’t alter this realpolitik. There were always plenty of smoking guns.”

Ronald Lauder, president of the World Jewish Congress, said he would use an already scheduled meeting this week with French President President Francois Hollande to press him on the issue, JTA reported.

European Jewish groups generally have little sympathy for the French and other countries’ reservations. European Jewish Congress President Moshe Kantor said the decision to label Hizbullah a terrorist group “should not be subject to political considerations but whether proscribing Hizbullah will hinder its continuing efforts to murder innocent civilians.”

The European connection is a vital one for Hizbullah, according to analysts. Wim Kortenoeven, a former Dutch lawmaker and author of a book on Hamas, calls Europe Hizbullah’s “money laundromat and piggy bank.”

David Suurland, a lecturer at Leiden University’s school of law and an expert on radical Islam, points out that the Bulgarian report could be used to force the EU into severing ties with Hizbullah-affiliated bodies, including the Lebanese government. This, in turn, could remove incentives to shield the terrorist group from being labeled as such, Suurland said, since it would violate a number of international treaties.

Meanwhile on Wednesday, a Hizbullah spokesman denied his group was behind the attack.

Israel has accused Hizbullah of perpetrating the attack since it occurred, and Prime Minister Netanyahu on Wednesday told relatives of victims the Burgas attack that those responsible for the killings “will pay the price,” though he did not elaborate.