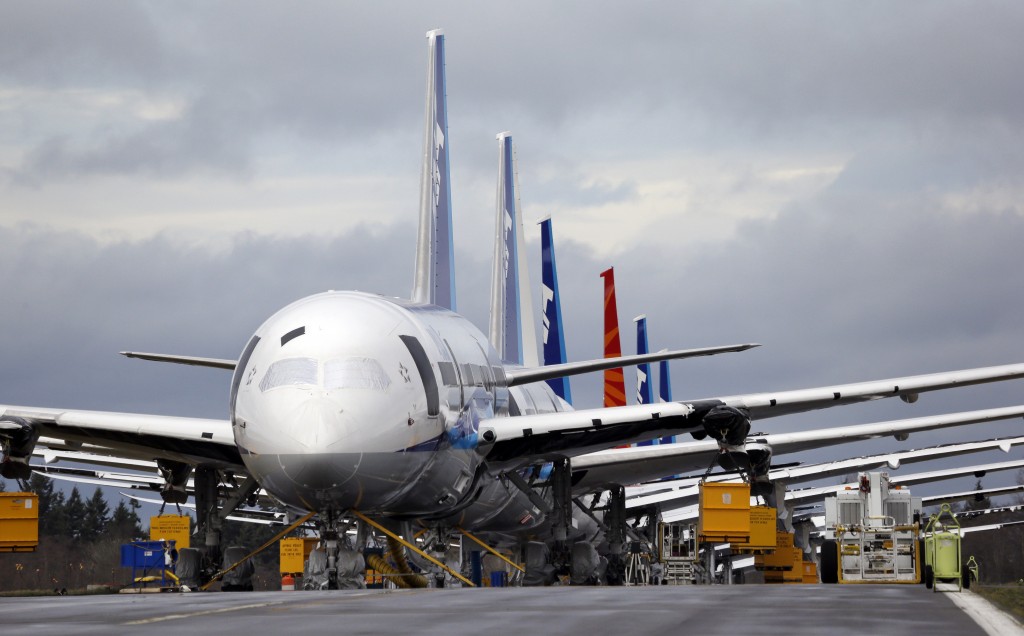 The battery woes that have indefinitely grounded Boeing 787’s have raised questions about how the Federal Aviation Administration certified the cutting-edge aircraft.

But few may realize it was Boeing, not FAA inspectors, that largely vouched for the Dreamliner’s safety.

The tests on the lithium-ion batteries at the center of Boeing’s unprecedented crisis were conducted by the company. And the people the FAA designated on its behalf to ensure that the batteries conformed to its safety regulations also were Boeing employees.

That shift toward “self-certification” accelerated during the past decade even as critics say advances in aerospace technologies have created greater need for closer independent scrutiny. Under streamlining begun in 2005, the FAA has granted Boeing in-house oversight for new planes in production and approval of major repairs and alterations.

In a 2011 review, the inspector general of the Department of Transportation found the FAA in one case delegated some 90 percent of the determination for regulatory compliance for new aircraft design to outside representatives. The Inspector General’s Office would not identify the company, but the report focused on Boeing, Cessna Aircraft and Bombardier.

The FAA is examining its own certification of the 787 in 2011, even as an international probe continues into what caused a fire and another battery malfunction last month that sidelined Boeing’s new flagship jet.

Bret Jensen, a spokesman for Boeing, responded that the 787 was subject to greater scrutiny from the FAA than any previous jetliner.

Critics say the FAA’s heavy reliance on manufacturers to attest to the safety of their own products has largely relegated the agency to an administrative role, and has left it without the expertise and manpower to adequately challenge and revise safety standards.

For example, the FAA allowed Boeing more than three dozen deviations from existing safety requirements for the composite-frame 787. Called “Equivalent Levels of Safety,” they were Boeing’s alternative proposals for complying with regulations concerning fuel-tank flammability, auxiliary power unit installation and other design and operational matters.

The FAA issued so many exceptions for the 787 that it “represents an aircraft that sort of meets the regulations,” contends Michael Dreikorn, principal partner at ASD Experts, an aviation consulting firm in Bokeelia, Fla.

Dreikorn, a former FAA official who was vice president of quality and regulatory compliance for jet-engine maker Pratt & Whitney, believes the FAA should have applied more of its own expertise and direct oversight to the 787’s many new technologies. Dreikorn has been a paid expert in a whistleblower lawsuit filed by Boeing employees in Wichita, Kan., claiming manufacturing defects in some 737-Next Generation planes.

One question now is whether FAA engineers adequately gauged the risks posed by the 787 battery, which the agency called a novel technology. The FAA approved its use in 2007 – four years after Boeing first applied to build the jet – but attached nine conditions to reduce potential hazards.

Lithium-ion batteries are well-known for being much more flammable than older nickel-cadmium batteries, with fires that are all but impossible to extinguish until a battery’s solvent-based liquid electrolytes burn out.

Among other things, the FAA required the battery design to prevent the possibility of spreading, uncontrolled overheating. That danger, known as “thermal runaway,” is exactly what occurred in the first of two 787 incidents, when a fire broke out aboard a Japan Airlines 787 after it landed in Boston’s Logan Airport on Jan. 7. The National Transportation Safety Board said the battery showed signs of short-circuit and thermal runaway.

The FAA also had decreed that any battery malfunction not damage surrounding electrical systems and equipment enough to cause a more serious failure. Yet the Japanese plane sustained damage to the adjacent electronics bay, although the NTSB has yet to determine whether the battery – located beneath the cabin in the plane’s rear and accessible only from the outside – could have disabled critical flight controls had the fire occurred in midair.

Mary Schiavo, former inspector general for the Transportation Department, said the FAA’s extra safeguards for the battery instead turned out to be a blueprint for malfunctions.

“This regulation predicted that this would happen,” Schiavo said.

She questioned the FAA’s decision to “contain a failure, not eliminate it.” She contends the agency perhaps should have pushed Boeing harder to consider alternatives to lithium-ion technology.