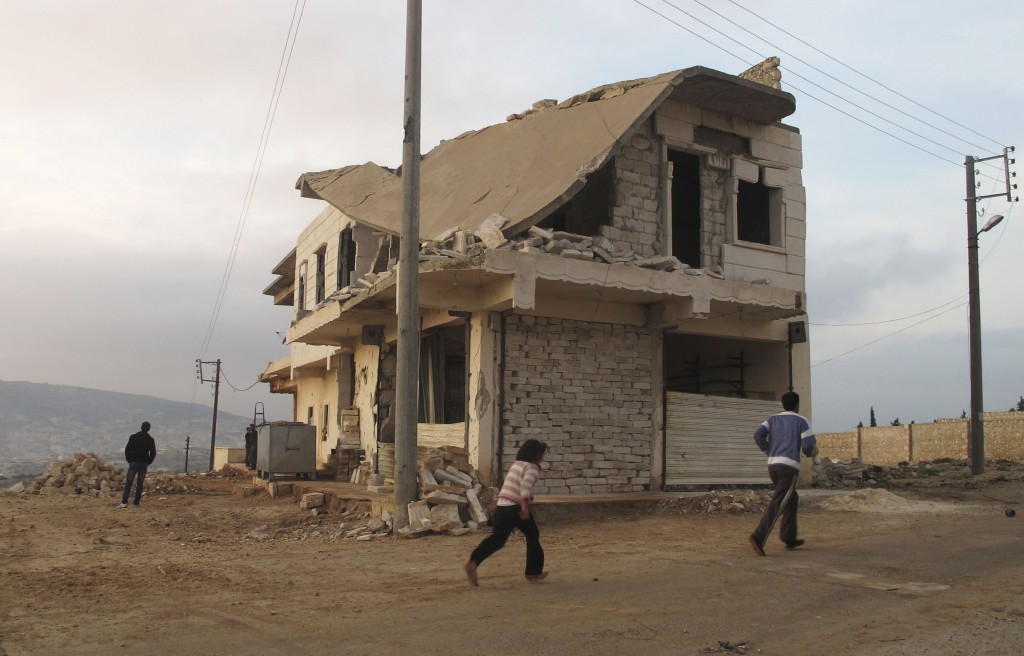 A proposal by a Syrian opposition leader for peace talks suffered two sharp blows Tuesday, with both a ruling party lawmaker and the largest bloc inside the anti-regime coalition rejecting the idea.

After 22 months and more than 60,000 dead, Syria’s crisis appears to have reached a stalemate, with neither side making significant battlefield gains likely to bring about a military victory any time soon.

The U.S. and other world powers have pushed for a negotiated solution — a bid which appeared to get a boost this week when the head of the opposition’s National Alliance said he would be willing to negotiate with certain figures from President Bashar Assad regime “who don’t have blood on their hands.”

In an interview with Al-Arabiya channel on Monday, Mouaz al-Khatib said the regime must “negotiate with the goal of removing (Assad) from power to spare bloodshed.” Khatib demanded the regime free 160,000 political prisoners and renew the passports of Syrian activists abroad.

That proposal was attacked from both the regime and the opposition on Tuesday, effectively extinguishing the first glimmer of hope in months that the civil war can be resolved through a negotiated solution.

In Damascus, prominent Syrian Parliamentarian Fayez Sayegh told The Associated Press that any dialogue must begin without preconditions. He also called Khatib’s number of opposition supporters in Syrian custody “exaggerated,” although he did not give an alternate number.

“What is important is for Syrians to meet and agree on common ground for talks,” Sayegh said, adding that al-Khatib’s proposals, such as the prisoner release, should come “as a result of a dialogue, not before it begins.”

Human rights organizations say tens of thousands of opposition leaders, protesters and their families are being held by state security services in Syria.

Late Tuesday, the Syrian National Council, whose members make up a majority in the opposition coalition, blasted al-Khatib, calling his proposal an “individual decision” that had not been discussed or decided upon by the coalition.

It said the coalition’s founding document states that its goal is to “topple the regime and all of its symbols and pillars” and said such moves weaken the opposition.

Al-Khatib’s offer followed meetings he had held separately with Russian, U.S. and Iranian officials on the sidelines of a security conference in Munich over the weekend. Russia and Iran are Syria’s two closest allies.

Washington hailed al-Khatib’s willingness for dialogue, but said the offer should not include immunity for those responsible for killing civilians.

“We’ve long said that those with blood on their hands in Syria need to be held accountable,” State Department spokeswoman Victoria Nuland said Monday, adding that the regime should accept al-Khatib’s offer to talk if “it has any interest in peace.”

Also Tuesday, fighting between rebels and government troops broke out near a border crossing with Jordan, leaving 17 civilians — including two Jordanians — wounded, a Jordanian security official said. He spoke on condition of anonymity as he was not allowed to brief reporters.