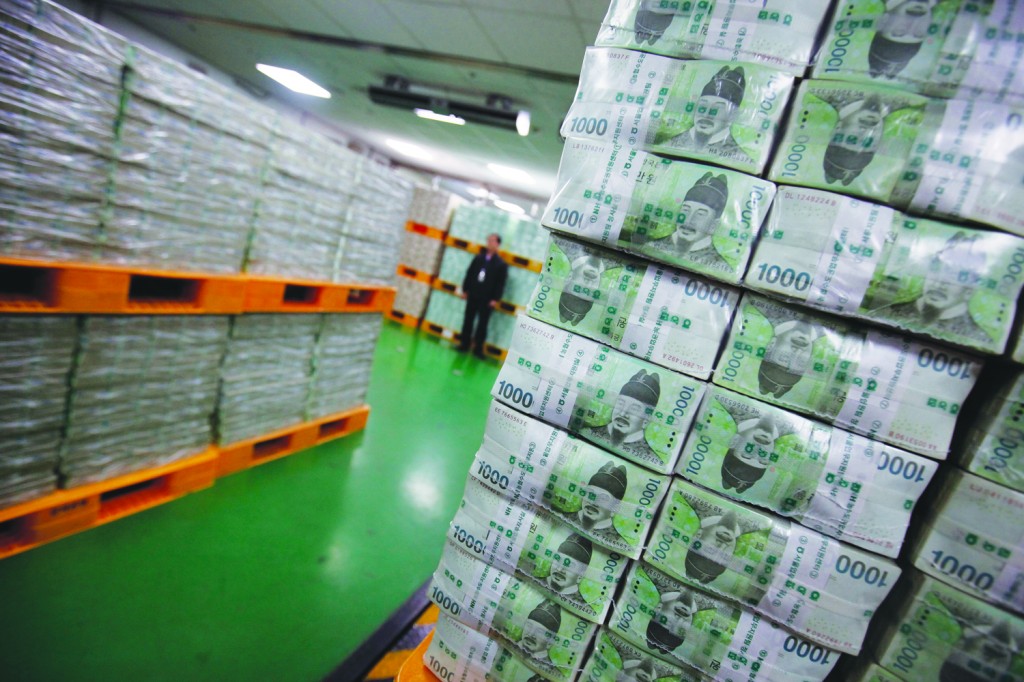 North Korea stepped up its bellicose rhetoric on Tuesday, threatening to go beyond carrying out a promised third nuclear test in response to what it believes are “hostile” sanctions imposed after a December rocket launch.

Pyongyang frequently employs fiery rhetoric aimed at South Korea and the United States and in 2010 was blamed for sinking a South Korean naval vessel. It also shelled a South Korean island in the same year, killing civilians.

It did not spell out the actions it would take. North Korea is not capable of staging a military strike on the United States, although South Korea is in range of its artillery and missiles and Japan of its missiles.

“The DPRK [Democratic Peoples Republic of Korea, or North Korea] has drawn a final conclusion that it will have to take a measure stronger than a nuclear test to cope with the hostile forces’ nuclear-war moves that have become ever more undisguised,” the North’s KCNA state news agency said.

The United States and South Korea are staging military drills that North Korea says are a rehearsal for an invasion, something both Washington and Seoul deny.

“We are all concerned that despite the strong measures taken in [U.N. Security Council Resolution] 2087, the provocative rhetoric continues, which means we’ve all got to stay unified in watching this and making absolutely clear to Pyongyang that if it takes further actions, so will we,” she told reporters.

North Korea successfully launched a long-range rocket in December in violation of U.N. resolutions that banned it from developing missile or nuclear technology after nuclear tests in 2006 and 2009. UNSC 2087 was adopted in late January in response to the December launch.

North Korea says that it has the sovereign right to launch rockets for peaceful purposes, even though the multiple U.N. resolutions make this illegal under international law.

It announced plans for a third nuclear test in response to the sanctions agreed upon in January, although satellite imagery indicates that the isolated and impoverished state has been readying its test site for more than a year.

While most experts believe North Korea will stage a test, the timing is not known. It could come around Feb. 16, the anniversary of former leader Kim Jong-il’s birth.

Another unknown is what North Korea will use as fissile material. In the past it has used its diminishing supply of plutonium stocks, but is believed to have enriched weapons-grade uranium that would give it a second path to a nuclear bomb.

U.S. nuclear expert Siegfried Hecker, who visited a North Korean nuclear facility in 2010,  believes North Korea could stage two explosions, one using plutonium so as to perfect its capacity to design a warhead small enough to be mounted on a missile, and a second using highly enriched uranium.

“Such [dual] tests have some technical limitations and are more challenging to conduct, but they have the huge advantage of not incurring additional political cost – in other words, they can get two for the price of one,” Hecker wrote in the Feb. 4 issue of Foreign Policy magazine.

Pyongyang’s two tests so far have been puny. The yield of the 2006 test is estimated at somewhat less than 1 kiloton (1,000 tons of TNT equivalent) and the second some 2-7 kilotons, compared with say 20 kilotons for a Nagasaki-type bomb, Hecker wrote.

North Korea has in the past used the leverage gained from its nuclear and rocket tests to try to restart six-party talks aimed at securing international recognition and aid for the country whose only major diplomatic backer is China.

There are few signs that the United States is willing to talk after North Korea rebuffed a food aid deal in March 2012 by launching a long-range rocket after having promised not to.

Park has pledged talks and aid if the North gives up its nuclear ambitions.