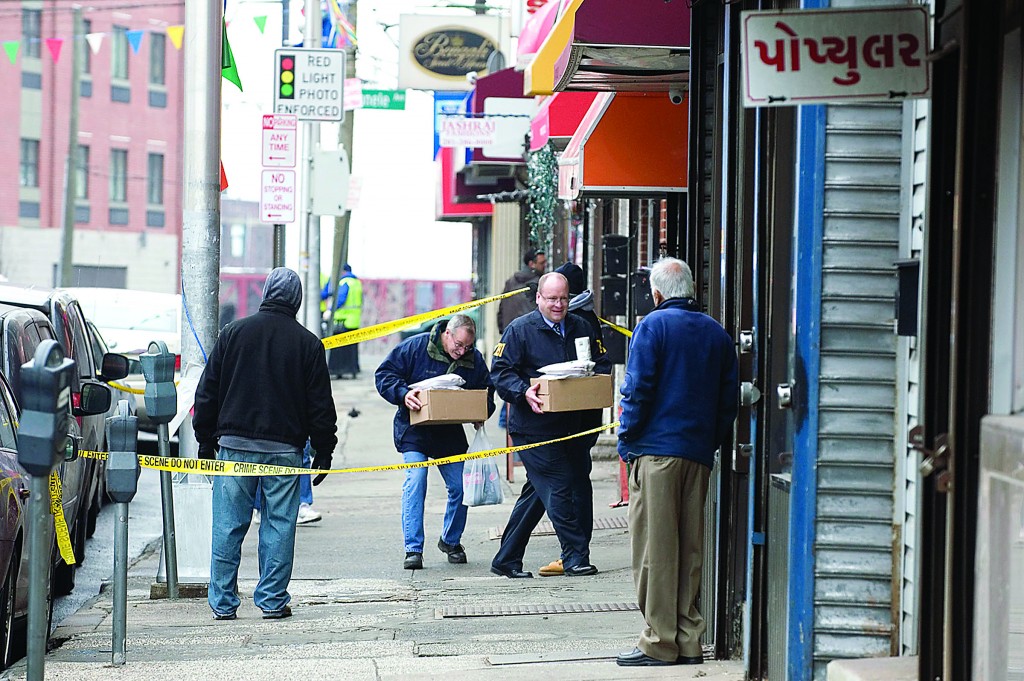 Eighteen people were charged in what may be one of the nation’s largest credit card fraud rings, a sprawling international scam that duped credit-rating agencies and used thousands of fake identities to steal at least $200 million, federal authorities said Tuesday.

“In many respects the accused availed themselves of a virtual cafeteria of sophisticated frauds and schemes, whose main menu items were greed and deceit,” said David Velazquez, assistant special agent in charge of the FBI’s Newark field office.

Paul Fishman, the U.S. attorney in Newark, described an intricate Jersey City-based con that began in 2007, operated in at least 28 states and wired money to Pakistan, India, the United Arab Emirates, Canada, Romania, China and Japan.

The group used at least 7,000 fake identities to obtain more than 25,000 credit cards, Fishman said. He said $200 million in documented losses could rise.

Participants set up more than 1,800 mailing addresses, creating fake utility bills and other documents to provide credit card companies with what appeared to be legitimate addresses. Once participants obtained the cards, they started making small charges and paying off the cards to raise their credit limits.

They then sent fake reports to credit-rating agencies, making it appear that cardholders had paid off debts, setting the stage for sterling credit ratings and high credit limits.

Fishman said once the credit limits were raised, members would take out a loan or max out the credit card and not repay the debts.

The group also created at least 80 sham businesses that accepted credit card payments, Fishman said. The group would run the fraudulently obtained credit cards through the machines, keeping the money.

The scheme funded a lavish lifestyle for the accused, including spa treatments, electronics and millions of dollars of gold, Fishman said. In one raid, authorities found $68,000 stashed in an oven.

Thirteen defendants were arrested Tuesday. Four were arrested previously; of them three have pleaded guilty. Others have not yet been charged and the investigation was ongoing, Fishman said.

All were charged with one count of bank fraud.