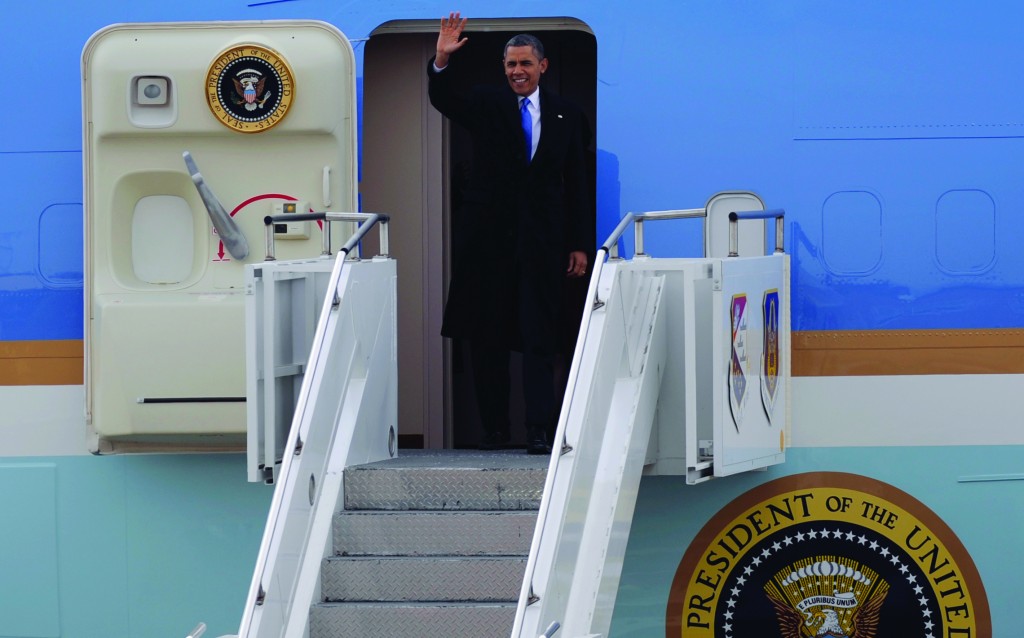 With his gun proposals dividing Congress, President Barack Obama conceded Monday the challenges he faces in winning support for measures ranging from criminal checks on gun buyers to an assault weapons ban. But, he declared: “We don’t have to agree on everything to agree it’s time to do something.”

Obama argued that there’s bipartisan support for universal background checks and for gun trafficking laws. But, acknowledging the political challenges he faces, he would say only that the assault weapons ban deserves a vote in Congress.

“Changing the status quo is never easy,” Obama said. “This will be no exception. The only way we can reduce gun violence in this county is if the American people decide it’s important, if you decide it’s important — parents and teachers, police officers and pastors, hunters and sportsmen, Americans of every background stand up and say, ‘This time, it’s got to be different.’”

Before his remarks, Obama held a roundtable discussion at the Minneapolis Police Department Special Operations Center, speaking with law enforcement and community leaders.

Obama made his pitch in Minnesota, a Democratic-leaning state where officials have been studying ways to reduce gun-related attacks and accidents for several years. It was the first he has campaigned on his proposals outside of Washington.

The president unveiled his sweeping package of proposals for curbing gun violence last month after the mass shootings at a Newtown, Conn., elementary school. But many of the proposals face tough opposition from some in Congress and from the National Rifle Association.

Reinstatement of the assault weapons ban, which expired in 2004, is expected to be the steepest climb for Obama. Universal background checks for gun purchasers may have an easier time passing Congress, though the NRA also opposes that measure.

White House press secretary Jay Carney, speaking to reporters aboard Air Force One, said Obama remained committed to the assault weapons ban and it was too early to write off prospects for any part of the package.

“We all recognize that all the components of this are difficult and face challenges, some perhaps even more than others,” Carney said. “But the president’s support is firm and clear.”