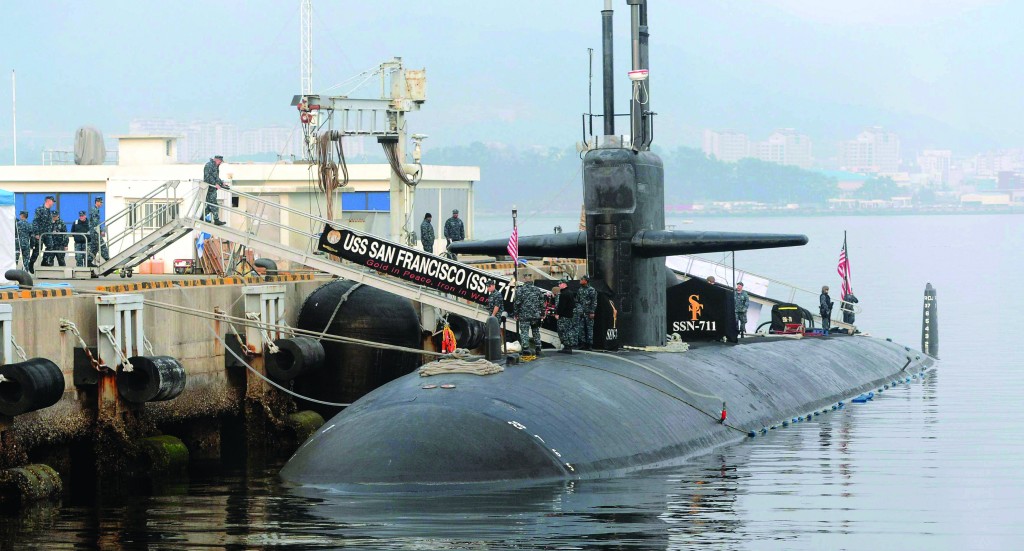 South Korean and U.S. troops began naval drills Monday in a show of force partly directed at North Korea amid signs that Pyongyang will soon follow through on a threat to conduct its third atomic test.

The region has also seen a boost in diplomatic activity since last month, when North Korea announced it would conduct a nuclear test to protest U.N. Security Council sanctions toughened after a satellite launch in December that the U.S. and others say was a disguised test of banned missile technology.

Pyongyang’s two previous nuclear tests, in 2006 and 2009, both occurred after it was slapped with increased sanctions for similar rocket launches. As it issued its most recent punishment, the Security Council ordered North Korea to refrain from a nuclear test or face “significant action.”

He said there are “very busy activities” taking place at North Korea’s nuclear test site “and everybody’s watching.” The ambassador said he expects the Security Council to respond with “firm and strong measures” in the event of a nuclear test.

On Monday, the South Korean and U.S. militaries kicked off three days of exercises off the Korean Peninsula’s east coast that involve live-fire exercises, naval maneuvers and submarine detection drills.

South Korea’s Joint Chiefs of Staff said the maneuvers are part of regular joint military training that the allies had scheduled before the latest nuclear tensions began. But the training, which involves a nuclear-powered American submarine, could still send a warning against possible North Korean provocation, a South Korean military official said, requesting anonymity because of department rules.