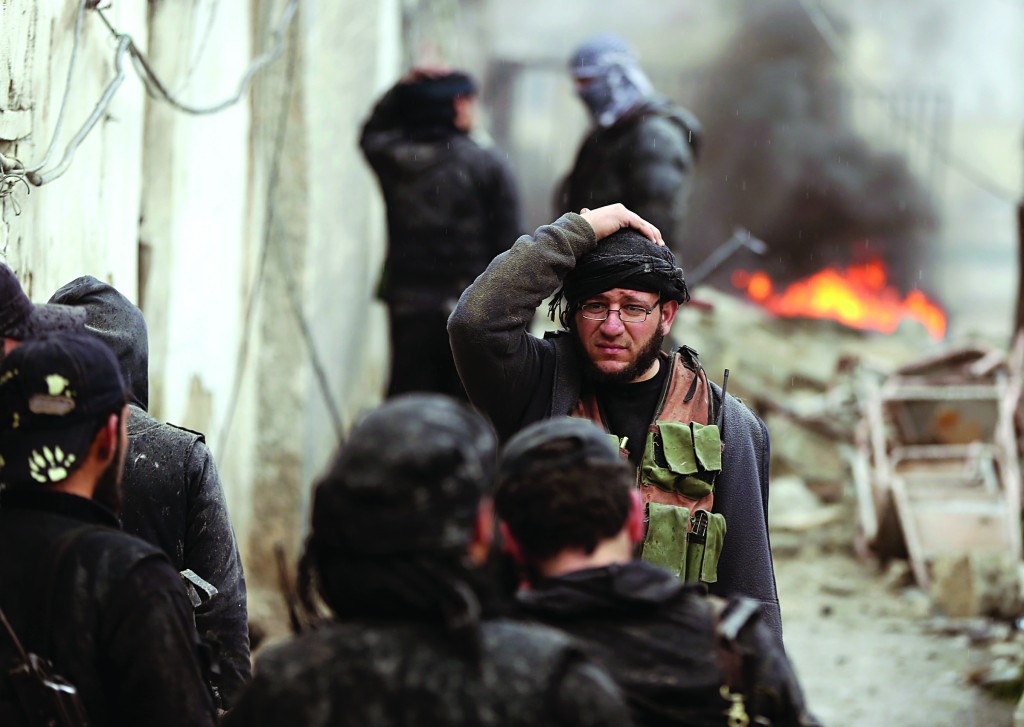 Syria’s top opposition leader declared on Wednesday that he is willing to negotiate with members of President Bashar Assad’s regime to bring a peaceful end to the country’s civil war, provoking an outcry from opposition groups that insist Assad must step down first.

The remarks by Moaz al-Khatib marked a clear departure from the opposition line, which has been categorical refusal to talk to the government.

Opponents of the Assad regime have been divided among political and military groups, many of them out of touch and at odds with each other. The political groups range from secular liberals to al-Qaida-linked Islamist terrorists, while many of the armed rebel units operate independently. The divisions have hampered their progress and deterred potential backers from sending significant supplies of weapons or funds.

Al-Khatib was chosen in November to head the Syrian National Coalition, a new umbrella group designed to represent most of the rebels and soothe Western concerns about the ability of the opposition to pull together and present a viable alternative to Assad’s rule.

His offer to talk to regime officials threatened to fracture the opposition once again. After an outcry, al-Khatib said he was just expressing his own opinion.

The proposal was almost unanimously rejected by the opposition.

In his surprise turnabout, al-Khatib said he was willing to talk with representatives of Assad’s regime “in Egypt, Turkey or Tunisia” on condition the government releases tens of thousands of political prisoners and renews all expired passports held by Syrians abroad — a reference to exiled opposition leaders and activists who have been stripped of their Syrian passports.