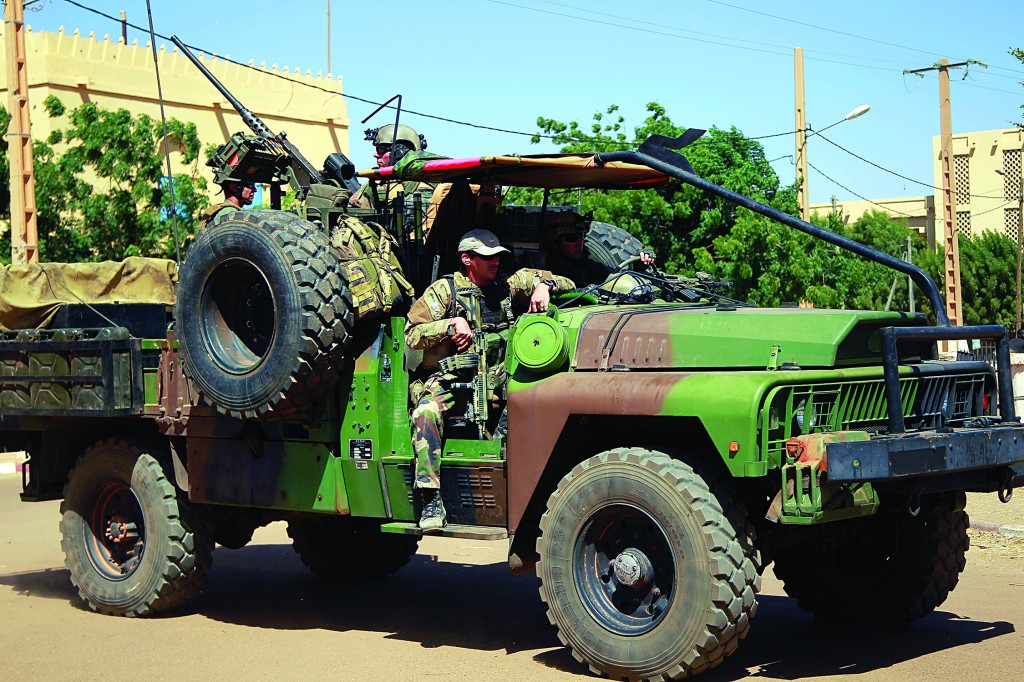 French forces met no resistance Wednesday in Kidal, the Islamists’ last major town, as the two-week-old mission scored another success in its effort to dislodge the al-Qaida-linked terrorists from northern Mali.

The capture of Kidal came just days after French and Malian forces retook two other provincial capitals — Gao and Timbuktu — that also had been under harsh Islamic rule for nearly 10 months.

“Nobody questions France’s rapid deployment but the ability to hold on to the cities and territory is an immense challenge. It is not clear how they will be able to sustain the recent gains,” said Alex Vines, head of the Africa program at Chatham House.

“The Islamist extremists have not been defeated; they have melted into the heat haze of the desert.”

Many fear the Islamists now will attempt to hide among civilian populations in small outlying villages, only to return and attack the weaker African forces once the French are gone.

The Islamists are believed to have an elaborate system of caves and other desert hideouts that they have constructed over the last year as momentum for a West African regional military intervention stalled.

The Islamists fired on French forces when they arrived in Gao, though the militants had deserted Timbuktu by the time forces arrived there on Monday, damaging the airport’s runway in acts of vengeance as they fled.

“The French arrived at 9:30 p.m. aboard four planes, which landed one after another. Afterwards they took the airport and then entered the town, and there was no combat,” said Maiga, who had been in touch with people in the town by satellite phone as all the normal phone networks were down.

France, the former colonial ruler, began sending in troops, helicopters and warplanes on Jan. 11 to turn the tide after the armed Islamists began encroaching on the south, toward the capital. French and Malian troops seized Gao during the weekend, welcomed by joyous crowds. They took Timbuktu on Monday.

“Now it’s up to African countries to take over,” French Foreign Minister Laurent Fabius told Le Parisien newspaper. “We decided to put the means — in men and supplies — to make the mission succeed and hit hard. But the French aspect was never expected to be maintained. We will leave quickly.”