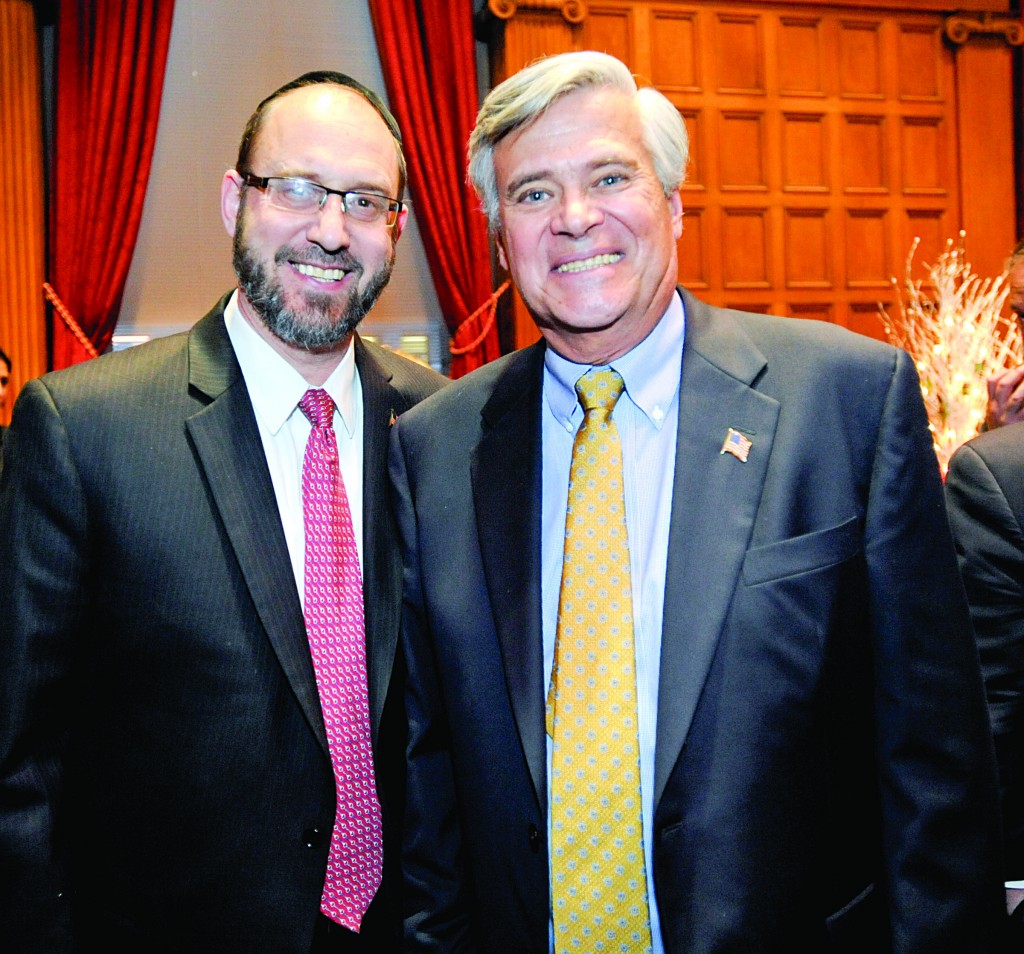 Mr. Felder, a Brooklyn Democrat representing the largest number of yeshivos in the nation, will have a hefty say, according to the Senate rules, on “any bill referenced to the Education Committee whose subject matter shall solely impact education matters in New York City.”

“All New York City schools and children are facing unique educational challenges which demand and deserve creative and innovative solutions,” Mr. Felder said in a statement yesterday morning. “I am confident that together with my Senate colleagues, we will identify and implement positive changes for over one million students who are counting on us.”

Hamodia reported the news two weeks ago, citing a source close to the Senate majority, but it was not officially declared until yesterday.

The new six-man committee will supervise the $24 billion education system which educates 1.1 million students, more than double any other city in the nation. Importantly for Mr. Felder, it will also have a powerful say on funding private and parochial schools, bus transportation for late homecoming yeshiva students and cutting the bureaucracy surrounding cultural sensitivities in special education.

While nominally a Democrat, Mr. Felder is caucusing with the Republicans. He sounded like a conservative when he promised to focus on transportation issues for yeshivos, and reducing the control unions have over yellow busing.

“Almost anything that government gets involved with, the private sector can do it cheaper and better,” Mr. Felder said. “Now, there are some things that can be an exception. You can’t just have a private police force … but anything else, especially service things like that, we know for a fact that [the private sector is better].”

“They are paying over $6,000 to bring every public school kid to school,” the senator said. “Yeshivos can do it at half the price and still make money on it.”

The current school bus driver strike, now in its third week, may afford the legislature the opportunity to wrest control away from the unions. While union proponents have long argued that the city cannot break a contract signed with the union, they are currently working without a contract.

As for his agenda to improve the public school system, Mr. Felder said that he does not yet have a Senate schedule but would like to hold hearings on increasing the number of therapists working with the children.

“Right now there is one guidance counselor for every 200 children, which is outrageous,” Mr. Felder said. “Explain how anybody could do anything with that.”

But first Mr. Felder must find out the team joining him on the subcommittee, created by Senate majority leader Dean Skelos (R-Rockville Centre) when he joined the GOP caucus in November.
Mr. Felder said he assumes that Marty Golden of Brooklyn and Andrew Lanza of Staten Island, the only Republican state senators in New York City, will be part of the subcommittee. Malcolm Smith of the Bronx, a member of the Independent Democratic Conference, the five-member breakaway Democratic group who gave Mr. Skelos his majority, may also join.
Mr. Felder, formerly a New York City deputy comptroller, ran on a platform of easing the tuition burden for yeshivah parents. While Sen. John Flanagan (R-Long Island) chairs the broader education committee, legislation pertaining specifically to New York City will first have to go through Mr. Felder’s committee.
While it would not allow him to directly fund yeshivos or organizations, Mr. Felder’s perch would give him a dominant leverage in negotiations with Mayor Michael Bloomberg.
This comes as mayoral control for the city’s public schools, granted Mr. Bloomberg in a historic state legislature vote in 2002, expires in the summer of 2015. Mr. Felder would then be the prevailing voice in the debate whether to renew it or not. The election to replace Mr. Bloomberg, who is term limited, is this November.
Mr. Felder will also chair the Children and Families committee, which has a strong say on how the local municipalities distributes school vouchers, a major issue in the Orthodox community. Mr. Felder said that as part of this committee, he plans to push legislation relating to affordable day care and youth programs.
Mr. Felder is also serving as a member on the Aging; Commerce, Economic Development and Small Business; and Health and Mental Health committees.
Previous Next