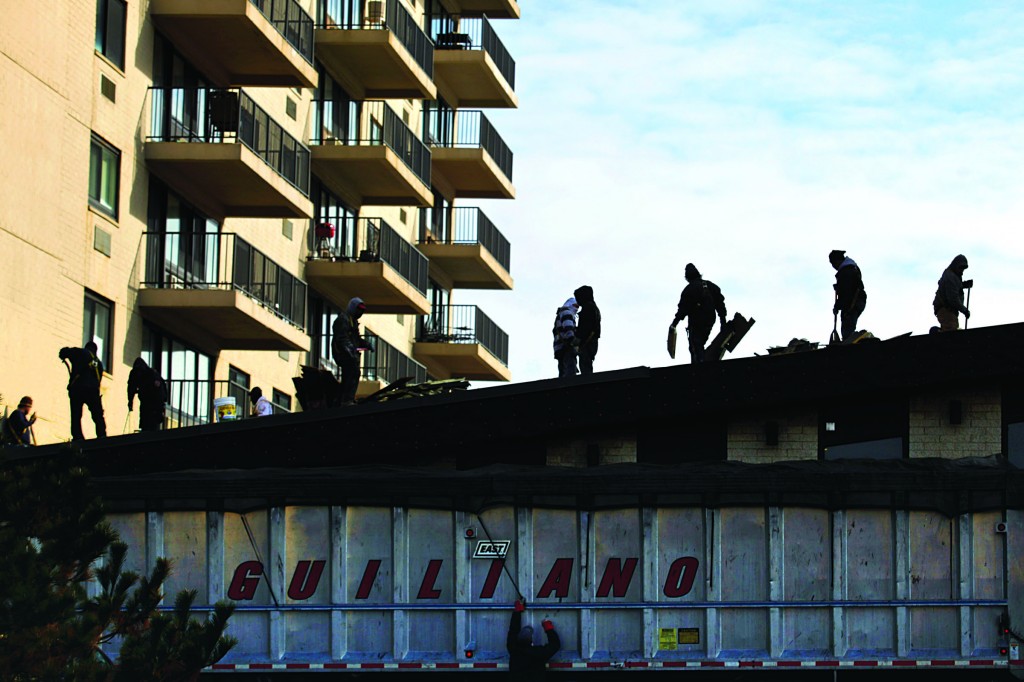 Devon Lawrence stacked bricks on the gas burner of his kitchen stove and turned up the blue flame, creating a sort of radiator that warmed the ice-cold room.

His house in Far Rockaway hasn’t had working heat since Superstorm Sandy’s floodwaters destroyed the oil burner in the basement. Now mold is growing upstairs because the house has been cold and damp for so long.

Lawrence wakes early every morning to heat the bricks and light a kerosene space heater while his 75-year-old mother sits in bed in a hat and gloves.

“That way she doesn’t freeze,” said Lawrence, a former Army medic who served in Afghanistan and Iraq. “Even the dog is cold.”

Three months after Sandy, thousands of storm victims in New York and New Jersey are waiting for the heat to come on, for insurance money to come through, for loans to be approved. Waiting for their upended lives to get back to normal.

While Congress passed a $50.5 billion emergency aid package on Monday, many say the rebuilding has been complicated by bureaucracy. Some people are still living in mold-infested homes, while others are desperately trying to persuade the city to tear theirs down. Illegal immigrants who don’t qualify for federal aid are struggling to scrape by. Small businesses are shutting down in neighborhoods where nobody seems to shop anymore.

“The infrastructure and the homes that were in place that Sandy took away took a lot longer than 90 days to be built up and put into place,” said Michael Byrne, who is overseeing FEMA’s Sandy response in New York State. “If there’s any assurances I can give folks that feel that way, we’re not leaving until we get it done.”

“This is a war zone down here still,” said Donna Graziano, who has been running a 24-hour relief hub on Staten Island in a tiny white tent heated by a generator. “This looks no better than it did three months ago.”

On a recent snowy evening, at least a dozen people huddled over plates of food in Graziano’s tent, which has become a gathering place where displaced residents can exchange greetings and get updates.

Anthony DiFrancisco refuses to move his family of seven out of his mold-infested ranch home on Staten Island. Until about two weeks ago, the family had been living without heat or hot water, relying on electric heaters to keep warm and showering at friends’ homes.

“We’re cleaning the mold as we go,” he said. “I’m cleaning it with the bleach and doing it a little bit at a time, so we don’t kill everybody.”

Mold remediation usually requires people to move out of their homes for days at a time, and the job can cost as much as $15,000. Some homeowners complain that the lump-sum payments they get from FEMA aren’t big enough to cover mold removal along with rent and other repairs.

The past three months haven’t been easy for small-business owners like Violet Sanabria, whose flower shop in Hoboken, N.J., was filled with floating lilies and roses when the water rushed in. Sanabria spent weeks cleaning up Vera’s Flower Shop, where she has worked for seven years and officially became the owner — a long-coveted dream — on Nov. 1.

She has yet to receive any insurance money.

“The storm just killed everything,” she said. “We used to make 24 orders a day. Now we’re down to one if we’re lucky.”

Sanabria fears she may have to close the shop. “When are we going to see the light?” she asked.