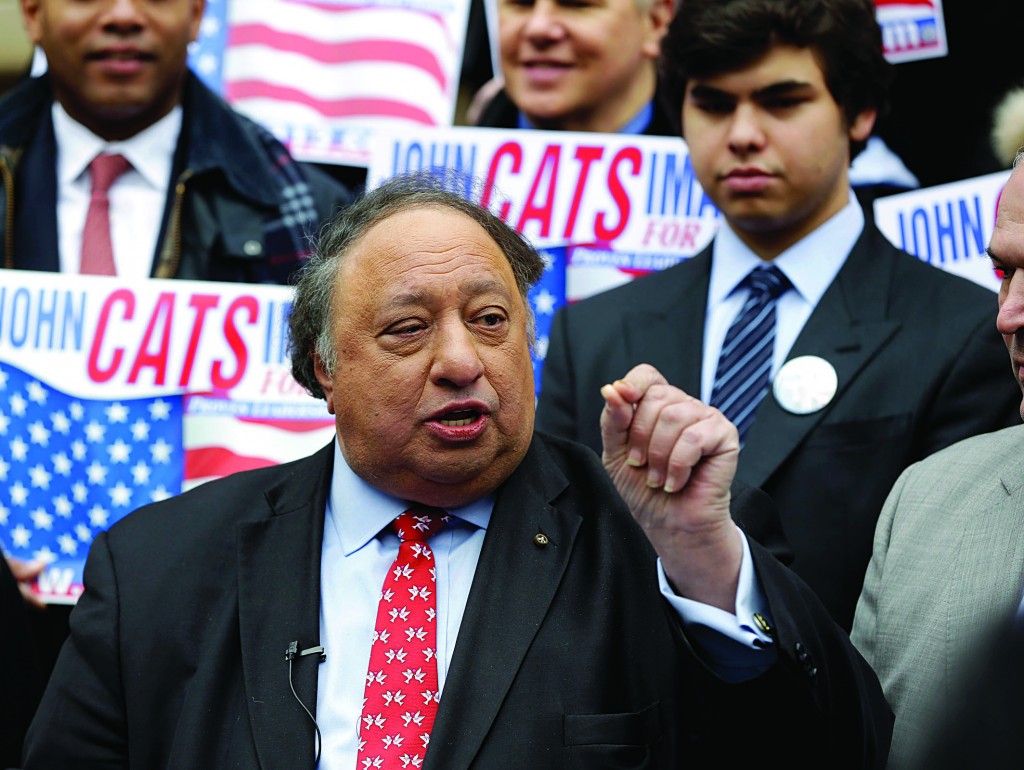 NEW YORK (AP) -
Wednesday, January 30, 2013 at 9:06 pm | י"ט שבט תשע"ג
From one billionaire mayor of New York City to another? Businessman John Catsimatidis is hoping so.
Catsimatidis, whose business interests include grocery stories, oil and real estate, announced his entrance into the mayoral race on Tuesday on the steps of City Hall.
“It’s not that I’m only a business person. I’m from 135th Street. I’ve never forgotten where I came from,” he said, speaking to supporters. “… I’m not a Mike Bloomberg billionaire. I’m not wearing a $5,000 suit.”
He also said he differs from Bloomberg on some specific matters, including the mayor’s unsuccessful congestion pricing plan.
But he gave Bloomberg and Police Commissioner Raymond Kelly credit for the low crime rates of recent years, among other improvements.
“The world has confidence in our city,” he said. “… We have to maintain that confidence.”
Catsimatidis, whose fortune Forbes pegged at $1.7 billion in 2010, said he would spend “whatever we have to spend” on his campaign “if it’s going our direction.”
Other Republicans who have thrown their names into the ring or are likely to include former MTA Chairman Joseph Lhota, Tom Allon, a publisher, and George McDonald, head of a nonprofit that helps the homeless. Former Bronx Borough President Adolfo Carrion, a former Democrat, might run as an independent on the Republican line.
Announced Democratic contenders include former city councilman Sal Albanese, Public Advocate Bill de Blasio, Comptroller John Liu, City Council Speaker Christine Quinn and former comptroller Bill Thompson.
Catsimatidis’ family left Greece for the United States when he was an infant. He began his career in the grocery business and branched out into oil, real estate and other areas.
He invoked his immigrant origins, public school education and people-person nature as selling points for his bid.
“I have the temperament to be the mayor of New York because I love all people,” he said.
Previous Next