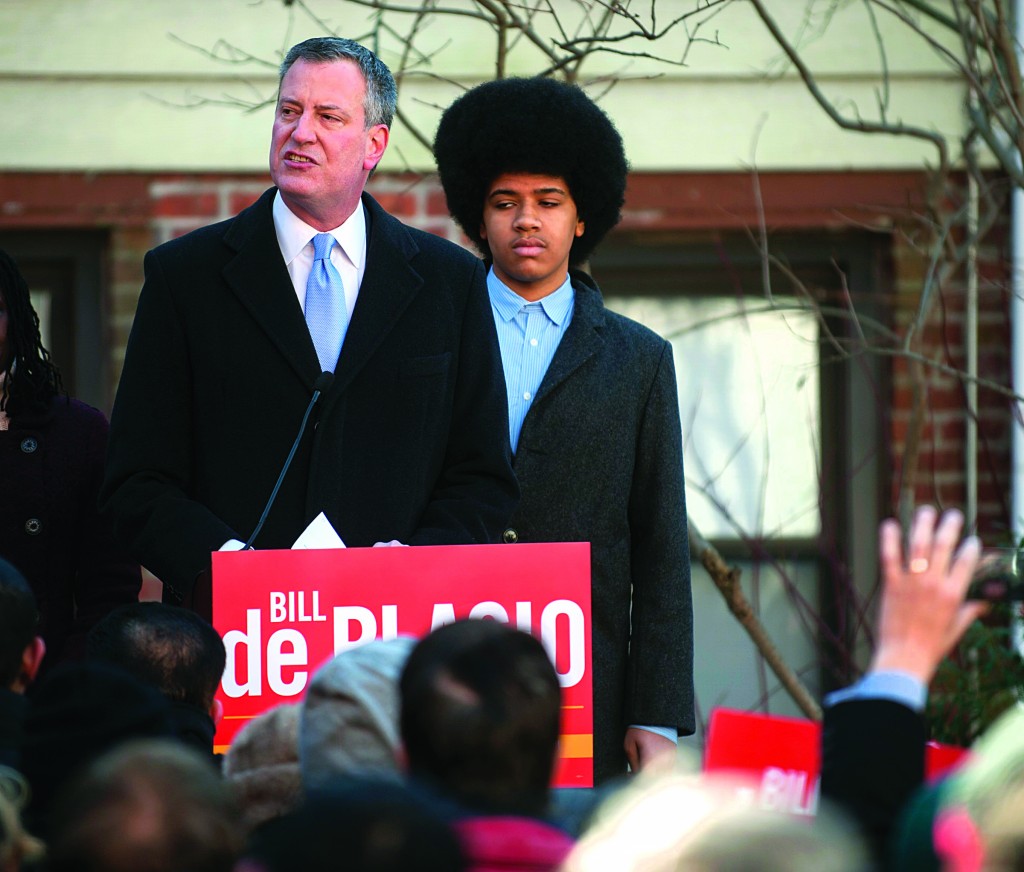 New York City Public Advocate Bill de Blasio announced on Sunday his bid for the mayor’s seat, promising to pay attention to working-class New Yorkers he says have been ignored or “priced out” under Mayor Michael Bloomberg.

The 51-year-old Democrat made the announcement outside his home in Brooklyn’s Park Slope, with the slogan: “We only succeed if we leave no New Yorker behind.” He said he’ll conduct a “true citywide campaign,” starting Monday in all five boroughs.

The city’s public advocate serves as a direct link between the electorate and city government, effectively acting as an ombudsman or “watchdog” for New Yorkers. De Blasio was elected to the office in 2009, and has helped stop teacher layoffs and save neighborhood schools Bloomberg tried to close.

De Blasio said that among his priorities, he wants to improve public school education, help small businesses and step up efforts to create jobs.

A native of Cambridge, Mass., de Blasio graduated from New York University and attended Columbia University’s School of International and Public Affairs for a master’s in international affairs.

De Blasio managed Hillary Rodham Clinton’s 2000 New York campaign for the U.S. Senate. The following year, he was elected to the City Council, serving eight years as a strong voice for the homeless and against housing discrimination.

Introduced Sunday by his wife, Chirlane McCray, and 15-year-old son, Dante de Blasio, the candidate told supporters he wants to be the first mayor with a child in the public school system. Daughter Chiara de Blasio, 18, also attended public school.