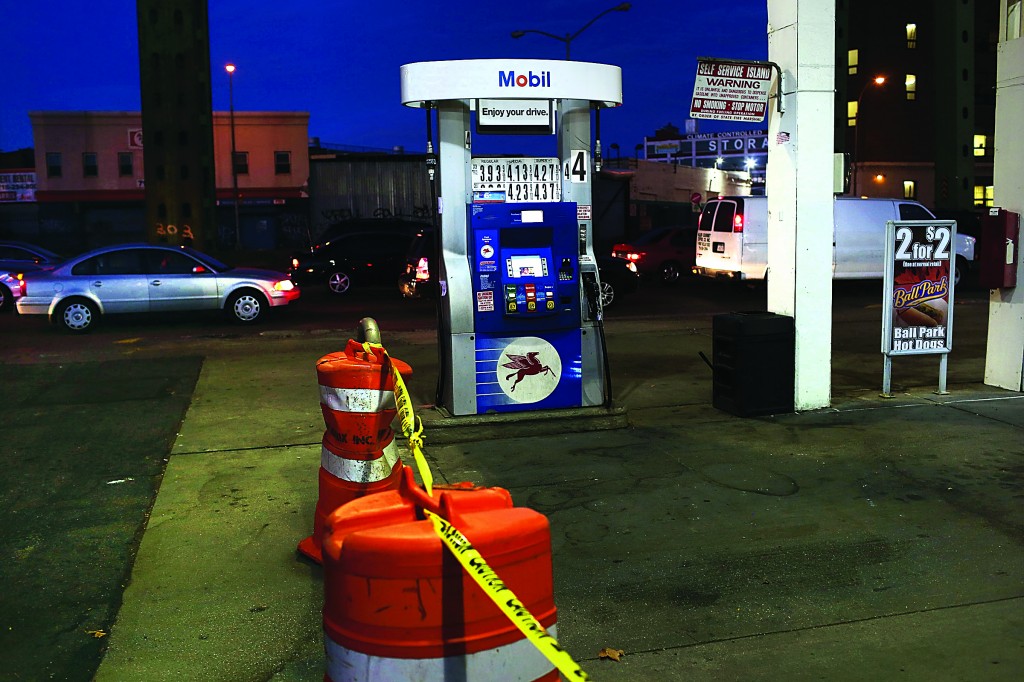 On Wednesday, the City Council unanimously voted, at their Stated Meeting, to approve a bill requiring gas stations to clearly display, on roadside signs, all of the prices they charge — no matter if a customer uses cash or credit. The bill was introduced by Councilman Lew Fidler.

Under New  York State law, gas stations are not allowed to charge extra when customers choose to pay by credit card rather than cash. Yet, throughout the City, gas stations have skirted this by instead offering a ‘cash discount.’ Even worse, the roadside signs used by these gas stations often displayed only the cash price. The higher price for credit card purchases, which most of their customers were likely paying, was generally left off the sign entirely. Only the word ‘cash,’ sometimes hidden in tiny letters, was there to warn drivers that they might end up paying more.

“This is a loophole the size of a truck,” said Councilman Fidler. “You can call this a legal fiction or a distinction without a difference, but either way, New Yorkers just call it absurd. By the time you park your car next to the pump it’s too late to be told what the actual price you’ll be paying is. Gas is too expensive already for us to allow gimmicks and tricks to make it cost even more. Drivers need to know what the price is when they’re driving by, so they can decide where to take their business. It’s basic transparency and it’s basic consumer protection.”

The  bill will now require that all gas stations in New York City display all the gas prices they charge, on required roadside signs. Stations that charge the same price for all forms of payment would only have to display the one price, while those that differentiate prices would have to post every one of their different prices.

The bill also requires that clear lettering and wording be used for these prices, so drivers with only a second to glance at the signs can easily read them.

“This bill will give drivers the information they need,” Fidler said. “And, with information comes power — the power to be an informed shopper and, hopefully, the power to create some small measure of price competition between gas stations. If gas stations want to offer discounts they still can — but it has to be done openly and without hiding the price that most of their customers will be paying.”

Councilman Fidler expressed his thanks to Speaker Christine Quinn and Council Member Dan Garodnick, Chairman of the Council’s Committee on Consumer Affairs, as well as to all of his Council colleagues for their support for his bill.

“Sometimes you get an opportunity to do something about a problem that just gnaws at the innards of New Yorkers. I know this was one of those for many of us and I am sure that we will be happier to see this bait-and-switch tactic vanish once and for all,” Councilman Fidler added.

The Mayor is expected to sign the bill next week, and it will take effect 120 days after being signed into law.