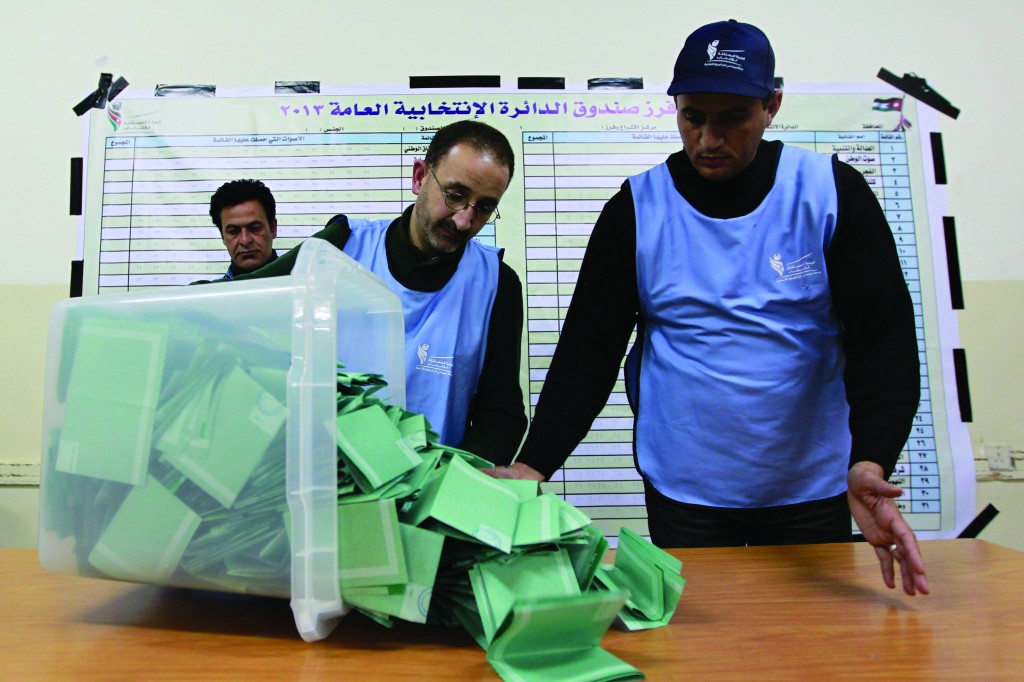 Jordanians voted Wednesday for a parliament with wider authority, as the king cedes some of his powers to try to prevent simmering dissent from boiling over into a full blown Arab Spring uprising.

The new legislature will choose the prime minister and run day-to-day affairs, powers that used to reside with King Abdullah II. Foreign policy and security matters remain in the hands of the king.

Abdullah has introduced the reforms in a measured manner, trying to manage the pace of change.

Critics charge that the reforms are too mild and the election is not enough of a change. The main opposition group, the Muslim Brotherhood, boycotted the voting.

The 2011 Arab Spring uprisings in the region set off a wave of demonstrations in this usually placid U.S. ally. They have included unprecedented calls for the king to step down, raising alarms about the depth of the unrest.

The protests in Jordan have not been on the scale of the uprisings that toppled leaders in Egypt, Libya, Yemen and Tunisia, or the bloody civil war in neighboring Syria.

Nearly 300,000 Syrian refugees have fled to Jordan, some suspected of links to the Syrian regime. Some in Jordan worry that they could be a destabilizing element.

Because of the Brotherhood’s absence, the next parliament is likely to be a mix of independents with little political experience and pro-king conservatives, as previous ones were.

Nearly 1,500 candidates, including 191 women, ran for the 150-seat parliament. Woman have 15 seats reserved for them under a quota, and Christians, who make up 4 percent of the country’s 6 million population, will get at least nine.