Israel A Night of Surprises
Israel 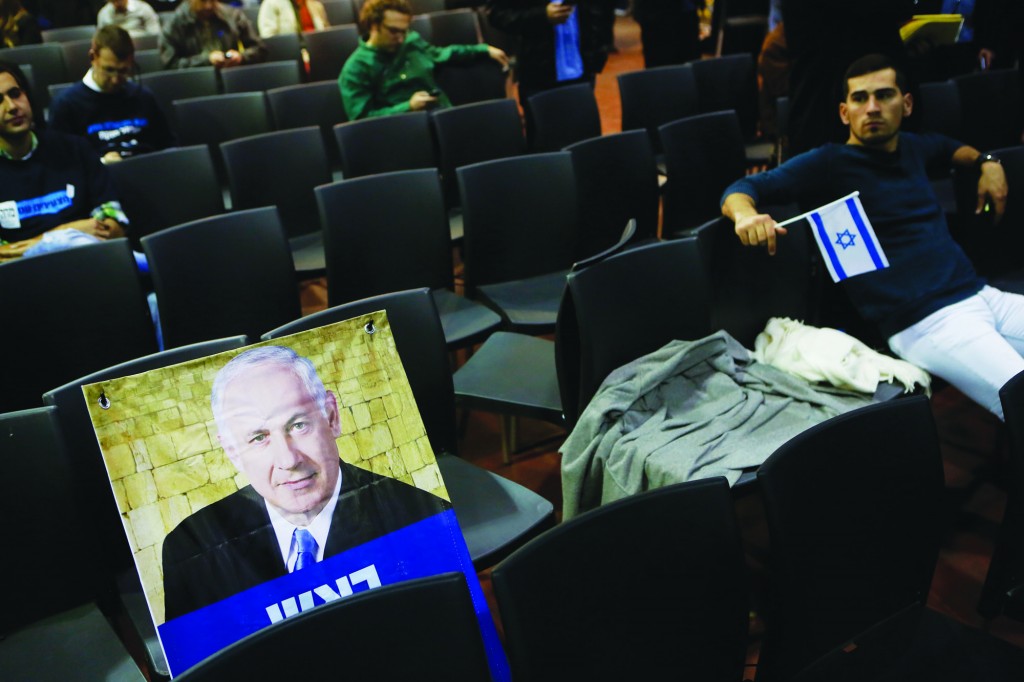 The Israeli election was full of surprises for winners and losers alike, not to mention the pundits and pollsters.

When Israeli Prime Minister Binyamin Netanyahu decided to hold early elections three months ago, he presumably did not have Tuesday night’s outcome in mind.

On the contrary. Recently crowned “King Bibi” by Time Magazine, Netanyahu was in a commanding position in the polls, and his merger of Likud with Avigdor Lieberman’s Yisrael Beiteinu party seemed to guarantee a wide margin of victory.

But instead of adding to their combined 42 seats in the Knesset, Likud-Beiteinu ended with 31, and sources in the Likud were saying on Tuesday night that the results were so disappointing that Netanyahu may soon face a serious leadership challenge from within the party.

A political tour of the Likud strongholds in the days leading up to voting should have signalled to party leaders, however, that something was amiss.

In south Tel Aviv, for example, traditional Likud territory, discontent was evident, according to The Jerusalem Post. Time and again the talk on the street was about voting for Yair Lapid of Yesh Atid or Naftali Bennett of Jewish Home, or Shas or Labor. The attitude toward Likud was openly contemptuous.

The miscalculation was to a large extent of the “It’s the economy, stupid,” variety. While people backed his policies on national security and the Palestinians, there was little sentiment that peoples’ lives were better off than they were four years ago. If anything, worse, and liable to get worse yet when the next budget comes up.

The assumption that hammering the “African infiltrators” issue would assure Likud-Beiteinu strong support in south Tel Aviv, which has been inundated with them, was also proved wrong. That may have come as a surprise to other politicians who stressed the issue, such as Interior Minister Eli Yishai of Shas and the right-wing “Strong Israel” party. The latter made it the backbone of their campaign, and failed to pass the two-percent threshold, leaving them with no seats in the next Knesset.

None of the political experts foresaw the rise of Yesh Atid, which won 19 seats in its first run at the Knesset.

“We anticipated we would lose some votes to Lapid, but not to this extent. Likud-Yisrael Beitenu campaign adviser Ronen Moshe told Reuters.

Many questioned the political wisdom of merging Likud with Yisrael Beiteinu. Likud MK Tzachi Hanegbi defended the alliance as “a genius thing to do, even though we lost some members” because it guaranteed Netanyahu the premiership by co-opting a major rival.

But Hanegbi told Reuters that their apparent pre-election confidence appeared to have persuaded some Likud voters that they could safely shift support to Yesh Atid without jeopardizing Netanyahu’s chances of re-election.

In a sense, the final swing to Yesh Atid happened in the dark, during the last few days of the campaign when the law imposes a blackout on polling results.

Prominent Israeli pollster Camil Fuchs explained that previously undecided voters threw their support to Lapid in large numbers. Pollster Mina Zemah said support surged for Lapid in the last few days of the campaign, and he drew about 50 percent of his support from the right.

Netanyahu’s prime concern appeared to be a slippage of votes to rivals on the far right, chiefly in the person of Jewish Home leader Naftali Bennet. It became such an obsession in the final days of campaigning that he forgot to check in his other mirror and see the center-left storming up on the outside, wrote Reuters.

In the end, Jewish Home took only 11 seats. Polls had predicted 15, and Bennett had declared that he would be “disappointed” with less than 14. Bennett was disappointed. He also hadn’t received any invitation from Netanyahu to join the coalition after the election, which Bennett has been openly seeking.

“Netanyahu made every mistake possible in the campaign,” said Gideon Rahat, a political science professor at the Hebrew University. “It looks like he will be the next prime minister, but his party has paid the price.”

Another loser was Shelly Yacimovich of Labor, who looked forward to 18 or more mandates but had to settle for 15 and a seat in the opposition.

One party that more or less lived up (or down) to expectations was Kadima, which barely escaped total wipeout, salvaging 2 seats by Wednesday morning, down from 29.

International news organizations had to count themselves among the unforeseeing. All had predicted a Netanyahu-Lieberman sweep that would carry Israel further to the right and destroy prospects of peace. All were wrong.