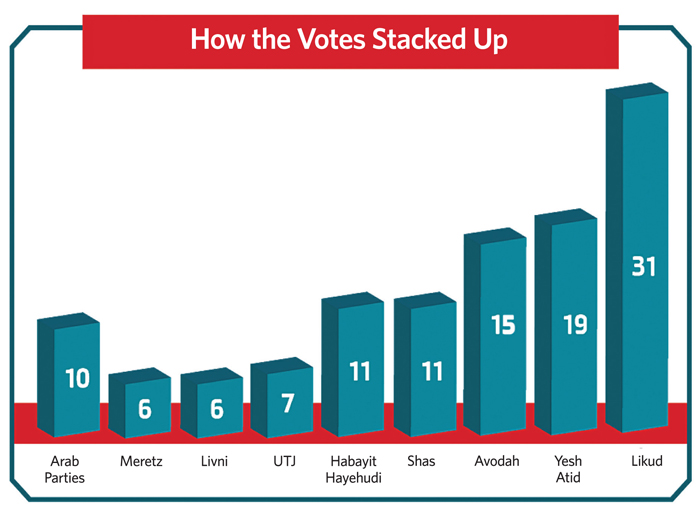 Nearly a quarter of a million votes, some 7 percent of the total, were wasted during this week’s elections because they were cast for parties that didn’t cross the threshold. This is more than double the 100,000 that were wasted in the 2009 elections.

The party closest to making it into the Knesset was Otzma LeYisrael, led by Arieh Eldad and Michael Ben Ari, which received 61,825 votes, lacking only 15,000 to pass the threshold.

Rabbi Amnon Yitzchak’s party, Ko’ach Lehashpia, and Eretz Hadasha gained 26,744 and 26,331 respectively, representing 0.75 percent of the votes each. It is believed that Ko’ach Lehashpia drew votes from Shas.