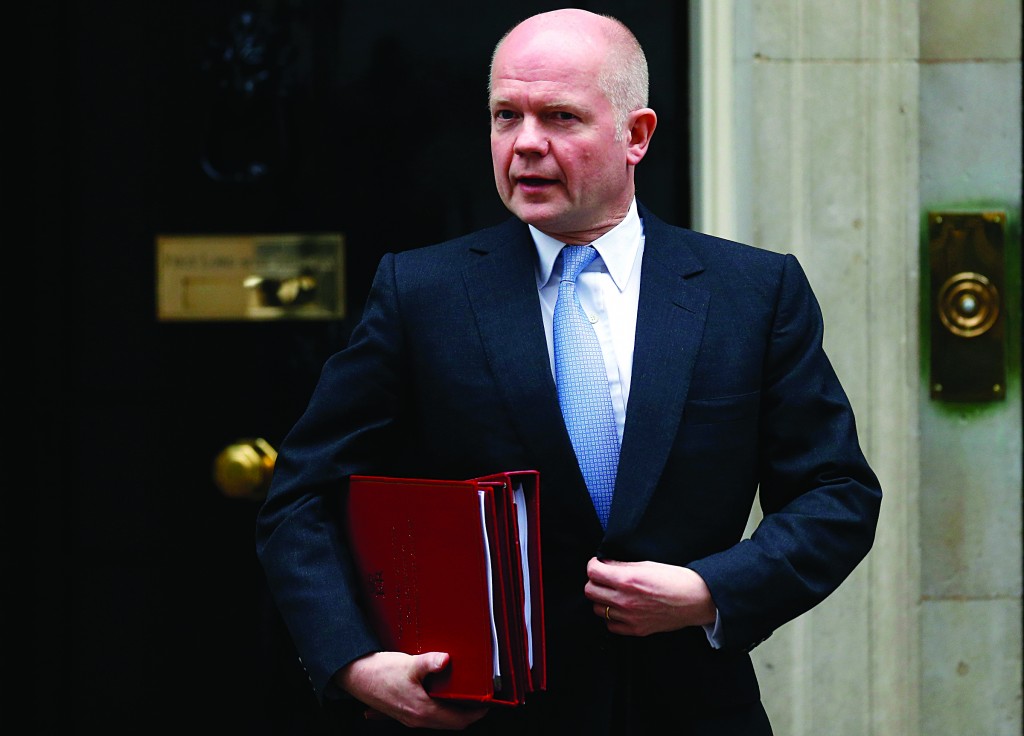 British Foreign Secretary William Hague had a voice, if not a vote, in Israel’s elections on Tuesday, saying that whatever government emerges must urgently address the Palestinian issue, Haaretz reported.

“I hope that whatever Israeli government emerges …. that it will recognize that we are approaching the last chance to bring about a [two-state] solution,” Hague told Parliament.

“I condemn recent Israeli decisions to expand [in Yehudah and Shomron]. I speak regularly to Israeli leaders stressing our profound concern that Israel’s building policy is losing it the support of the international community and will make a two-state solution impossible,” he said.

Asked whether the European Union should undertake economic sanctions to prod Israel to make progress on peace talks, Hague said the bloc still had work to do, in conjunction with the United States, to establish “incentives and disincentives” regarding further negotiations.

“There is a clock ticking with potentially disastrous consequences for the peace process,” he added.

Hague said 2013 was a crucial year for the moribund peace process given Israeli elections for a new government and the start of U.S. President Barack Obama’s second term.

“If we do not make progress in the coming year, people will increasingly conclude that a two-state solution has become impossible,” said Hague. Both Israelis and Palestinians should return to talks without preconditions, he said.

Hague said he would make the peace process the “top of the agenda” during a planned visit to Washington next week.