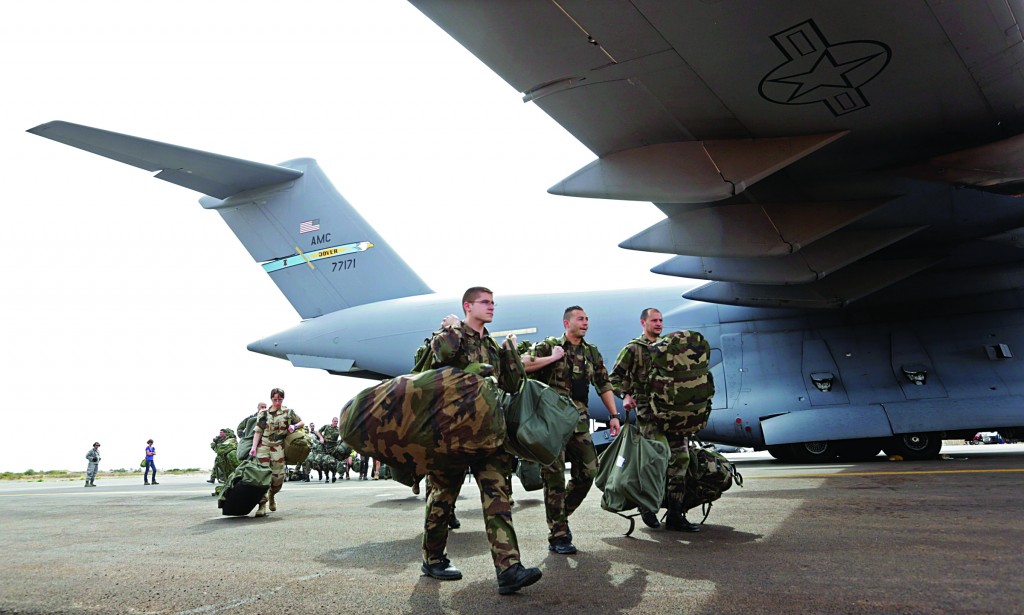 The U.S. military has flown five C-17 cargo sorties into the Malian capital to help bring a French mechanized infantry unit into the fight against al-Qaida-affiliated operatives in the north of the country, Pentagon officials said yesterday.

A small group of U.S. military troops, including two communications personnel, have been on the ground at the airport at Bamako temporarily to help coordinate the logistics for the C-17 flights, a military official said.

Defense Secretary Leon Panetta said last week that while the United States supported France’s decision to put troops into Mali to stop the advance of al- Qaida-affiliated troops toward Bamako, the Pentagon had no plans to put U.S. combat troops on the ground there.

Pentagon spokesman George Little said the United States had been providing France with intelligence since the onset of the operation. He said the Pentagon had begun providing airlift capacity and was still reviewing a request for aerial refueling tankers.

“We stand by our French allies. At this point we are providing airlift support to the French and as of January 22 … the United States Air Force has flown five C-17 sorties moving French personnel, supplies and equipment into the country,” Little said. “We have carried more than 124 tons of equipment and supplies and more than 80 passengers.”

Another spokesman said U.S. flights were helping to carry a French mechanized infantry unit to Mali.

In recent days, French fighter jets and helicopter gunships have conducted about a dozen sorties a day. France has about 3,150 troops now involved in the operation code-named Operation Serval in Mali, all but 1,000 of whom are currently deployed in the former French colony.

Gen. Ibrahima Dahirou, the head of Mali’s armed forces, told Radio France Internationale in an interview published Tuesday that French air strikes have made all the difference so far.

The Malian military, he said, now has the objective of retaking all northern Mali, adding: “If the [air] support is significant, it won’t take more than a month for Gao and Timbuktu” to return to government control.