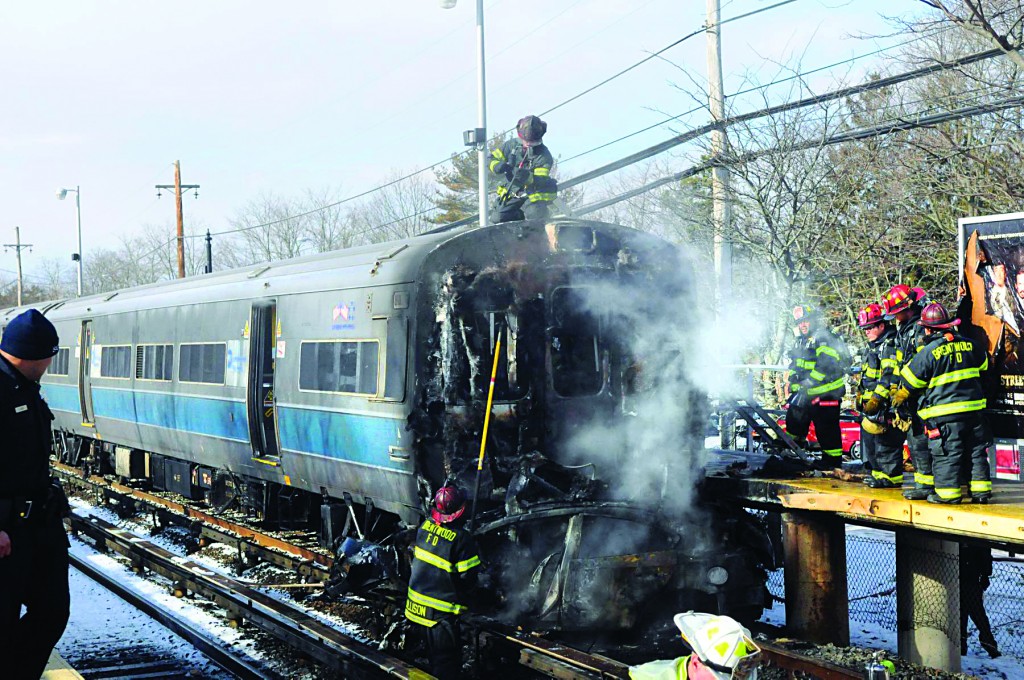 Two people were killed when an out-of-service Long Island Rail Road train struck a car that went around a crossing gate near the Brentwood station.

A railroad spokesman says the engineer pulled the emergency brake, but the 80-mile-an-hour train slammed into the car, pushing it a half a mile.

The car, which was engulfed in flames, burned the victims beyond recognition. The engineer and two crewmen aboard the train were not injured.

The accident happened around 10 a.m. Tuesday while the train was returning to the yard in Ronkonkoma.