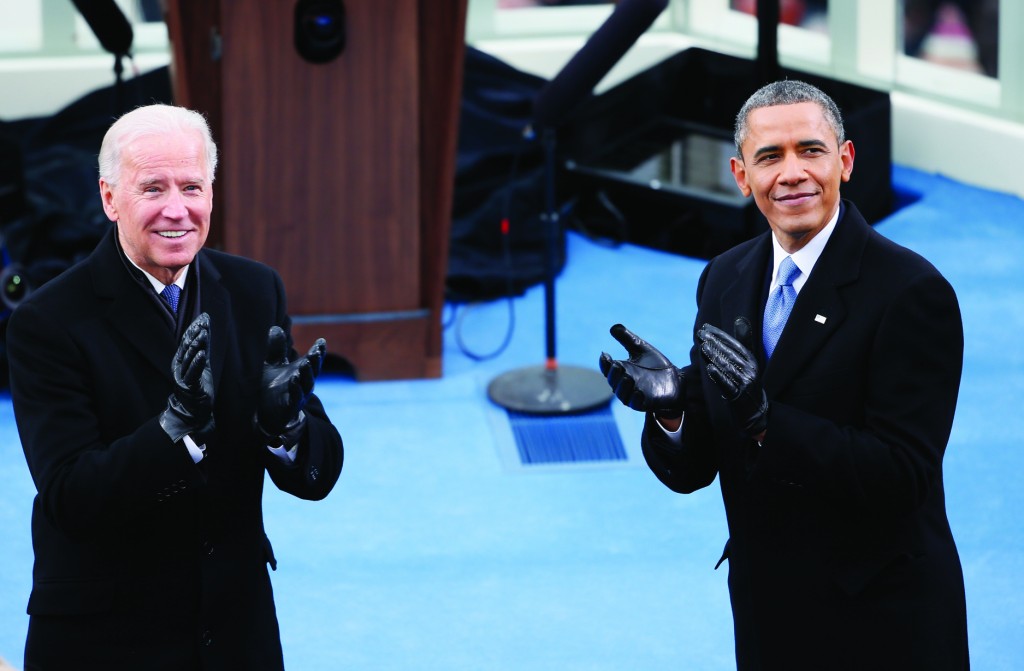 It was the first time I had ever attended an inauguration, and I was not quite sure what to expect. In truth, I never really gave much thought to who attends these events; I certainly did not realize I was to meet loyal Democrats who traveled from states across the country to attend — Georgia, Florida, and even Alaska, to name a few.

Joining the masses who were flocking to the National Mall, standing in a line that was several blocks long to go through security, I felt loyalty to this country, proud and thankful for this malchus shel chessed that has allowed Torah to flourish and the Jewish people to live in an environment of relative security that is unprecedented in the history of galus.

Once at the National Mall, the atmosphere was festive and friendly, yet formal and dignified, as dignitaries approached and took their seats. Yes, there still seems to be dignity and formality in this world.

The theme of this year’s inauguration was “Faith in America’s Future,” honoring the 150th anniversary of the construction of the Capitol dome and the placement of the Statue of Freedom in 1863.

This theme was addressed by New York Senator Charles Schumer, Chairman of the Inaugural Ceremonies, in his welcoming remarks. Schumer recalled how President Lincoln pushed for the completion of the half-finished dome of the Capitol building, and the bronze statue that sits atop the dome, in the midst of the Civil War, as a symbol that the nation will prevail.

“America is practical, optimistic, and problem-solving,” Schumer asserted. “America prevails, America prospers… As we gaze upward at the statue, we gain inspiration from those who completed the half-finished dome, and we renew our collective faith in the future of America.”

“Not bad,” I thought. “It is good to be optimistic and confident in one’s ability to overcome problems and look to a brighter future. The only thing missing is a request for siyatta diShmaya.”

Civil Rights Leader Myrlie Evers-Williams applauded the fact that the leader of this country is inaugurated in a peaceful celebration, not under the influence of a mob or coup. Another great point; we certainly must be thankful that we live in a peaceful country, where we live without fear of government upheaval and general unrest.

President Obama built on the theme of the day in his address, imbuing the crowd with confidence and optimism, inspiring all to unite and do their part to create a strong country, one which will prevail to benefit future generations. He spoke extensively about the premise of our founding fathers “that all men are created equal” and all have equal rights.

President Obama declared the importance of building a strong middle class, adapting to the changing needs of the times, and sacrificing to make health care accessible to all. To the accompaniment of a cheering crowd, he asserted, “We are true to our creed when a little girl born into the bleakest poverty knows that she has the same chance to succeed as anybody else, because she is an American, she is free, and she is equal, not just in the eyes of G-d but also in our own.”

I was also feeling optimistic and grateful, as it is this atmosphere of equal rights that has allowed Yiddishkeit to flourish on these shores. It is this attitude of allowing all the chance to succeed that has allowed yeshivos to be built, and allows Jews to enjoy a level of prosperity that has rarely been experienced in history.

However, I soon realized that equal rights can be taken too far, as Obama continued to proclaim his dreams for equality for all, including those who live their lives in an abominable fashion that is the antithesis of all that a frum Yid represents.

My optimism was dashed, and I was shocked that the morals of this country have deteriorated to the point where these concepts are publicly embraced in front of hundreds of thousands of cheering citizens by none other than the president himself in his Inaugural Address.

As the president concluded, “Let us embrace our lasting birthright with passion and dedication, and carry into an uncertain future the light of freedom. May G-d bless us and forever bless these United States of America,” I reminded myself that we now live in a different type of galus. While we must be grateful to this country for all that it has done for us, and continue to show loyalty and daven for the success of its leaders, we cannot complacently accept deteriorating morality.