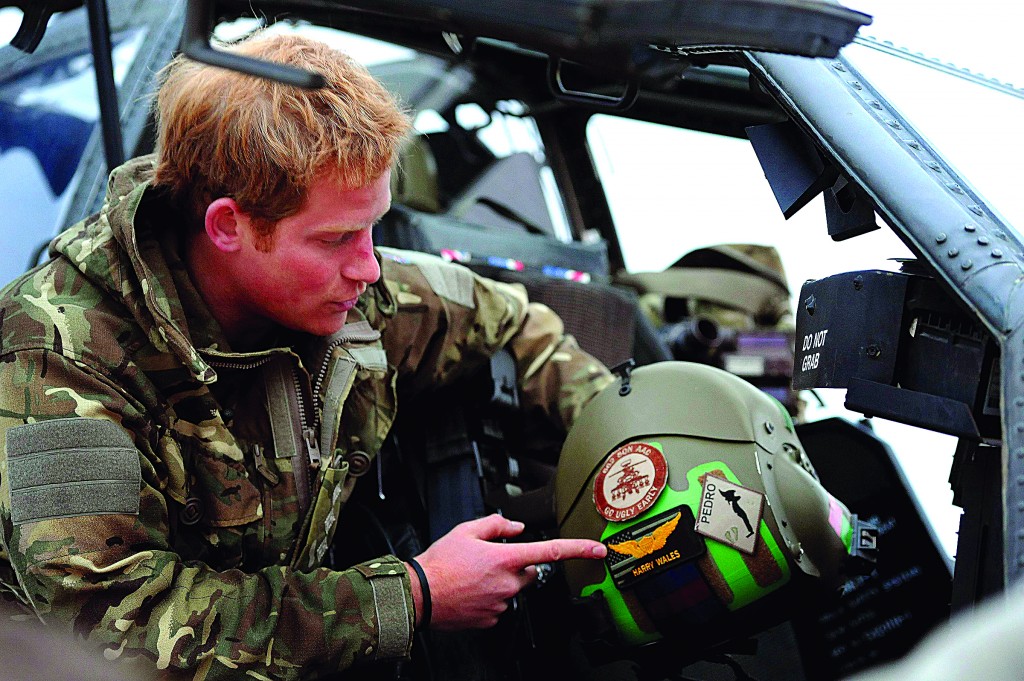 Capt. Wales is coming home to be Prince Harry once again.

The Ministry of Defense revealed Monday that the 28-year-old prince is returning from a 20-week deployment in Afghanistan, where he served as an Apache helicopter pilot with the Army Air Corps. It did not immediately divulge his exact whereabouts.

In interviews conducted in Afghanistan, the third in line to the British throne described feeling boredom, frustration and satisfaction during a tour that saw him fire at Taliban fighters on missions in support of ground troops.

When asked whether he had killed from the cockpit, he said: “Yea, so lots of people have.”

He also spoke of his struggle to balance his job as an army officer with his royal role — and his relief at the chance to be “one of the guys.”

“My father’s always trying to remind me about who I am and stuff like that,” said Harry, the younger son of Prince Charles and the late Princess Diana. “But it’s very easy to forget about who I am when I am in the army. Everyone’s wearing the same uniform and doing the same kind of thing.”

Stationed at Camp Bastion, a sprawling British base in the southern Afghan desert, the prince — known as Capt. Wales in the military — flew scores of missions as a co-pilot gunner, sometimes firing rockets and missiles at Taliban fighters.

“Take a life to save a life. That’s what we revolve around, I suppose,” he said. “If there’s people trying to do bad stuff to our guys, then we’ll take them out of the game.”

Harry’s second tour in Afghanistan went more smoothly than the first, in 2007-2008, which was cut short after 10 weeks when a magazine and websites disclosed details of his whereabouts. British media had agreed to a news blackout on security grounds.

This time, the media were allowed limited access to the prince in return for not reporting operational details.