National Supporters and Protestors Gather From Across the Nation
National 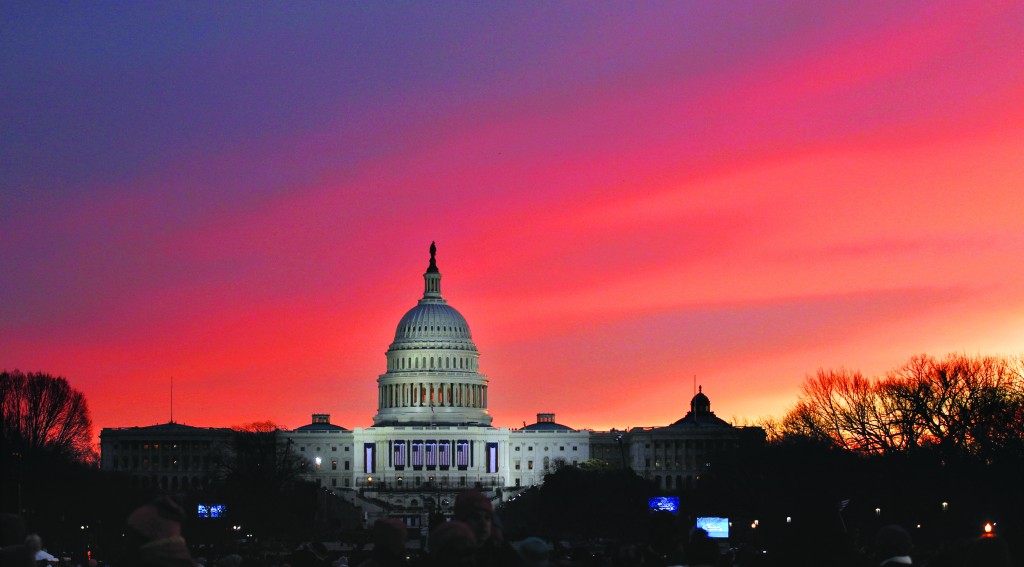 Early Tuesday morning, I joined the crowds of approximately 800,000 people who thronged the streets of downtown Washington D. C., braving the cold temperatures and forecasts of possible snow to attend the 57th Presidential Inauguration as a correspondent for Hamodia.

Most of the streets surrounding the Capitol Building were closed; Washington’s Metro worked for weeks in advance to accommodate the extra-large crowds that would be traveling the trains to reach the inauguration ceremonies.

The celebration was held on the grounds of the Capitol Building, and crowds were able to observe the festivities on large video screens strategically placed throughout the entire area.

Loyal Democrats arrived from as far away as Alaska to participate in the celebrations. A man from Texas reported that he traveled in a specially-chartered plane, together with 180 others and his congressman.

Before the swearing-in ceremonies commenced, the band played as the dignitaries took their seats, accompanied by cheering crowds. However, not all dignitaries did the crowd deem worthy of its loyalties. Die-hard Republicans Newt Gingrich and John Boehner were greeted by the sound of ‘boos.’

Most participants Monday were ardent supporters of President Obama, as was obvious by the cheers, enthusiastic responses to his words, and the chants of “Obama, Obama, Obama,” that filled the air. Others simply came to participate in the festivities as loyal Americans.

I approached one couple from Virginia and inquired, “So you came to show support to Obama?” “We came to participate in the inauguration,” was the response. “Actually, we came to protest,” he added, half-jokingly.

One individual was determined to make his protests loud and clear. An elderly man, most likely at least seventy years old, caught the crowd’s attention as he climbed a high tree overlooking the crowd, bearing a sign protesting Obama’s stance on social issues. As the police attempted to reach him with a ladder, he climbed precariously high in the tree, beyond reach of the police. He remained there for hours, distracting the crowd from the festivities, even yelling out against Obama during the inauguration speech.

The theme of this year’s inauguration was “Faith in America’s Future.” Both Charles Schumer, New York State Senator and Chairman of the Inaugural Ceremonies, and President Obama himself, in his very liberal sounding address, imbued the crowd with confidence in America’s ability to provide a safe and secure country for future generations.