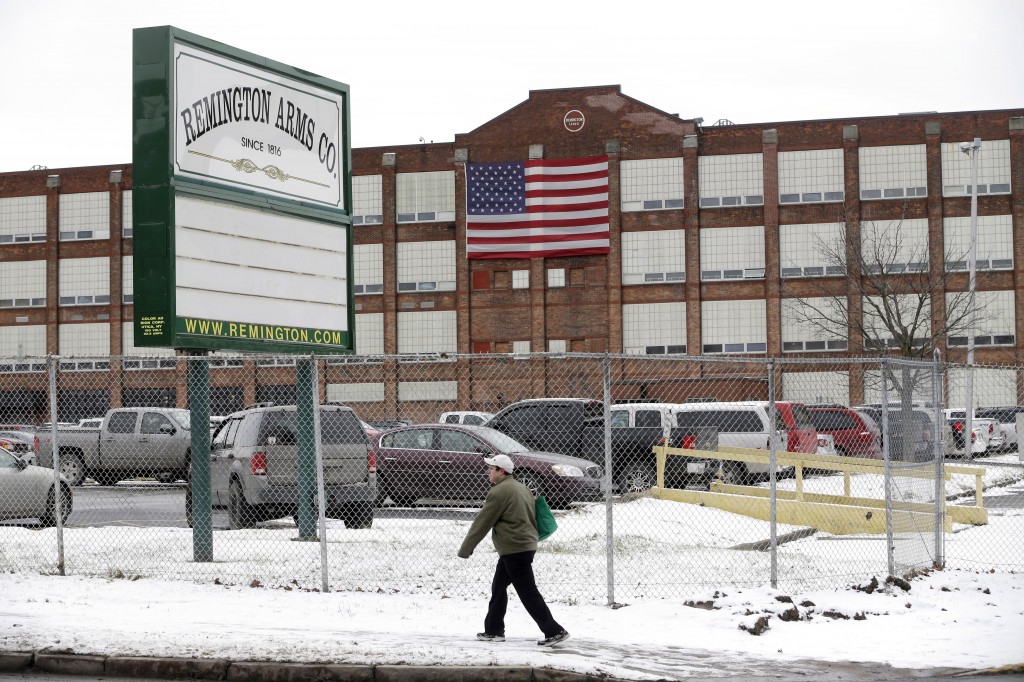 Not everyone here works at the Remington factory, but everyone knows someone who does. The big brick complex looms above the rooftops of the modest wood-frame homes. And Ilion can look more like a factory with a village than a village with a factory.

Little wonder that residents in this blue-collar stretch of the Mohawk Valley are defending Remington after New York lawmakers banned the sale of semi-automatic assault-style rifles like the Bushmaster weapon made here. The move came after the weapon was linked to gunmen in the Connecticut school shootings and in the slayings of two firefighters in western New York.

“It’s the person that pulls the trigger. I don’t care what kind of gun it is,” Tom Bradle, a Remington employee, said as he walked back to the factory from lunch break on a chilly, gray day last week.

Remington has been intertwined with Ilion since shortly after Eliphalet Remington crafted a flintlock rifle on his father’s forge in 1816. Even the elementary school shares the company’s name. Company officials did not respond to calls seeking comment, but locals say the factory employs about 1,200 and also produces Bushmaster, Marlin and H&R products.

Stephens, a burly man with a walrus moustache, was disgusted by the news Dec. 14 of 20 first-graders and six adults killed by a gunman at Sandy Hook Elementary School in Newtown, Conn. But he is critical of the New York state law approved this week that bans assault-style rifles, calls for background checks on ammunition purchases and outlaws large-capacity magazines, among other measures.

“Are people disappointed and distraught?” Stephens asked. “Do they feel bad and are they sad? Absolutely! Absolutely! I would never wish that on anyone, never. But as far as an emotional attachment between us and them, I don’t see it.”

Bushmaster is owned by Freedom Group Inc., the largest firearms maker in the U.S., which has its headquarters on Remington Drive outside the neighboring small towns of Madison and Mayodan, N.C.