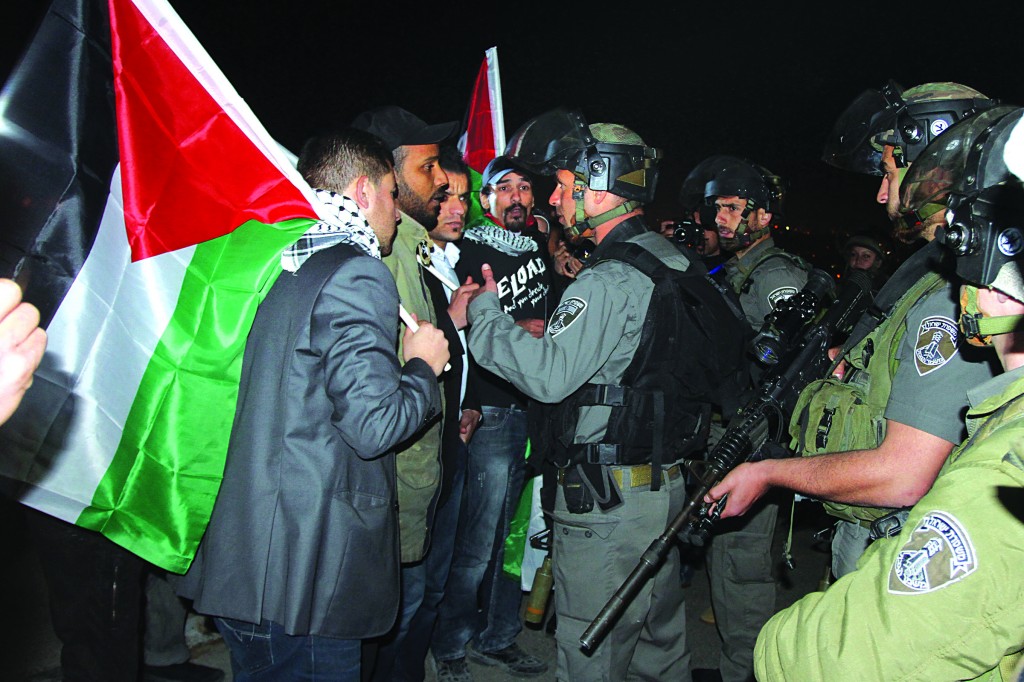 Israeli forces removed Palestinian protest tents from land near the village of Beit Iksa, northwest of Yerushalayim, on Monday, the second such camp to be torn down in a week.

Palestinian activists claimed that residents face difficulty building homes due to Israeli restrictions and may be surrounded by a separation barrier Israel plans for the area.

“Israeli border police evacuated the structures, removing some 20 people who were there and confiscating the tents and equipment,” an Israeli security source told Reuters. Four tents were taken down and one building bulldozed.

Activists from the camp vowed to continue pitching tents on areas they say are threatened by Israel.

Last week, many of the same protesters were evicted from a protest camp in an area outside Yerushalayim known as E1, earmarked for future housing for Israelis.

Haaretz reported on Monday that Israel’s Defense Ministry planned to change the proposed route of its separation barrier to prevent Palestinian access to the E1 area. Speaking to Reuters, a ministry official denied the report.