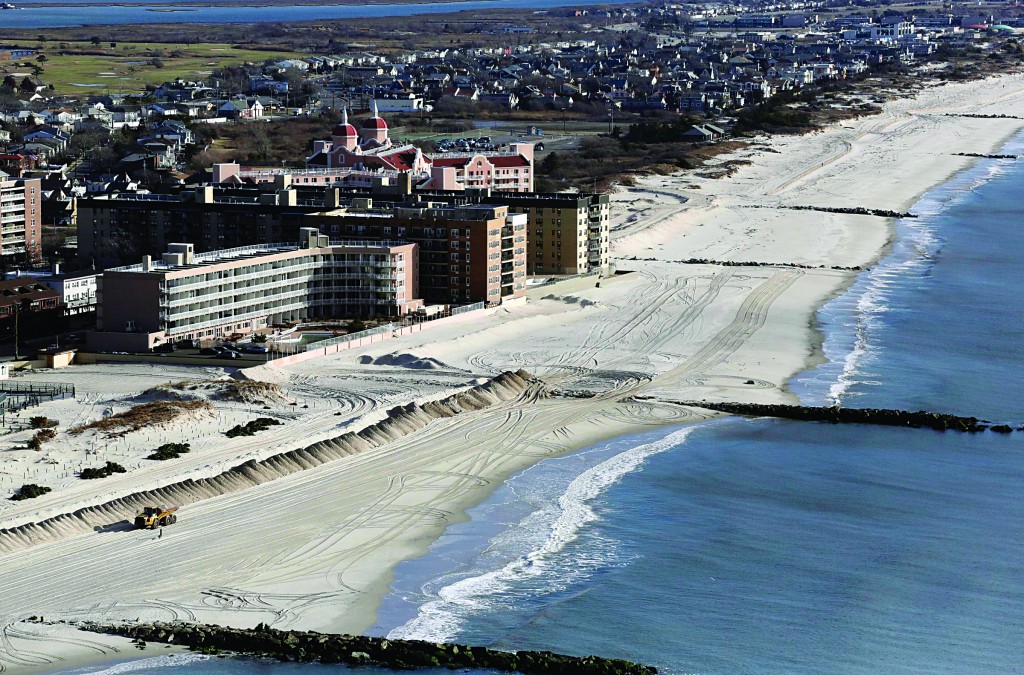 Irene Sobolov believes the first floor of her house is just that. The federal government and her insurance company say it’s a basement.

The semantics, Sobolov has learned, are very expensive.

Sobolov and others whose lower-level apartments or businesses sustained water damage during Superstorm Sandy say the property they own is being classified as a basement, severely limiting what is covered under the National Flood Insurance Program.

“It’s the battle of the definitions,” said Sobolov, standing on concrete that a wood floor once covered. She says the damage to her home came when the sewer overflowed, sending a repellent brew of sewage and garbage water up through her toilet and drain. one told us about this basement thing.”

The basement classification has become a point of contention in Hoboken, a city of 50,000 across the Hudson River from Manhattan. Hoboken sustained major flooding when the Hudson jumped its banks and roared into the city during Superstorm Sandy, one of the strongest storms to ever hit the area. It is one of the densest cities in the country, and there are about 1,700 below-ground units that house people or businesses, according to Mayor Dawn Zimmer.

People whose homes or businesses were classified as a basement are eligible for grants that are part of the $50.7 billion Sandy aid package approved by the House of Representatives last week, a spokesman for Senator Frank Lautenberg said. It is unclear how much will be allocated or what the rules will be.

While there may be some relief coming, the classification is leading some to call for changes to the National Flood Insurance Program, saying the basement definition unfairly punishes people who own property in cities.

“A store or apartment that requires you to walk down one or two steps is plain and simply not a basement,” Zimmer told the Senate Committee on Small Business and Entrepreneurship.

“For many people, that’s their primary residence. It’s where they have the kitchen, the bedroom,” Zimmer said in an interview. “It’s their home.”

A basement is classified as “any area of the building, including any sunken room or sunken portion of a room, having its floor below ground level (subgrade) on all sides,” according to a spokesman for the Federal Emergency Management Agency.

Basement flood coverage is limited to items including central air conditioners, hot water heaters and “cisterns and the water in them,” according to the program’s website.

Floors, paneling and most personal property in buildings classified as basements are not covered.

Jersey City resident Patrick Donnelly is suing a number of insurance companies, saying he and others were denied damage claims after Hurricane Irene in 2011 and Sandy. A judge will decide if the suit can move forward as a class action.

“We’re seeing situations where the insurance company is denying claims in buildings we do not believe met the definition of a basement,” said Jeffrey A. Bronster, Donnelly’s lawyer.

Elsewhere, “traditionally a basement is where you throw stuff. It’s 8 to 10 feet below the ground,” Healy said. “Here in Jersey City we have a lot of places that are ground level or 3 feet below. It’s living space.”

Property owners with a mortgage are required to have federal flood insurance. The policies are issued by private insurance companies.

Robert Hunter, director of insurance for the Consumer Federation of America and former federal insurance administrator, said insurance is typically calculated on the ground level of a structure. Anything below that is typically classified as a basement, he said.