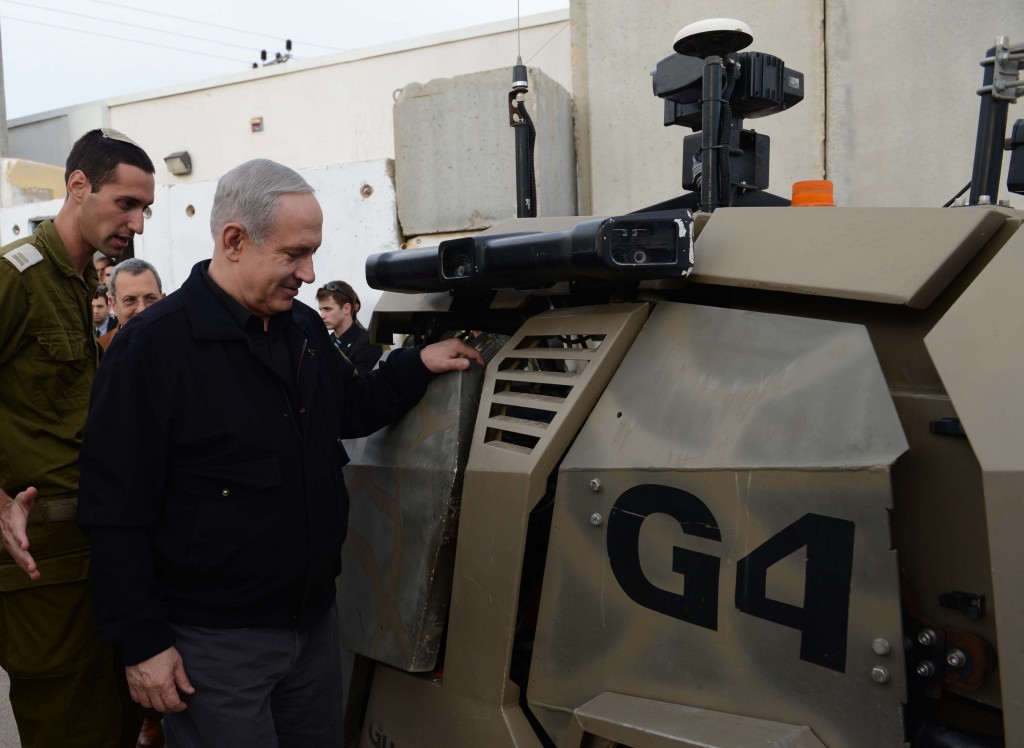 The long arm of the White House reached all the way to Yerushalayim as a disparaging comment from U.S. President Barack Obama about Israeli Prime Minister Binyamin Netanyahu was seized upon by Israeli media in the last week of the election campaign.

In private conversation, Obama reportedly said that “Israel doesn’t know what its own best interests are,” according to a report in Bloomberg.

“With each new [building] announcement, in Obama’s view, Netanyahu is moving his country down a path toward near isolation,” wrote columnist Jeffrey Goldberg.

During a visit to a military base on the Gaza border on Wednesday, where he was told that December was the quietest month in the last 12 years, Netanyahu took the opportunity to respond:

“I think everyone understands that only Israel’s citizens will be the ones to determine who faithfully represents Israel’s vital interests,” Netanyahu said. “Over the last four years we stood up against strong pressure, and I will continue to do so for Israel’s security.”

Earlier in the day, Netanyahu’s office declined comment on Tuesday’s unsourced column. “If they can confirm that the story is true, I’ll talk about it,” said Netanyahu spokesman Mark Regev.

The White House has likewise not commented on the story by Goldberg, a senior journalist who is believed to have reliable sources in the White House.

The president “seems to view the prime minister as a political coward, an essentially unchallenged leader who nevertheless is unwilling to lead or spend political capital to advance the cause of compromise,” added Goldberg.

Some Israeli commentators were quick to interpret the column as payback for Netanyahu’s perceived lobbying on behalf of Republican Mitt Romney in his failed run against Obama in November. It was also mentioned that Goldberg has been critical of Netanyahu in the past.

Netanyahu has denied the charge, saying that comments he made about Iran policy at the time, urging the U.S. to take a more aggressive stance, were determined by developments vis-à-vis Iran, not by the presidential race.

According to Goldberg, Obama “told several people that sort of behavior on Netanyahu’s part is what he has come to expect, and he suggested that he has become inured to what he sees as self-defeating policies of his Israeli counterpart.”

Sources close to Netanyahu responded cautiously, saying that the prime minister would continue to protect the country’s vital national security interests, and noted that Obama himself had said recently that Israeli-U.S. security cooperation was at unprecedented levels, The Jerusalem Post reported.

Reaction from Likud officials was less restrained. They accused Obama of “gross interference” in the Israeli election and said the president was “taking revenge” against Netanyahu for his perceived meddling in the U.S. election. The officials also alleged that Obama had been influenced against Netanyahu by President Shimon Peres and former Prime Minister Ehud Olmert.

Environmental Protection Minister Gilad Erdan, who heads the Likud’s response team, dismissed Goldberg as a mouthpiece for the American far-Left.

“This is gossip a journalist wrote, and the facts suggest that the opposite is true,” Erdan said. “Israelis expect their prime minister not to give in to pressure, even if it would win them applause in the United States.”

Goldberg told the Post he was amused by the reactions of Israeli politicians, especially accusations that he was colluding with the Israeli left to damage Netanyahu’s image. He said what he had written was consistent with statements Obama had made in the past about the need for Israel’s friends to hold up a mirror and tell the truth.

“In the administration, they saw that after Obama supported Israel in the Gaza conflict and at the U.N., the next day Netanyahu wanted to build a new project in E1, and they threw up their hands in frustration,” Goldberg said. “I picked up this chatter in the White House over the past two weeks, so I wrote it. I’m a journalist, writing about what’s happening, not trying to steer an Israeli election.”

Asked whether Obama wanted Netanyahu to win the election, Goldberg said he had no idea.

The impact of the story on the election was likely to be minimal.

“Attempts to speak to the Israeli voter through the American press are total non-starters,” said Amotz Asa-El, a fellow with the Hartman Institute, a liberal think-tank in Yerushalyim, told Reuters.

Most Israelis, Asa-El argued, were disenchanted by unproductive peacemaking efforts, worried by regional upheaval and preoccupied with domestic affairs. Foreign criticism of Netanyahu, he said, could shore him up against rivals further to the right.

“These [far-rightists] have never heard of Bloomberg, let alone of Jeffrey Goldberg. If anything, this [criticism] is likely to make them vote for Netanyahu,” Asa-El said. “There is no traffic of undecided voters between the rightist bloc and the center-left bloc, only within the blocs.”

Several Israeli officials questioned whether the quotes attributed to Obama reflected the actual view of his administration.

Vice Premier Silvan Shalom (Likud), told Army Radio: “I don’t know if these things were said, because he [Obama] did not say them in his own voice.”