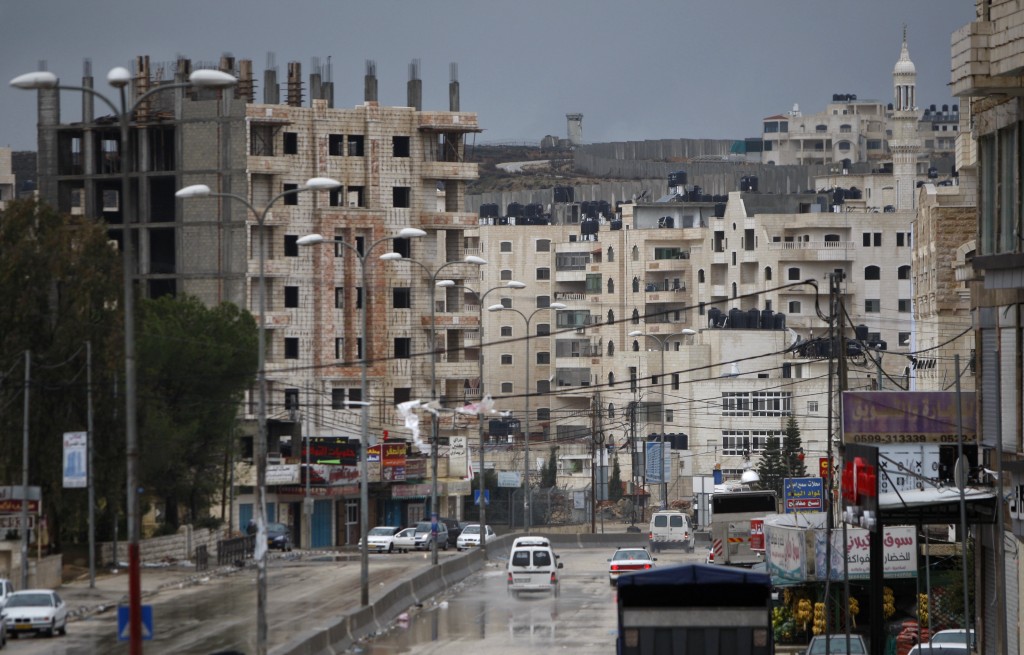 Dozens of apartment towers sprouting up illicitly in an Arab neighborhood of Yerushalayim are creating a new dynamic in the struggle for control of the capital.

Kufr Aqab is one of several Arab areas within Yerushalayim’s municipal borders that have been separated from the city by the meandering security barrier.

While Israel controls development anywhere inside the barrier, anything seems to go in Arab neighborhoods outside the structure, like Kufr Aqab.

Palestinians believe Israel is turning a blind eye to the hundreds of cheap wildcat apartments being built there, hoping the abundant housing will lure the city’s Arabs to the other side of the barrier. They fear Israel will one day make the barrier the new municipal line to cement a Jewish majority in the city.

Last summer, Mayor Nir Barkat fueled fears of a status change for city neighborhoods outside the barrier when, citing “security-related difficulties” in providing services there, he proposed the Israeli military take over the task. The idea was rejected by the army.

Israeli government spokesman Mark Regev said the separation barrier is not a political border, and that a future border between Israel and a Palestinian state can only arise in negotiations. Prime Minister Binyamin Netanyahu opposes giving up any part of east Yerushalayim.

Initially, many Arab city residents moved to areas inside the barrier to avoid the inconvenience of passing through security checkpoints. But this drove up already high housing prices in eastern Yerushalayim.

Moving to the cheaper suburbs was a dangerous option. Leaving Yerushalayim’s city limits would put them at risk of being stripped by Israel of their Yerushalayim residency permits, which grant them freedom of movement and access to Israel’s health care and social services.

These days, Kufr Aqab’s main road, which leads from the Yerushalayim barrier’s Qalandiya crossing to the city of Ramallah, is lined with high-rises, many still under construction.

Barak Cohen, a city spokesman, said the city continues to provide health and education services, but that a security threat in the area hampers other city services. He did not elaborate.

There are no firm population figures, because of the neighborhood’s administrative limbo, but estimates range from 40,000 to 60,000. In all, about 120,000 of Yerushalayim’s 300,000 Arabs live outside the barrier.

There are barely any signs of an Israeli presence in Kufr Aqab, except for a clinic linked to Israel’s health care service and a city-funded community center. An Israeli army marker near Kufr Aqab, spray-painted in Hebrew on a large cement block, reads “Entrance to Ramallah,” a warning to errant Israelis that they should turn back at this point.