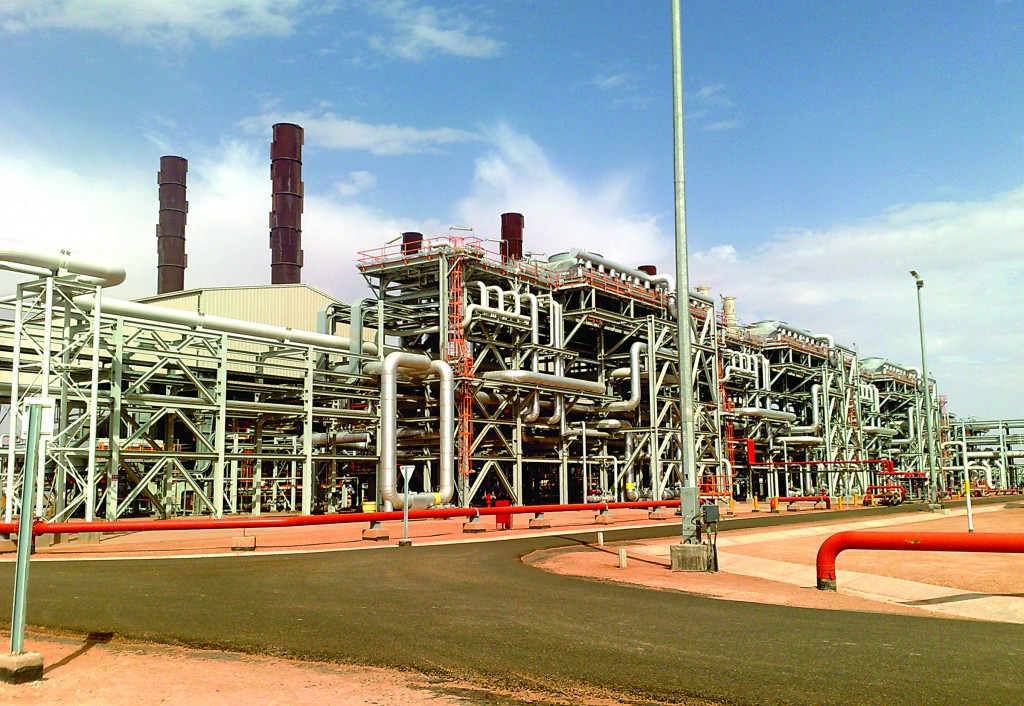 In what could be the first spillover from France’s intervention in Mali, Islamist terrorists attacked and occupied a natural gas complex in southern Algeria on Wednesday. Two people were killed and dozens of others, including several Americans, were reportedly taken hostage.

A terrorist group claimed responsibility for the rare attack on one of oil-rich Algeria’s energy facilities, saying it came in revenge for the North African nation’s support for France’s military operation against al-Qaida-linked rebels in neighboring Mali. The terrorists said they were holding 41 foreigners from the energy complex, including seven Americans.

The group — called Katibat Moulathamine or the Masked Brigade — phoned a Mauritanian news outlet to say one of its affiliates had carried out the operation at the Ain Amenas gas field, located 800 miles (1,300 kilometers) south of Algiers, the Algerian capital.

BP, together with the Norwegian company Statoil and the Algerian state oil company Sonatrach, operates the gas field. A Japanese company, JGC Corp, provides services for the facility as well.

In Rome, U.S. Defense Secretary Leon Panetta declared that the U.S. “will take all necessary and proper steps” to deal with the attack in Algeria. He would not detail what such steps might be but condemned the action as a “terrorist attack” and likened it to al-Qaida activities in Pakistan, Afghanistan and in the United States on Sept. 11, 2001.

said that “security forces have surrounded the area and cornered the terrorists, who are in one wing of the complex’s living quarters.”

He said one Briton and one Algerian were killed in the attack, while a Norwegian and two other Britons were among the six wounded.

“We reject all negotiations with the group, which is holding some 20 hostages from several nationalities,” Kabila said on national media, raising the spector of a possible armed assault to try to free the hostages.

It was not immediately possible to rectify the discrepancies in the number of reported hostages. Their identities were also unclear, but Ireland announced that they included a 36-year-old married Irish man and Japan, Britain and the U.S. said their citizens were involved as well. A Norwegian woman said her husband called her saying that he had been taken hostage.

The Algerian minister said the terrorists appeared to be hoping to negotiate their departure from the area, something he rejected.

In Washington, U.S. State Department spokeswoman Victoria Nuland confirmed that “U.S. citizens were among the hostages.”

Attacks on oil-rich Algeria’s hydrocarbon facilities are very rare, despite decades of fighting an Islamist insurgency, mostly in northern Algeria.

In the last several years, however, al-Qaida’s influence in the poorly patrolled desert of southern Algeria and northern Mali and Niger has grown and the group operates smuggling and kidnapping networks throughout the area.