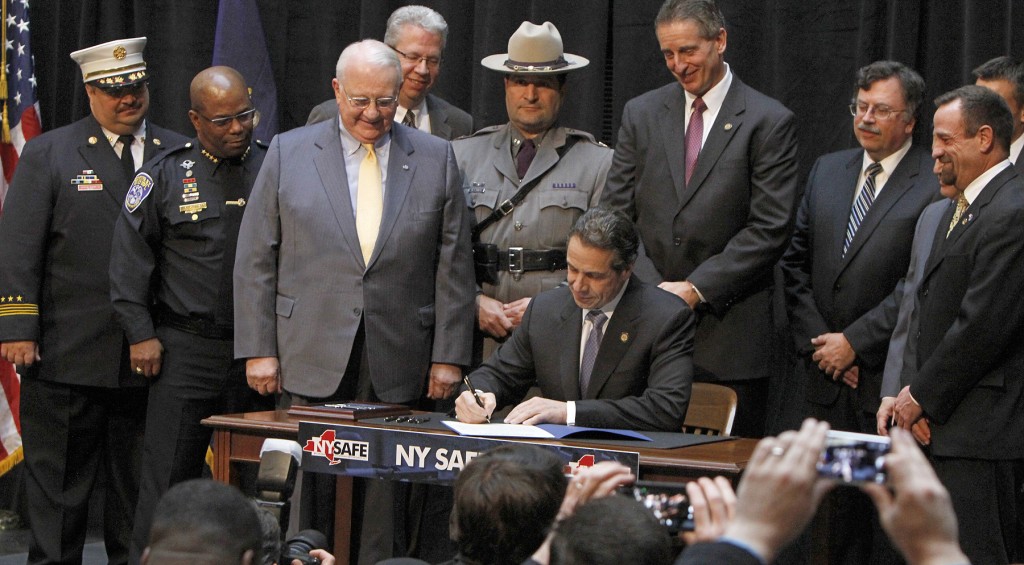 Gov. Andrew Cuomo has collected mostly five-figure donations to build a nearly-unassailable campaign fund over the last six months, even as he seeks to limit future donations through campaign finance reform.

A New York Public Interest Group analysis shows that since December 2010, nearly 40 percent of money raised by Cuomo for his campaign fund was in donations of $40,000 or more. Just 1 percent of donors gave less than $1,000.

NYPIRG’s Bill Mahoney said his analysis shows the big donors took advantage of loopholes to avoid the current limits Cuomo and many Democratic and Republican legislators say are already too high. The donors used their business subsidiaries to avoid the limit of $41,100 that is allowed for a statewide candidate in a general election. If a candidate faces a primary, a donor can contribute $19,700 more for the primary campaign.

Mahoney said a Long Island-based luxury real estate mogul made contributions of $500,000 to Cuomo through his businesses during the last 25 months.

Cuomo’s donors in the last six months include $25,000 from billionaire investor and activist Carl Icahn and $1,500 from Heather Briccetti, CEO of the Business Council of New York State, according to a state Board of Elections financial disclosure report due this week.

That was a day after the Democrat’s “55th Birthday Celebration” fundraiser at the Waldorf Astoria. There, $1,500 dinner tickets were available on a limited basis, but tickets costing $10,000, $25,000 and $50,000 were unlimited. The campaign reported more than 100 donations in the four days following the annual fundraiser.

During the last six months, Cuomo has collected more than $4 million, according to the records. That was down slightly from past periods, because many of Cuomo’s big donors had hit the current donation limit.

“We must enact campaign finance reform because people believe that campaigns are financed by someone else at exorbitant rates,” Cuomo said in his State of the State speech a week ago. “The limits are just too high.”

As a candidate in 2010, he called for lower limits “to restore trust and accountability to government,” because current limits “amplify the voices of wealthy individuals and special interests and [entrench] incumbents at the public’s expense.”

There was no immediate comment from Cuomo’s campaign Wednesday.

Cuomo has said he tried hard to get campaign finance reform enacted in his first two years, but was stopped by the Senate Republicans who don’t want public funds being spent on campaigns when schools and other areas need more money.