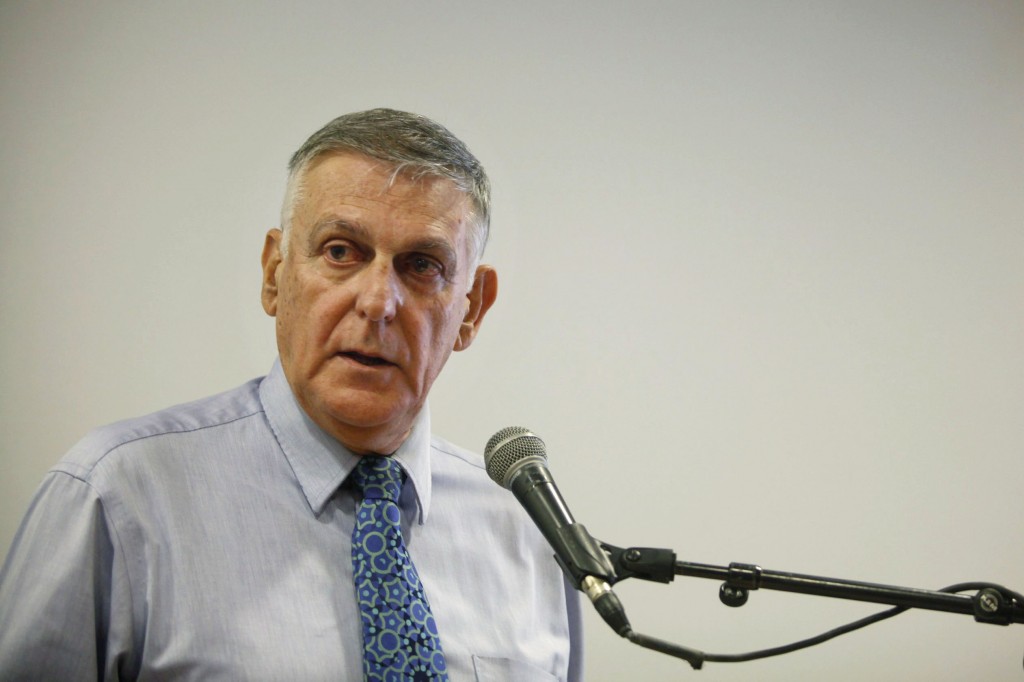 Israel’s 2012 Nobel Prize laureate in Chemistry, Prof. Dan Shechtman, has entered the political arena, coming out in public against the re-election of Prime Minister Binyamin Netanyahu.

Shechtman said he would like to see the left work together to form a “blocking bloc” to prevent Netanyahu from forming the next government. He also called for the establishment of a left-wing shadow government, naming leaders to the ministerial posts they would assume if in power.

Shechtman, who achieved national acclaim after winning the Nobel Prize, was speaking at a political panel at the Technion, where he acted as moderator.

When the chemist won the prize last year, Netanyahu called on him personally and later told the Cabinet that Shechtman “explicitly praises our investment in higher education and the advancement of centers of excellence and other projects, and he feels a change in this government, our government.”

Deputy Minister Ayoub Kara (Likud), who participated in the Technion panel, bluntly told Shechtman he was naïve about the parties he mentioned as potential members of the stop-Netanyahu bloc.

Kara asserted that, with the exception of Meretz and the Arab parties, the rest of the leftist parties are already “begging” senior Likud official to negotiate with them for positions in the next coalition.