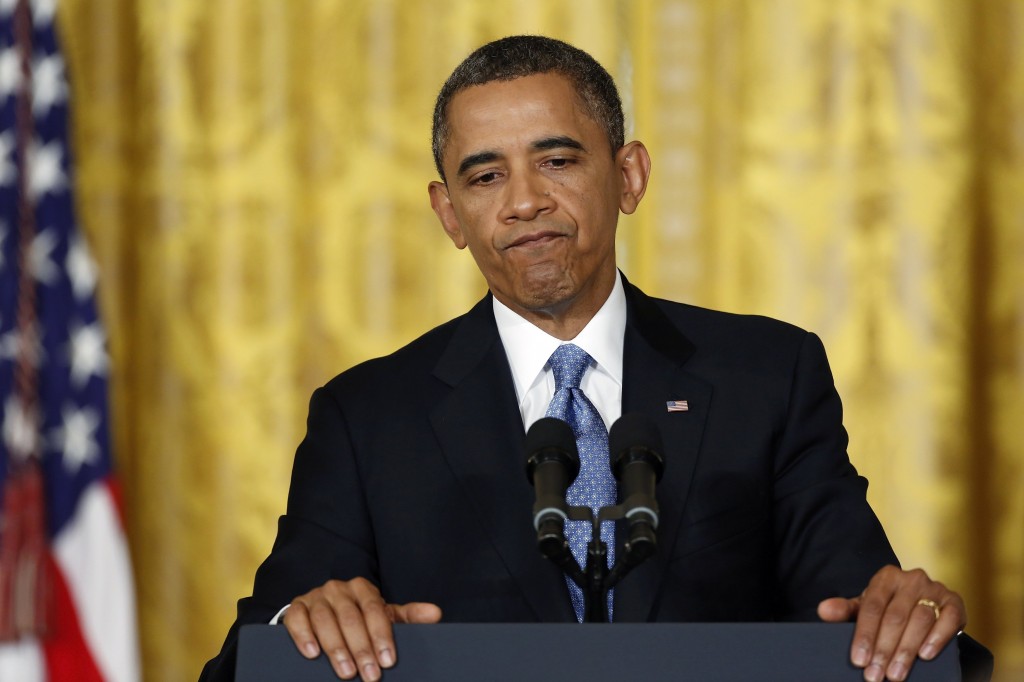 President Barack Obama demanded on Monday that lawmakers raise the nation’s $16.4 trillion federal debt limit quickly, warning that “Social Security benefits and veterans’ checks will be delayed” if they don’t, and cautioning Republicans not to insist on cuts to government spending in exchange.

“They will not collect a ransom in exchange for not crashing the economy,” he said at the 21st and final news conference of his first term. “The full faith and credit of the United States of America is not a bargaining chip. And they better decide quickly, because time is running short.”

Answering questions for about an hour, Obama also said he will soon ask Congress to enact new gun control legislation in the wake of the shootings that left 20 elementary students dead at a Newtown, Conn., school a little more than a month ago.

Among the proposals under consideration are a ban on assault-style weapons and high-capacity ammunition magazines. Obama said he would unveil his proposals next week. He was meeting after his news conference with Vice President Joe Biden, his point man in producing gun control measures to present to Congress.

Facing stiff opposition from the National Rifle Association, he conceded lawmakers may not approve everything he asks for.

Within minutes, Senate Republican leader Mitch McConnell of Kentucky said the president and his allies in Congress need to get serious about spending, and the debt-limit debate is the perfect time for it.

“I do know that the most important issue confronting the future of our country is our deficit and debt,” McConnell said. “So we are hoping for a new seriousness on the part of the president with regard to the single biggest issue confronting the country, and we look forward to working with him to do something about this huge, huge problem.”

House Speaker John Boehner said in a statement, “The American people do not support raising the debt ceiling without reducing government spending at the same time. … The House will do its job and pass responsible legislation that controls spending, meets our nation’s obligations and keeps the government running, and we will insist that the Democratic majority in Washington do the same.”

Lawmakers face three distinct deadlines before April 1. The debt limit must be raised to prevent a default; a series of across-the-board spending cuts is to kick in on March 1, and funding for most government programs will run out on March 27.

Obama virtually dared Republicans to let the government shut down rather than renew funding beyond March 27. “It will hurt the economy,” he said emphatically.