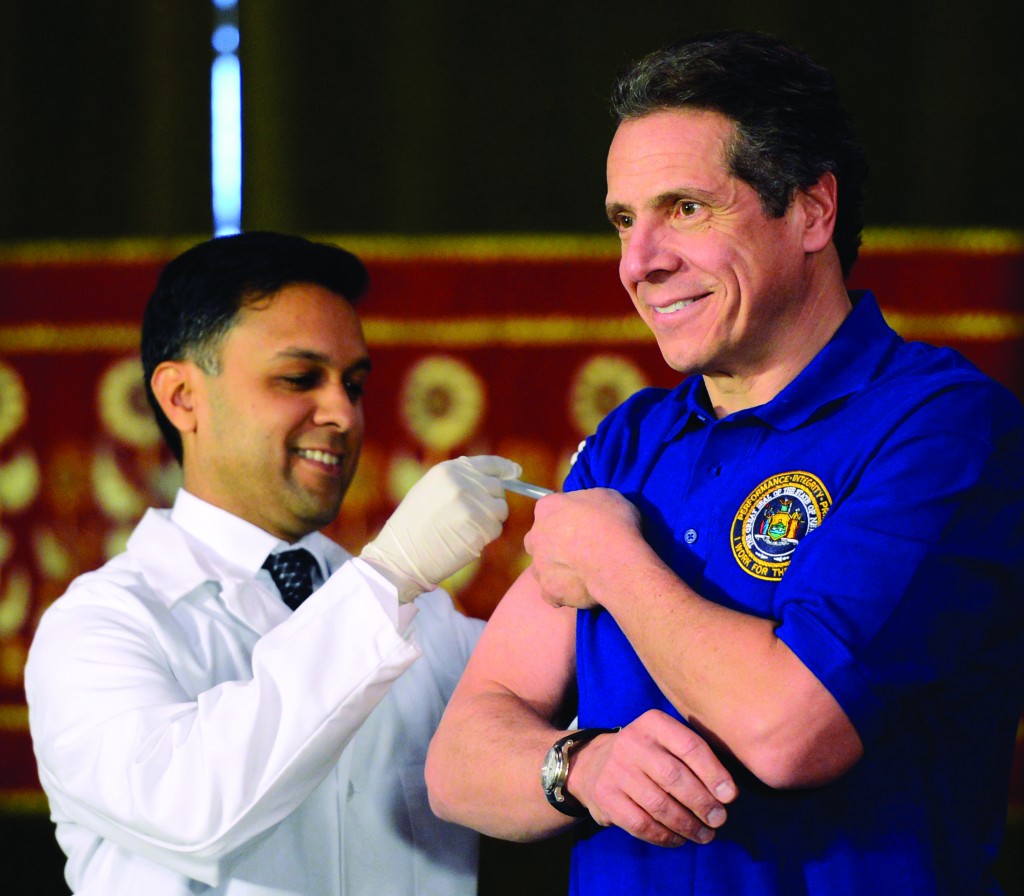 Cuomo’s emergency declaration comes as the state Health Department reports that the number of patients admitted to hospitals statewide continues to rise with a 55 percent increase in the last week.

Cuomo said he has directed his administration, the New York State Health Department and others to use all resources necessary to deal with the problem and to “remove all barriers to ensure that all New Yorkers, children and adults alike, have access to critically needed flu vaccines.” 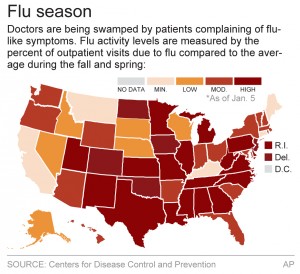 Flu is widespread in most states this year, and at least 20 children have died.

In declaring the health emergency, the governor cited the worst season for influenza in at least four years with all 57 counties statewide and all five boroughs of New York City counting among the 19,128 cases reported so far. That’s more than four times the 4,404 positive laboratory tests reported during last year’s flu season.

A promotional campaign to encourage anyone who has not gotten a flu shot to get one would be carried out, along with the message that it is not too late to get a shot, the governor said in a release.

Health professionals say the vaccine will prevent about 62 percent of the people who get it from getting the flu, while the rest will have a milder case of it. A vaccine takes two weeks to kick in fully.

People can decrease their odds of getting the flu by washing their hands frequently and avoiding touching the eyes, nose and mouth. Because viruses can be spread by the hands as well as the air, health professionals recommend coughing into an elbow rather than a hand and staying home to treat the flu rather than going to work and spreading the illness.

Flu season generally peaks in January and February and can linger through March. This year’s severe flu season follows the mildest ever recorded last year.

He said more than a million New Yorkers lack even a single paid sick day, forcing them to choose between going to work sick and spreading the flu or staying home and losing a day’s pay.