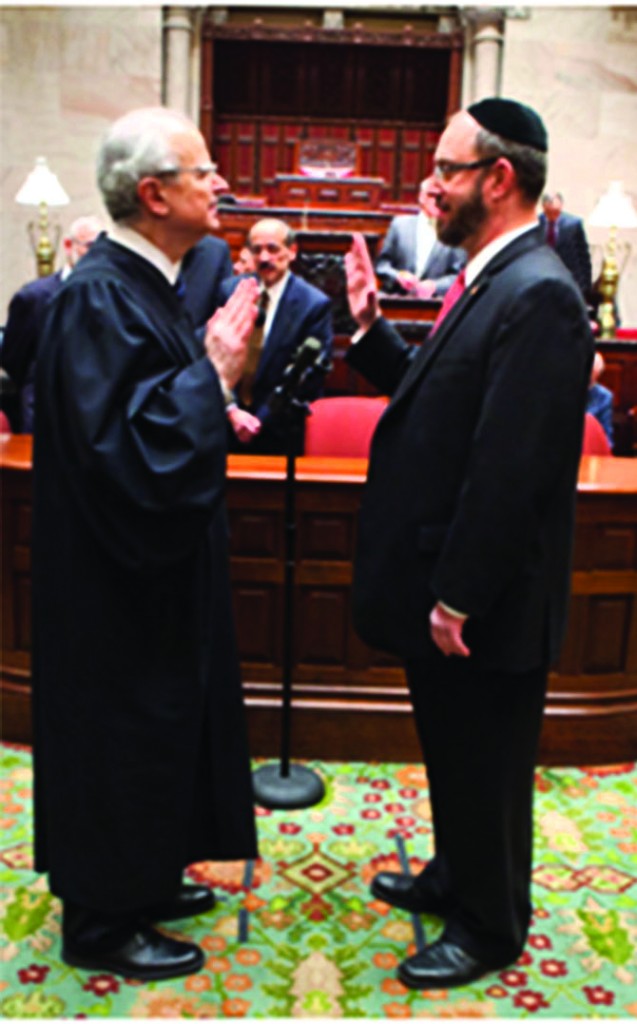 State Senator Simcha Felder was officially inducted into office by the Honorable Jonathan Lippman, chief judge of the state of New York, at the state Capitol on Wednesday, January 9.

With his wife and children at his side, the lawmaker was among the new representatives who took the oath of office in the Senate chambers on the opening day of the 2013 legislative session.

A former member of the New York City Council, and deputy comptroller for budget and accounting for the city of New York, Senator Felder intends to focus on family, education, and eliminating waste in government.

“I am honored to have been given the opportunity to represent the people of the 17th District. I look forward to building on my achievements at the City Council and comptroller’s office to ensure that government is effectively serving the people of Brooklyn. I will, b’ezras Hashem, work hard to make our community safer and [to] lower the tax and tuition burden on working families,” said Felder.