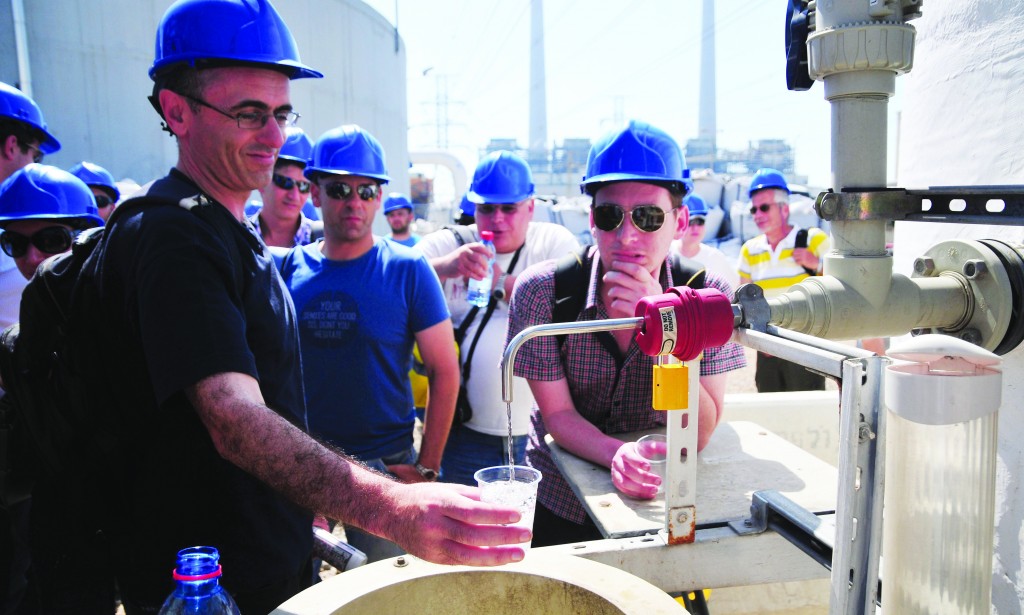 Israelis are bringing their water technology know-how to the biggest desalination project in the western hemisphere, The Jerusalem Post reported.

IDE Americas, a subsidiary of Israel’s IDE Technologies, a leader in Israel’s ambitious desalination program, will be designing a 204,412-cubic-meter seawater desalination plant for the San Diego region, the company announced on Sunday. The company will be responsible for operation and maintenance of the processing plant under a 30- year contract.

The $922 million plan, called Carlsbad Desalination Project, will be built in partnership with the San Diego County Water Authority.

Construction is scheduled to begin this year to bring high-quality drinking water to the San Diego area by 2016, a statement from IDE said.

The hope is that the new plant will help San Diego County Water Authority alleviate its water shortage and achieve its goal of supplying 7 percent of the region’s water through desalination by 2020 — “creating a new map of the American water market,” the statement added.

Based in the Sharon Industrial Park near Netanya, IDE has built and operates some of the world’s largest desalination plants, according to the firm.

The company is not only a leader in Israel. It has operated in 400 plants in 40 countries over four decades thus far — including Israel’s own Ashkelon and Hadera desalination plants, as well as the future Sorek facility.

In this, IDE’s first major penetration of the U.S. market, it successfully competed with France and Spain as well as a local American firm.

After San Diego, IDE seeks to expand to other American desalination markets, looking specifically to regions like Florida, Texas and other parts of California.