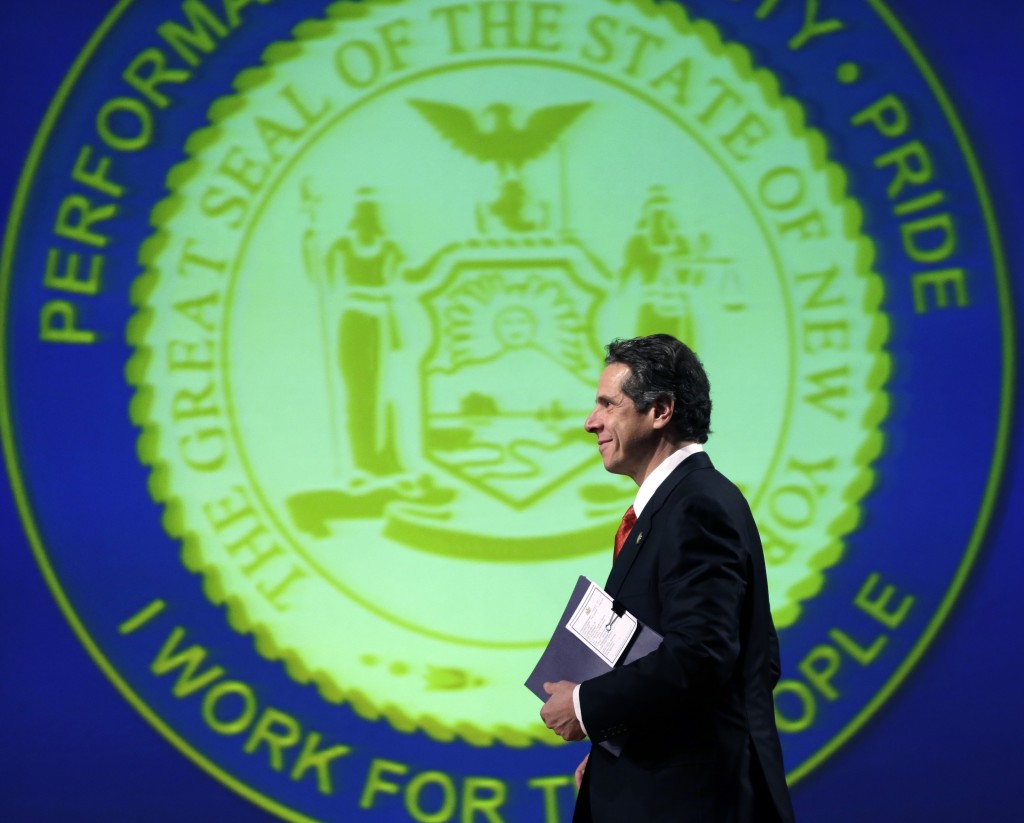 New York Gov. Andrew Cuomo called for tougher state bans on assault weapons and high-capacity magazines of ammunition as part of a progressive agenda in a sometimes-fiery State of the State speech Wednesday.

“No one hunts with an assault rifle. No one needs 10 bullets to kill a deer,” Cuomo said. “End the madness now!

“The tragic events of just the last few weeks in Newtown, Conn., and West Webster, N.Y., have indelibly taught us guns can cut down small children, firefighters and policemen in a moment,” Cuomo said.

The state already has among the most restrictive gun control laws in the nation, and the governor noted that New York passed the nation’s first handgun permit law, in 1911.

Legislators were working Wednesday behind closed doors to reach agreement on the governor’s demand for tighter controls on assault weapons and high-capacity ammunition magazines.

Democratic Assembly Speaker Sheldon Silver and Republican Sen. Martin Golden agreed the closed-door talks have brought all sides to within 95 percent of a deal, which could be announced and acted on this week.

Cuomo started the last half of his first term striking a far more progressive tone than the fiscally-conservative positions he used to fashion himself as a “new Democrat.” But he also achieved many of his fiscal goals, including a cap on property tax growth and curbed spending.

One of his bolder ideas would increase “learning time” by at least 25 percent, while proposing higher pay for better teachers and recruiting top performers to teaching. The state would pay the cost of longer days or longer academic years, with local school districts deciding whether to opt in. That innovative idea could finally overcome the hurdle of expanding school years beyond 180 days and typically six-hour days, which would require more pay for teachers and other school employees.

In other priorities, Cuomo proposed raising the minimum wage from $7.25 an hour to $8.75 an hour. He called the current wage “unliveable.”

His response to Superstorm Sandy would include eliminating the Long Island Power Authority, which he said failed in crisis. It’s part of measures to better protect New York City and Long Island and would “harden” the energy network that failed for millions of New Yorkers for as many as 21 days after the Oct. 29 superstorm.

Other proposals include a statewide volunteer network of skilled New Yorkers, such as electricians and carpenters to respond to superstorms and other disasters, Cuomo said at a conference center in Albany.