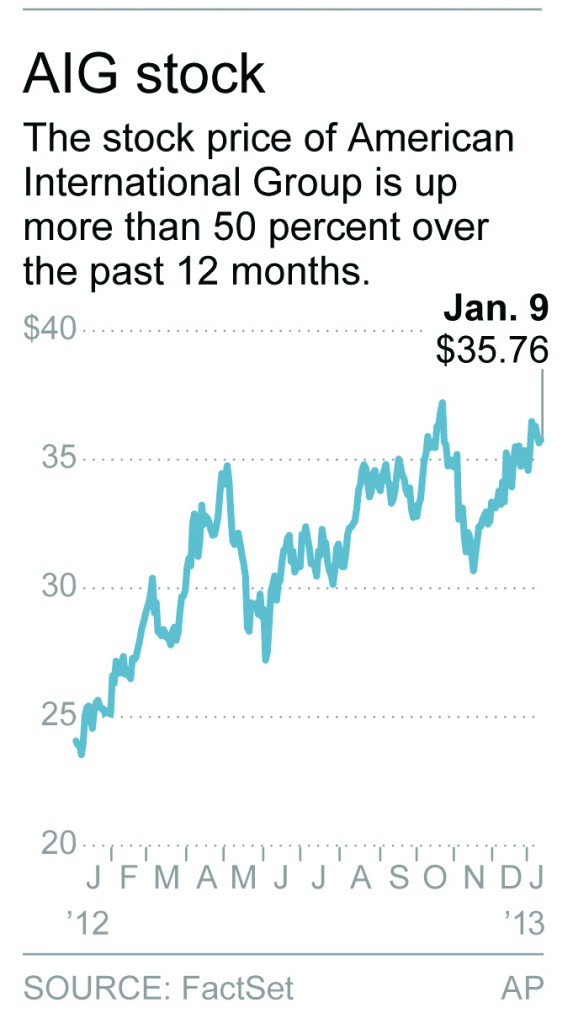 Dave George, who most recently headed Darden’s LongHorn Steakhouse restaurants, will be the new president of Olive Garden effective next Monday. He takes over for John Caron. Darden said Caron is leaving the company after 10 years.

Valerie Insignares, Darden’s chief restaurant operations officer, will take over for George as president of LongHorn.

NEW YORK (AP) – Facing a certain backlash from Washington and beyond, American International Group won’t be joining a $25 billion shareholder lawsuit against the U.S. government over the terms of its bailout at the height of the financial crisis.

The suit was filed by Starr International, a company headed by AIG’s founder and former Chief Executive Officer Maurice “Hank” Greenberg. It alleges that the government took nearly all of the insurer’s stock as part of its bailout without giving investors proper compensation. The $182 billion bailout of the insurer by the Treasury was the largest of the 2008 financial crisis.

The timing of the suit could hardly have been worse for AIG. The company is in the midst of a “Thank You America” ad campaign to show its gratitude for being rescued from the brink of collapse.

PYONGYANG, North Korea (AP) – A private delegation including Google’s Eric Schmidt is urging North Korea to allow more open internet access and cellphones to benefit its citizens, the mission’s leader said Wednesday in the country with some of the world’s tightest controls on information.

Former New Mexico Gov. Bill Richardson also said his nine-member group called on North Korea to put a moratorium on missile launches and nuclear tests that have prompted U.N. sanctions, and the delegation asked for fair and humane treatment for an American citizen detained. He spoke in an exclusive interview in Pyongyang with The Associated Press.

The visit has been criticized for appearing to hijack U.S. diplomacy and boost Pyongyang’s profile after North Korea’s latest, widely condemned rocket launch. Richardson has said the delegation is on a private, humanitarian trip.