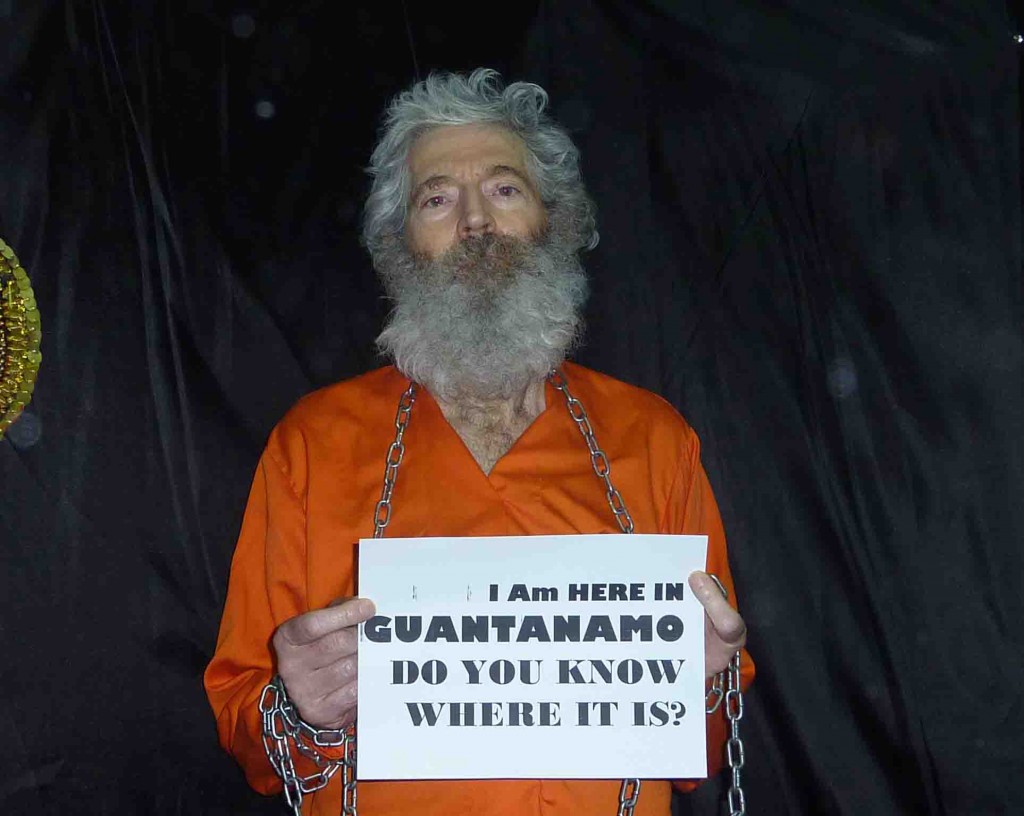 Two years after a hostage video and photographs of retired FBI agent Robert Levinson raised the possibility that the missing American was being held by terrorists, U.S. officials now see the government of Iran behind the images, intelligence officials told The Associated Press.

Levinson, a private investigator, disappeared in 2007 on the Iranian island of Kish. The Iranian government has repeatedly denied knowing anything about his disappearance, and the disturbing video and photos that Levinson’s family received in late 2010 and early 2011 seemed to give credence to the idea.

The extraordinary photos — showing Levinson’s hair wild and gray, his beard long and unkempt — are being seen for the first time publicly after the family provided copies to the AP. The video has been previously released.

In response to Iran’s repeated denials, and amid secret conversations with Iran’s government, Secretary of State Hillary Clinton said in a statement in March 2011 that Levinson was being held somewhere in South Asia. The implication was that Levinson might be in the hands of terrorist group or criminal organization somewhere in Pakistan or Afghanistan.

The statement was a goodwill gesture to Iran, one that the U.S. hoped would prod Tehran to help bring him home.

Two years later, with the investigation stalled, the consensus now among some U.S. officials involved in the case is that despite years of denials, Iran’s intelligence service was almost certainly behind the 54-second video and five photographs of Levinson that were emailed anonymously to his family. The tradecraft used to send those items was too good, indicating professional spies were behind them, the officials said, speaking on the condition of anonymity because they weren’t authorized to talk publicly. While everything dealing with Iran is murky, their conclusion is based on the U.S. government’s best intelligence analysis.

The photos, for example, portray Levinson in an orange jumpsuit like those worn by detainees at the U.S. prison at Guantanamo Bay. The family received them via email in April 2011. In each photo, he held a sign bearing a different message.

Another read: “This is the result of 30 years serving for USA.”

Iranian President Mahmoud Ahmadinejad has personally and repeatedly criticized the U.S. over its detention facility at Guantanamo Bay.

U.S. operatives in Afghanistan managed to trace the cellphone used to send the photographs, officials said. But the owner had nothing to do with the photos, and the trail went cold.

Whoever was behind the photos and video was no amateur, U.S. authorities concluded. They made no mistakes, leading investigators to conclude it had to be a professional intelligence service like Iran’s Ministry of Intelligence and Security.

Levinson’s wife, Christine, provided the photos to The Associated Press because she felt her husband’s disappearance was not getting the attention it deserves from the government.

“There isn’t any pressure on Iran to resolve this,” she said. “It’s been much too long.”