Regional Christie: NJ Will Be Back ‘Stronger Than Ever’
Regional 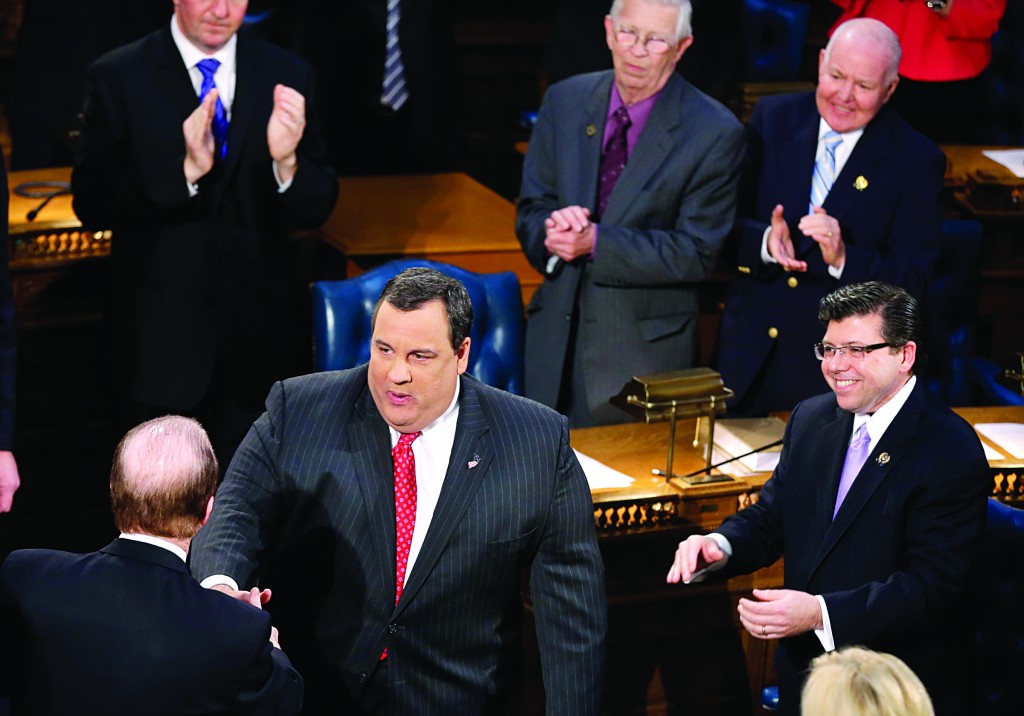 Gov. Chris Christie promised in his annual State of the State address Tuesday that New Jersey will be back “stronger than ever” after Superstorm Sandy and will do it without returning to its “old ways of wasteful spending and rising taxes.”

His speech, which focused heavily on New Jersey’s recovery from its most costly natural disaster, was more a pep talk than a blueprint for the state’s future, more testimony to the state’s grit than policy prescription.

“The state is stronger today than it has been in years,” said Christie, who has a national reputation who is sometimes mentioned in early speculation as a possible presidential candidate in 2016. “We are recovering and growing, not declining and descending.”

The New Jersey-boosting speech also came from a governor who has announced a re-election bid for this year. So far, just one prominent Democrat — state Sen. Barbara Buono — has announced that she’s running.

Buono, said after the speech the governor was right to emphasize the recovery, but not at the expense of the state’s sputtering economy.

“We need to do more,” she said. “The governor needs to do what he hasn’t done over his first three years, and that is to come up with a plan to create jobs for people in New Jersey. He’s in denial over the jobs situation here. He acts as if the economy was humming along before Superstorm Sandy.”

Christie gave a rosier vision of the economy, saying unemployment is falling, consumer spending is up and sales of new homes are up while property taxes are rising more slowly.

Unemployment in November was 9.6 percent, down from 9.9 percent last summer, but still above the national rate.

Senate President Stephen Sweeney, who on Monday said Christie “got lucky” because the storm gave him cover for what Sweeney called failed economic policies, apologized again for the remark but aid he was not backing off from the point that the governor has not done enough to reduce the unemployment, stem the housing foreclosure rate or stabilize property taxes.

“His plan for the economy was a hurricane,” said Sweeney, a potential Christiechallenger in November. “If there wasn’t a hurricane, we had no plan.”

In last year’s State of the State speech, Christie did unveil one measure he said would help with the economy: a 10 percent income tax cut. Christie took a political blow when that initiative failed even after he agreed with the Democrat-controlled Legislature to switch it to a property tax reduction that lawmakers ultimately decided was unaffordable.

While Christie talked about avoiding a return to rising taxes, he did not mention any plan to cut taxes.

Christie also told the stories of several New Jersey residents who helped save others during the October storm, including Tracey Keelen and Jay Gehweiler who used a row boat to save more than 50 people and their pets in Brick Township. The heroic citizens sat in the audience during the address.

Christie pledged to keep pushing Congress to fund an aid package to help clean up and rebuild the region after Sandy. Last week, he made waves when he lambasted a fellow Republican, House Speaker John Boehner, for delaying a vote on the issue. Boehner held a vote on nearly $10 billion to fund the national flood insurance program — and it was adopted — and pledged a vote on the remaining $50 billion next week.

He also said the state would clean up storm-ravaged Barnegat Bay and while implementing policies that would welcome new businesses.

He cited accomplishments over his first three years in Trenton, including a cap on property-tax growth and a reconfiguration of the state’s higher education system.

This year, Christie did not unveil any major new initiatives dealing with Sandy recovery or other issues.

Democrats also faulted Christie for not mentioning any plans to deal with crime, especially in cities. Camden last year had a record 67 homicides.