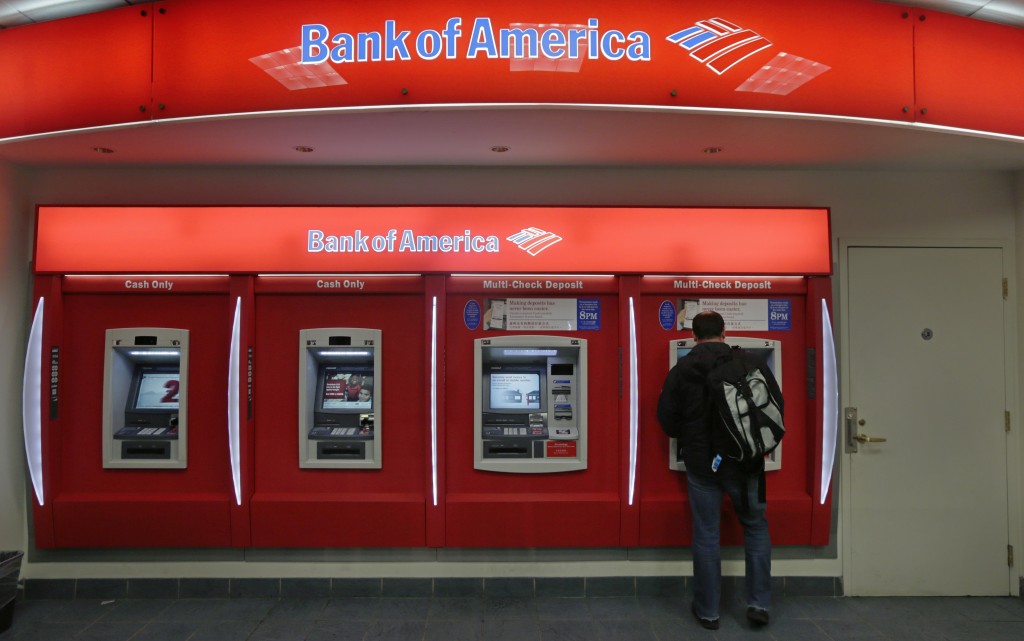 U.S. banks have taken another step to clear away the wreckage of the 2008 financial crisis by agreeing to pay $8.5 billion to settle charges that they wrongfully foreclosed on millions of homeowners.

The deal announced Monday could compensate hundreds of thousands of Americans whose homes were seized because of abuses such as “robo-signing,” when banks automatically signed off on foreclosures without properly reviewing documents. The agreement will also help eliminate huge potential liabilities for the banks.

But consumer advocates complained that regulators settled for too low a price by letting banks avoid full responsibility for foreclosures that victimized families and fueled an exodus from neighborhoods across the country.

The settlement ends an independent review of loan files required under a 2011 action by regulators. Bruce Marks, CEO of the advocacy group Neighborhood Assistance Corp. of America, noted that ending the review will cut short investigations into the banks’ practices.

“The question of who’s to blame – the homeowners or the lenders – if you stop this investigation now, that will always be an open-ended question,” Marks said.

The banks, which include JPMorgan Chase, Bank of America and Wells Fargo, will pay about $3.3 billion to homeowners to end the review of foreclosures.

The rest of the money – $5.2 billion – will be used to reduce mortgage bills and forgive outstanding principal on home sales that generated less than borrowers owed on their mortgages.

A total of 3.8 million people are eligible for payments under the deal announced by the Office of Comptroller of the Currency and the Federal Reserve. Those payments could range from a few hundred dollars to up to $125,000.

Homeowners who were wrongly denied a loan modification will be entitled to relatively small payments. By contrast, people whose homes were unfairly seized and sold would be eligible for the biggest payments.

Banks and consumer advocates had complained that the loan-by-loan reviews required under the 2011 order were time-consuming and costly and didn’t reach many homeowners. Banks were paying large sums to consultants to review the files. Some questioned the independence of those consultants, who often ruled against homeowners.

The deal “represents a significant change in direction” that ensures “consumers are the ones who will benefit, and that they will benefit more quickly and in a more direct manner,” Thomas Curry, the comptroller of the currency, said in a statement.

But Charles Wanless, a homeowner in the Florida Panhandle, is among those who question that promise. Wanless, who is fighting foreclosure proceedings with Bank of America, says he doubts the money will benefit many who lost homes.

“Let’s say they already foreclosed on me and I lost my home,” said Wanless, who runs a pool cleaning business in Crestview, Fla. “What’s $1,000 going to do to help me? If they took my house away wrongfully, is that going to get me my house back? I might be able to find one if I’m one of the lucky ones who gets $125,000.”

Diane Thompson, a lawyer with the NationalConsumerLawCenter, complained that the deal won’t actually compensate homeowners for the actual harm they suffered.

The deal “caps (banks’) liability at a total number that’s less than they thought they were going to pay going in,” she said.

Thompson supports the decision to make direct payments to victimized homeowners. But she said the deal will work only if it includes strong oversight and transparency provisions.

Regulators announced the deal on the same day that Bank of America agreed to pay $11.6 billion to government-backed mortgage financier Fannie Mae to settle claims related to mortgages that soured during the housing crash.

The agreements come as U.S. banks are showing renewed signs of financial health, extending their recovery from the 2008 crisis that nearly toppled many of them. They are lending more and earning greater profits than at any time since the Great Recession began in December 2007.

Monday’s foreclosure settlement doesn’t close the book on the housing crisis, which caused more than 4 million foreclosures. It covers only consumers who were in foreclosure in 2009 and 2010. Some banks didn’t agree to the settlement. And resolving millions of claims involving multiple banks and mortgage companies is complicated and time-consuming.

“It’s going to take a few more years to get it sorted out,” said Bert Ely, an independent banking consultant.

Michael Allen of Petersburg, Va., hopes to benefit from the settlement. He lost his home last month after 2 1/2 years of trying to modify his mortgage. He had fallen behind on his payments after the plant he was working closed.

“I was working with the banks to re-modify (my loan), and I’d get to the final stages and I’d have to start over again. They didn’t give me any reason. I’d call them, they’d transfer me from one person to the next. … They just kept giving me the runaround.”

Citigroup said in a statement that it was “pleased to have the matter resolved” and thinks the agreement “will provide benefits for homeowners.” Citi expects to record a charge of $305 million in the fourth quarter of 2012 to cover its cash payment under the settlement. The bank expects that existing reserves will cover its $500 million share of the non-cash foreclosure aid.

Bank of America CEO Brian Moynihan said the agreements were “a significant step” in resolving the bank’s remaining legacy mortgage issues while streamlining the company and reducing future expenses.

Amy Bonitatibus, spokeswoman for JPMorgan Chase, said the bank had “worked very hard” on the foreclosure review and was “pleased to have it now behind us.”

U.S. Bancorp, which owns U.S. Bank, said its part of the settlement includes an $80 million payment to homeowners. That payment will reduce its fourth-quarter earnings by 3 cents per share. It has also committed $128 million in mortgage aid.

Leaders of a House oversight panel have asked regulators for a briefing on the proposed settlement. Regulators had refused to brief Congress before announcing the deal publicly.

Rep. Elijah Cummings of Maryland, the top Democrat on the House Committee on Oversight and Government Reform, said the settlement “may allow banks to skirt what they owe and sweep past abuses under the rug without determining the full harm borrowers have suffered.”

He complained that regulators failed to answer key questions about how the settlement was reached, who will get the money and what will happen to others who were harmed by these banks but were not included in the settlement.