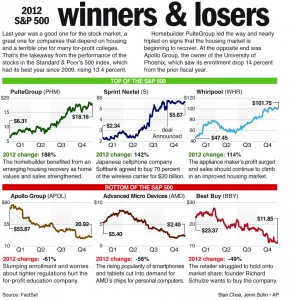 WASHINGTON (AP) – The Food and Drug Administration on Friday proposed the most sweeping food safety rules in decades, requiring farmers and food companies to be more vigilant in the wake of deadly outbreaks in peanuts, cantaloupe and leafy greens.

The long-overdue regulations are aimed at reducing the estimated 3,000 deaths a year from food-borne illness. Just since last summer, outbreaks of listeria in cheese and salmonella in peanut butter, mangoes and cantaloupe have been linked to more than 400 illnesses and as many as seven deaths, according to the federal Centers for Disease Control and Prevention. The actual number of those sickened is likely much higher.

The FDA’s proposed rules would require farmers to take new precautions against contamination, including making sure workers’ hands are washed, irrigation water is clean, and animals stay out of fields. Food manufacturers will have to submit food safety plans to the government to show they are keeping their operations clean.

ST. LOUIS (AP) – Efforts taken to keep a crucial stretch of the drought-starved Mississippi River open to barge traffic should be sufficient to avert a shipping shut-down that the industry fears is imminent, Army Corps of Engineers and Coast Guard officials said Friday.

The corps said crews in recent weeks have made “fantastic” progress clearing treacherous bedrock from a channel about 150 miles south of St. Louis near Thebes, Ill. — the portion of the river that has grown especially worrisome to barge operators moving an array of cargo to northern states and south to the Gulf of Mexico.

Shipping groups warned this week that the waterway there could drop to a point — 3 feet on the river gauge — in which barge weight restrictions would have to be further tightened, effectively halting shipping.

NEW YORK (AP) – PNC Bank has warned customers its websites are getting hit with high traffic consistent with computer attacks.

In an email sent to nearly five million customers, PNC Bank says the traffic is meant to cause delays for legitimate online banking customers. It says other banks are experiencing similar traffic spikes but did not identify them.

PNC Bank says that for several weeks it has worked to block the traffic and maintain online and mobile banking access for the vast majority of its customers. The company says it may have blocked access for a small percentage of its legitimate customers for an extended period.

DETROIT (AP) – General Motors is recalling nearly 69,000 pickup trucks, SUVs and vans worldwide because they can roll away unexpectedly.

The recall affects certain 2013 models of the Chevrolet Silverado, Suburban, Tahoe, Avalanche and Express. Also included are the GMC Sierra, Savana and Yukon, as well as the Cadillac Escalade.

GM says the vehicles may have been built with faulty park lock cables or malformed steering column lock gears. The vehicles can be shifted out of park even if the ignition key is in the off position or removed. GM says about one in 1,000 of the vehicles has the problem, and most haven’t been sold yet.

SAN FRANCISCO (AP) – The makers of Blekko believe they’ve built a great alternative to Google, but they’re also realistic. They know their two-year-old internet search engine will never supplant Google as the most popular place to search on laptop and desktop computers.

But web surfing on tablet computers is a different matter, creating an opportunity that Blekko hopes to exploit with a new product called Izik — a search engine designed especially for Apple Inc.’s iPads and tablets running Google’s Android software.

Izik, whose name is a riff on 17th-century scientist Isaac Newton, debuted Friday with the release of free apps for the iPad and Android tablets.

This article appeared in print on page 9 of the January 7th, 2013 edition of Hamodia.