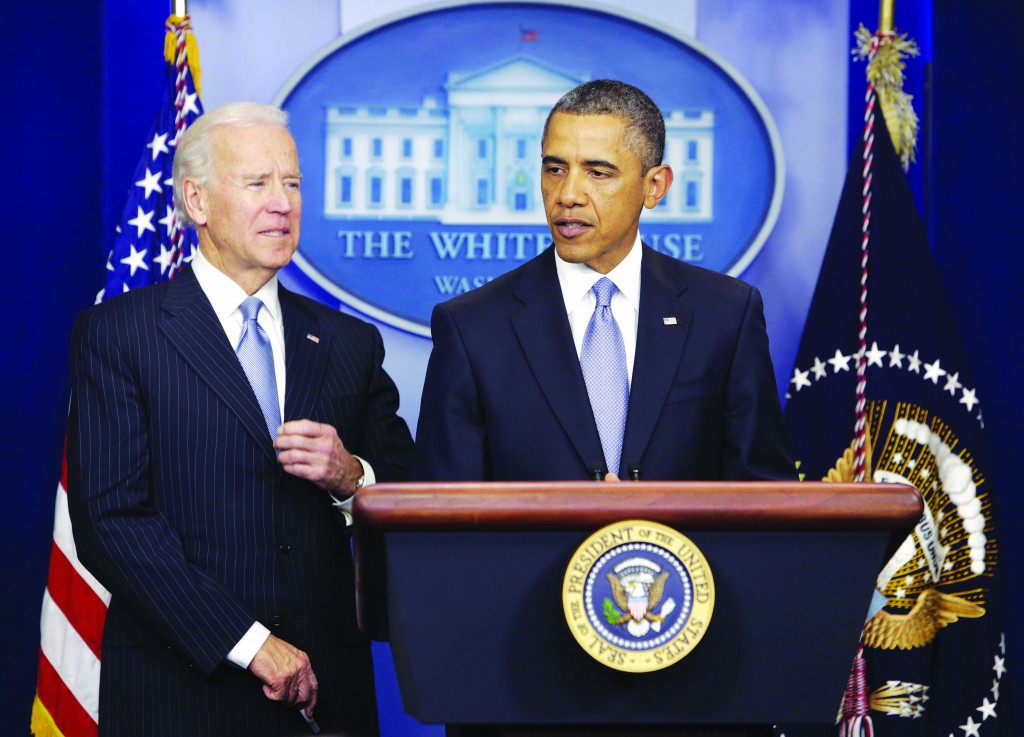 That was fun. Skiing down that cliff, I’m talking about. It was fun on many levels, but only for some people.

Puerto Rico’s rum distillers, for instance. Congress’s fiscal cliff sale bonanza awarded them half a  billion dollars in subsidies, passed urgently shortly before midnight lest the business of government go bad. Yes, Juan from San Jose was able to drink to his health and wealth on Tuesday, with a federal check without which Obama said  the global economy would have been devastated.

Indian coal miners also emerged as the big winners. While Obama has promised to hike coal taxes as high as possible to wean Americans onto Solyndra solar panels or Duracell-powered hybrids, his administration bafflingly defines coal mined on Indian reservations as “alternative energy.” That entitles them to the same tax breaks as the rest of the shrinking number of environmentalists purchasing windmills for their homes or leftover French-fry oil for their cars.

Forget who lost as we briefly careened down the fiscal cliff — we all did. It’s the list of winners that’s proving most difficult to compile. But there were plenty of them.

Electric-car makers, for example. Although many cities ban them since they are a danger to pedestrians, the fiscal cliff bonanza extends a tax credit for e-bikes, or, in Congress-speak, “2- or 3-wheeled plug-in electric vehicles.”

That became clear during Obama’s pep talk on the eve of the fiscal cliff deal. I think Congressional negotiators furiously patching together a delicate agreement that would satisfy enough legislators to vote “aye” were not amused to hear that the president was hosting a party for his election supporters.

Expecting to hear serious fire and brimstone from a president on the verge of having the economy collapse on his watch, I listened incredulously to a pep rally of Obamabots, punctuated by an audience member inviting the president to her holiday dinner, cheering at the mention of a tax increase and a slew of jokes ribbing Congress I have long since stopped laughing at.

“Four score and seven years ago” gave way to “Hello, everybuddy! … I have to say that ever since I took office, throughout the campaign, and over the last couple of months, my preference would have been to solve all these problems in the context of a larger agreement, a bigger deal, a grand bargain. … But with this Congress, that was obviously a little too much to hope for at this time.”

Just roll over, Congress. I have a ton of voters who are asking what their country can do for them.

So Obama’s base asked, and as surely as 16 trillion follows Obama, they got it.

They asked for the rich to pay more taxes — not because it helps the economy, it doesn’t; not because it lowers the deficit, it doesn’t; but because it is fair and “the right thing to do” — and even set up the astroturf the Occupy movement pushed for. Obama granted their wish on Tuesday night.

But not before a threatening  cascade of bogey words. Supercommittee, sequestration, fiscal cliff and grand bargain gave way to a last-minute economy-saving deal that ended with Puerto Rico’s rum distillers getting a break, railroads getting a tax credit to maintain the rails, and encouraging Hollywood to produce their films in the United States.

But that’s not all the winners.

Obama waited impatiently Tuesday night, overnight bag in hand, for the House to just pass the fiscal whatchamacallit so he could leave Washington behind, with its economic mess, Sandy storms and Newtown grievers.

White House records show the president finished his post-House vote speech at 11:29 and he bounced up Marine One for wheels up to Hawaii at 11:58. He spent yesterday on the Hawaii greens, day three of his interrupted $7 million vacation.

And then there are the losers, the “I went down the fiscal cliff and all I got was this lousy T-shirt,” crowd. That’s you and me. And our grandchildren.