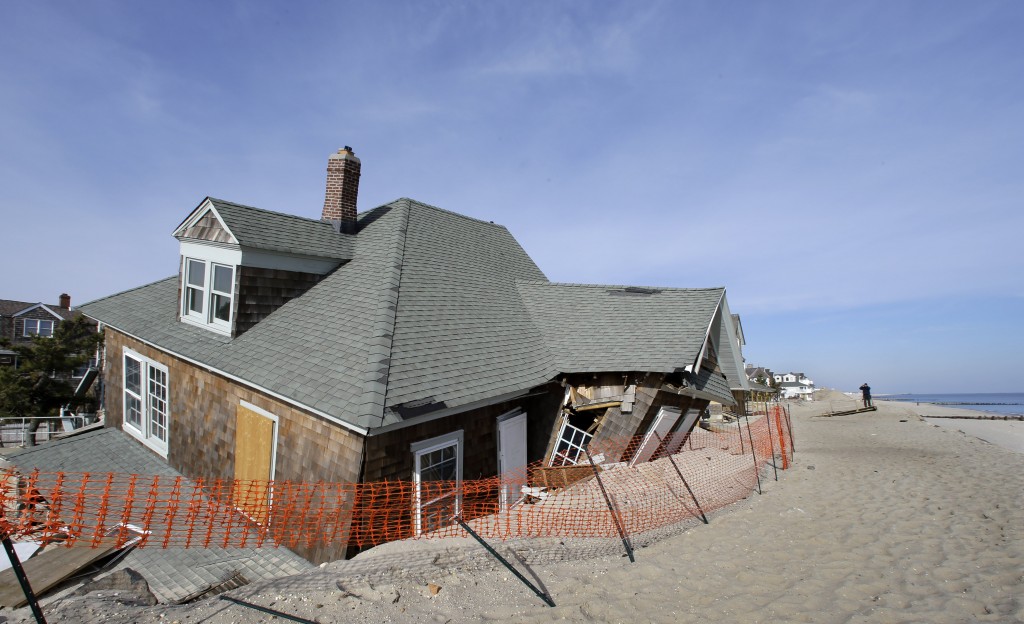 Many home and business owners flooded out by Superstorm Sandy could get insurance payouts soon through congressional action expected Friday on a $9.7-billion bill to replenish the National Flood Insurance Program.

The Federal Emergency Management Agency, which runs the program, warned that it will run out of money next week if Congress doesn’t give it additional borrowing authority to pay out claims. Congress created the program in 1968 because few private insurers cover flood damage.

Northeast lawmakers say the money is urgently needed for storm victims awaiting claim checks from the late October storm that was one of the worst to strike the Northeast, ravaging the coast from North Carolina to Maine, with the worst flooding occurring in Atlantic City, N.J., New York City and Long Island and along the Connecticut coastline.

“People are waiting to be paid,” said Rep. Frank LoBiondo (R-N.J.), whose district includes Atlantic City and many other coastal communities hard hit by the storm. “They’re sleeping in rented rooms on cots somewhere and they’re not happy. They want to get their lives back on track and it’s cold outside.”

House Speaker John Boehner promised a House vote on Friday after his decision earlier this week to delay action on a broader Sandy relief package provoked outrage from Northeast Republicans, including New Jersey Gov. Chris Christie, who said he’d lost trust in GOP leaders in Congress after being promised a vote earlier this week.

If the House, as expected, approves the flood insurance proposal, the Senate plans to follow with a likely uncontested vote later Friday, according to a Senate Democratic leadership aide.

About 140,000 Sandy-related flood insurance claims have been filed, FEMA officials said, and most have yet to be closed out. Many flood victims have only received partial payments on their claims.

Philip Rock has received $8,000 in flood insurance payments so far but said he is awaiting a statement on the final amount, which he expects to be much more. A house he owns in Toms River, N.J., had a $220,000 flood insurance policy. The house was destroyed, and he needs to know the final payout before he can demolish it.

The house is a “total loss,” Rock said. “We don’t want to demolish the house and have them say, ‘We have to go around and take more pictures.’”

More than $2 billion in federal money has been spent so far on relief efforts for 11 states and the District of Columbia struck by the storm.