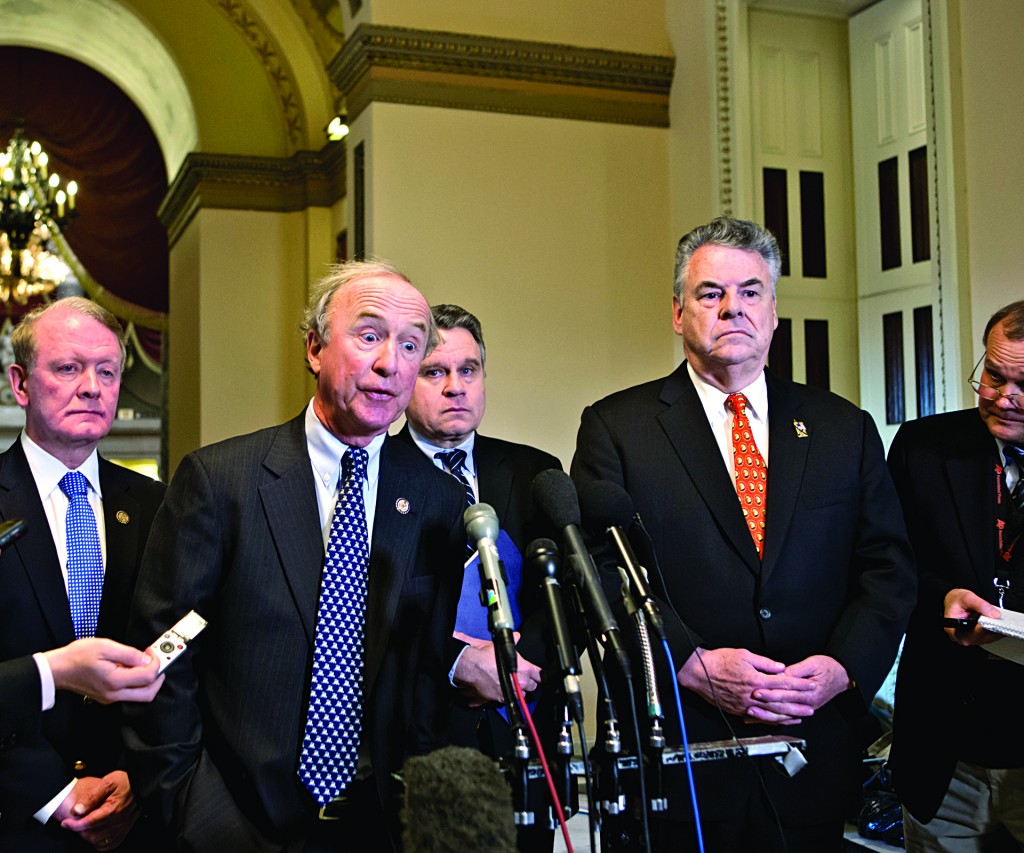 Under intense pressure from angry Republicans, House Speaker John Boehner agreed Wednesday to a vote this week on aid for Superstorm Sandy recovery.

The speaker will schedule a vote Friday for $9 billion for the national flood insurance program and another on Jan. 15 for a remaining $51 billion in the package, Republican Rep. Peter King of New York said after emerging from a meeting with Boehner and GOP lawmakers from New York and New Jersey. The votes will be taken by the new Congress that will be sworn in Thursday.

King left the session with Boehner without the anger that led him to rip into the speaker Tuesday night.

“It was a very positive meeting,” King said, adding that Boehner (R-Ohio), assured the lawmakers present that the money from the two House votes would roughly equal the $60 billion package of aid that passed the Senate.

Since the votes will be taken in the new Congress, the Senate also will have to approve the legislation.

Sandy was the most costly natural disaster since Hurricane Katrina in 2005 and one of the worst storms ever in the Northeast.

“Getting critical aid to the victims of Hurricane Sandy should be the first priority in the new Congress, and that was reaffirmed today with members of the New York and New Jersey delegations,” Boehner said in a joint statement with House Majority Leader Eric Cantor (R-Va.).

Boehner’s decision Tuesday night to cancel an expected vote on Sandy aid before Congress ends its current session provoked a firestorm of criticism from New York, New Jersey and adjacent states, including many lawmakers in his own party.

According to King, Boehner explained that after the contentious vote to avoid major tax increases and spending cuts called the “fiscal cliff,” Boehner didn’t think it was the right time to schedule the vote before the current Congress went out of business.

“What’s done is done. The end result will be New York, New Jersey and Connecticut will receive the funding they deserve. We made our position clear last night. That’s in the past,” King said.

Rep. Chris Smith (R-N.J.), added, “We do believe we have an iron-clad commitment.”

The Senate approved a $60.4 billion measure Friday to help with recovery from the October storm that devastated parts of New York, New Jersey and nearby states. The House Appropriations Committee has drafted a smaller, $27 billion measure for immediate recovery needs and a second amendment for $33 billion to meet longer-term needs.

The $9 billion in flood insurance money to be voted on Friday was originally in the $27 billion measure. The votes on Jan. 15 will be for $18 billion in immediate assistance and $33 billion for longer-term projects, including projects to protect against future storms, King said.

Much of the money in the proposals is for immediate help for victims and other recovery and rebuilding efforts. The aid is intended to help states rebuild public infrastructure such as roads and tunnels and help thousands of people displaced from their homes.

Some $5.4 million is for the Federal Emergency Management Agency’s disaster relief fund, $5.4 billion is to help transit agencies in New York and New Jersey rebuild and another $3.9 billion is for the Housing and Urban Development Department’s development fund to repair hospitals, utilities and small businesses.

New Jersey Gov. Chris Christie, a Republican, was among those sharply criticizing Boehner before the speaker changed course.

Christie said he was frustrated after Boehner withdrew the bill Tuesday night and tried to call him four times that night, but none of the calls were returned. Christie complained about the “toxic internal politics” of the House majority. Christie said he had worked hard to persuade House members to support Sandy aid, and was given assurances by GOP leaders that the bill would be voted on before Thursday.

“There is no reason for me at the moment to believe anything they tell me,” Christie said before Boehner announced there would be votes this month.

King had branded Boehner’s initial decision to pull the bill a “cruel knife in the back” to New York and New Jersey.

King was among an angry chorus of New York and New Jersey lawmakers from both parties who blasted Boehner, with some saying his move was a “betrayal.”

Obama, meanwhile, called for House Republicans to vote on the Sandy aid “without delay for our fellow Americans.” The president said in a written statement that many people in New York, New Jersey and Connecticut are trying to recover from the storm and need “immediate support with the bulk of winter still in front of us.”

The White House said Obama spoke Wednesday with Christie about the importance of the disaster aid bill, and that the president’s staff was in touch with New York Gov. Andrew Cuomo’s team too as Obama lobbied for House action.

Christie and Cuomo, a Democrat, issued a joint statement, saying, “The fact that days continue to go by while people suffer, families are out of their homes, and men and women remain jobless and struggling during these harsh winter months is a dereliction of duty.”

Sandy was blamed for at least 120 deaths and battered coastline areas from North Carolina to Maine. New York, New Jersey and Connecticut were the hardest hit states and suffered high winds, flooding and storm surges.