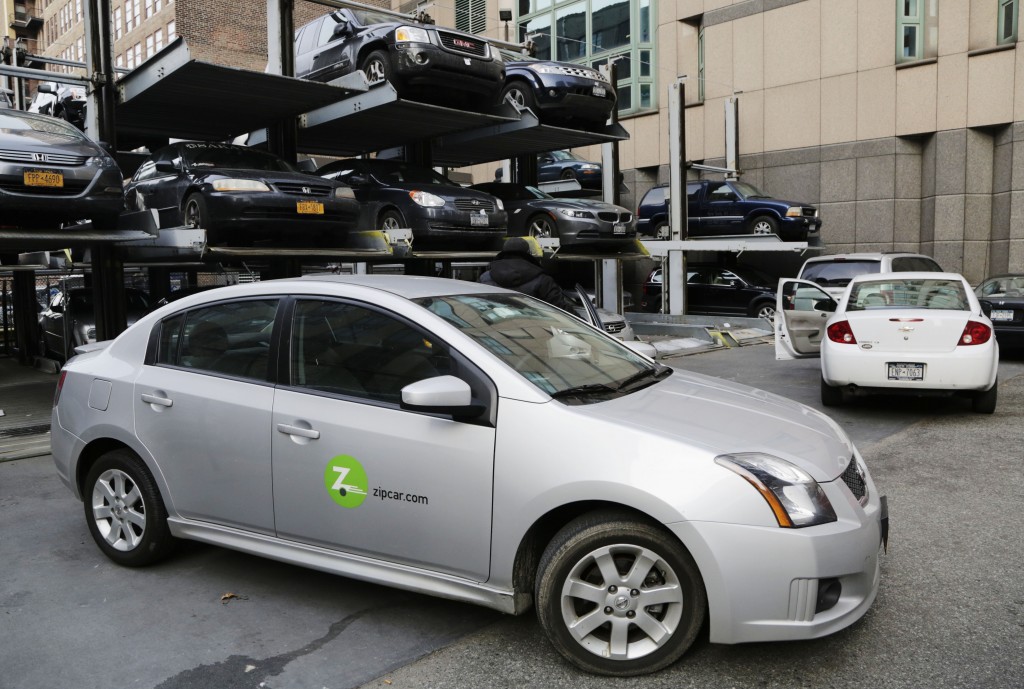 Avis is leaping into the car-sharing service business by buying Zipcar for $491.2 million, aiming to capture a new type of customer and technology that will vastly expand its car rental options.

Car sharing has become a popular alternative to traditional rentals in metropolitan areas and on college campuses, allowing members to get a vehicle for an hour or two for short trips instead of renting a car for a day or using mass transit. The segment has been growing while traditional car rentals have struggled in the current slow-growth economy.

Zipcar, which was founded in 2000, has more than 760,000 members, triple what it had in 2008. It went public in 2011 and 2012 is expected to be its first-ever profitable year. Avis Budget Group Inc. is the third-largest U.S. rental car company, behind Enterprise Rent-a-Car and Hertz Global Holdings Inc.

“I’ve been somewhat dismissive of car sharing in the past but what I’ve come to realize is that car sharing, particularly on the scale that Zipcar has achieved and will achieve, is complementary to our traditional business,” Avis’ Chairman and CEO Ron Nelson said in a conference call after the deal was announced.

Zipcar parks cars throughout cities and college campuses, which allows renters to avoid waiting in lines at traditional car rental counters. Some areas provide reserved parking for the cars, which can be located online or through the companies’ smartphone applications. That technology was attractive to Avis, which hopes to expand Zipcar’s vast technological capabilities to its own business.

The car-sharing companies pay for fuel and insurance, costs not included in standard car rentals. Although the hourly rental options are quicker and cheaper than renting a car by the day, Zipcar and other car-sharing services are generally more expensive for rentals longer than 24 hours.

The acquisition will help Avis better compete with Enterprise and Hertz, which have their own smaller car-sharing services. And having access to Avis’ fleet of cars will help Zipcar meet high demand on weekends when most people take a trip to the grocery store or run other errands.

Avis estimates it will save about $50 to $70 million a year through combining the two businesses into one.

Avis Budget Group Inc. will pay $12.25 per share, which is a 49 percent premium to Zipcar’s closing price on Friday. The stock lost more than half its value in early 2012 year as its results and outlook spooked Wall Street. But late last year, the stock began to recover as the company saw growth in members and revenue. And on Wednesday, the stock soared 48 percent to $12.19.

The boards of both companies unanimously approved the buyout. If Zipcar shareholders approve the deal, it’s expected to close in the spring.

Avis, which is based in Parsippany, N.J., said it expects certain members of Zipcar management, including Chairman and CEO Scott Griffith and President and Chief Operating Officer Mark Norman, to help run its day-to-day operations.