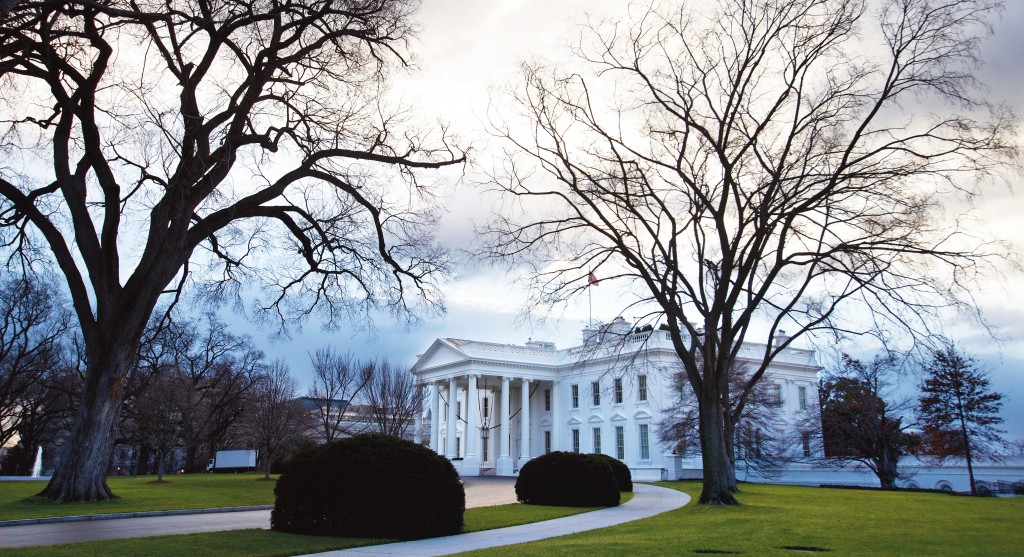 Agonizingly close to a last minute compromise, the White House and congressional Republicans agreed Monday to block across-the-board tax increases set for midnight, but held up a final deal as they haggled away the final hours of 2012 in a dispute over spending cuts.

“It appears that an agreement to prevent this New Year’s tax hike is within sight,” President Barack Obama said in an early-afternoon status report on negotiations. “But it’s not done,” he added, of legislation that redeems his campaign pledge to raise taxes on the wealthy while sparing the middle class.

Even by the dysfunctional standards of government-by-gridlock, the activity at both ends of historic Pennsylvania Avenue was remarkable as the White House and Congress struggled over legislation to prevent a “fiscal cliff” of tax increases and spending cuts.

As darkness fell on the last day of the year, Obama, Vice President Joe Biden and their aides were at work in the White House, and lights burned in the House and Senate. Democrats complained that Obama had given away too much in agreeing to limit tax increases to incomes over $450,000, far above the $250,000 level he campaigned on. Yet some Republicans recoiled at the prospect of raising taxes at all.

A late dispute over the estate tax produced allegations of bad faith from all sides — but no swift compromise.

Senate Republican leader Mitch McConnell — shepherding final talks with Biden — agreed with Obama that an overall deal was near. In remarks on the Senate floor, he suggested Congress move quickly to pass tax legislation and “continue to work on finding smarter ways to cut spending” next year.

The White House and Democrats initially declined the offer, preferring to prevent the cuts from kicking in at the Pentagon and domestic agencies alike. Officials said they might yet reconsider, although there was also talk of a short-term delay in the reductions.

While the deadline to prevent tax increases and spending cuts was technically midnight, passage of legislation by the time a new Congress takes office at noon on Jan. 3, 2013 — the likely timetable — would eliminate or minimize any inconvenience for taxpayers.

For now, more than the embarrassment of a gridlocked Congress working through the legal holiday in the Capitol was at stake.

Economists in and out of government have warned that a combination of tax hikes and spending cuts could trigger a new recession, and the White House and Congress have spent the seven seeks since the Nov. 6 elections struggling for a compromise to protect the economy.

Officials in both parties said agreement had been reached to prevent tax increases on most Americans, while letting rates rise on individual income over $400,000 and household earnings over $450,000 to a maximum of 39.6 percent from the current 35 percent. That marked a victory for Obama, who campaigned successfully for re-election on a platform of requiring the wealthy to pay more.

Officials said any agreement would also raise taxes on the value of estates exceeding $5 million to 40 percent, but a late dispute emerged on that point as well as on spending cuts. Democrats accused Republicans of making a 11th-hour demand to have the $5 million threshold rise each year to take inflation into account. GOP officials said the White House had agreed to the proposal on Sunday night, a claim administration officials disputed.

Any compromise was also expected to extend expiring jobless benefits for 2 million unemployed, prevent a 27 percent cut in fees for doctors who treat Medicare patients and likely avoid a near-doubling of milk prices.