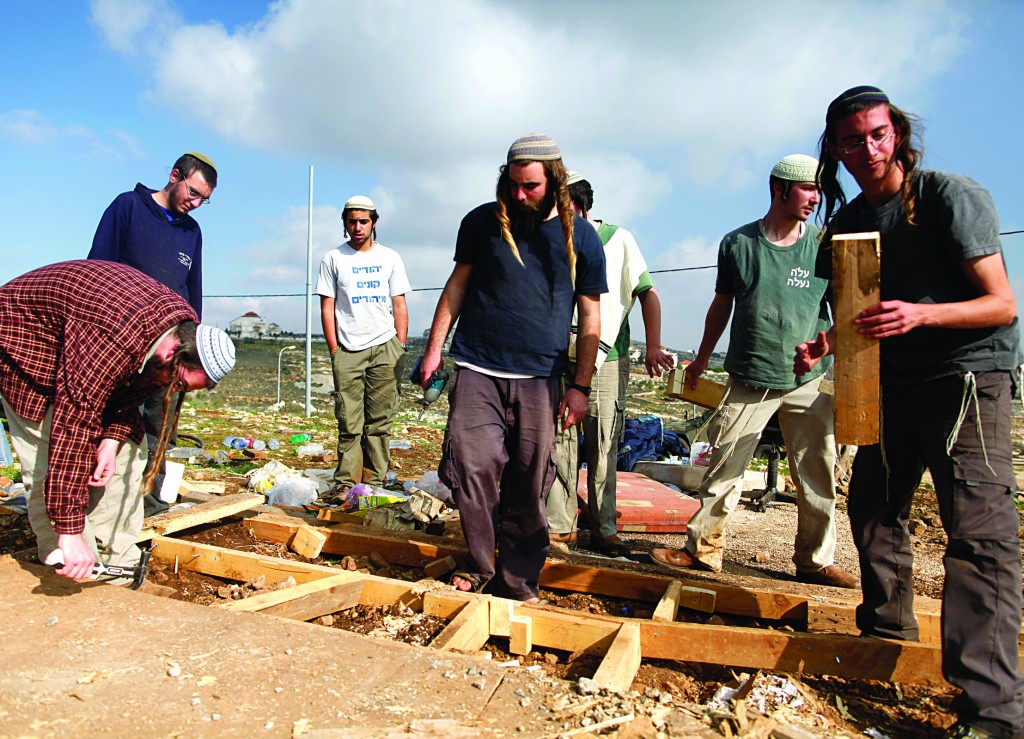 The evacuation of the Oz Tzion outpost in the Shomron, though completed peacefully on Motzoei Shabbos, was marred earlier by clashes between security forces and young people, as well as chillul Shabbos.

Dozens of young people resisted the government-ordered evacuation on Friday, in clashes during which five Border Police officers were reportedly injured lightly by rocks thrown at them. Due to the resistance, the evacuation could not be completed until after Shabbos.

Local residents said that the police used tear gas and stun grenades to attempt to force the eviction on Friday, and that the troops confiscated equipment such as clothing, beds, purses and bags, according to Arutz Sheva.

However, by Motzoei Shabbos most of the youths had gone, and the final dismantling of the outpost, including three buildings demolished by a bulldozer, went peacefully.

An editorial in Hamodia (Hebrew edition) decried the unnecessary chillul Shabbos caused by government forces, saying that the evacuation could have been carried out without any chillul Shabbos whatsoever.

Labor Party chairwoman Shelly Yachimovich criticized the violence against security forces. “The evacuation was necessary, but it does not erase the shame of assaulting Border Police officers,” Yachimovich said.

“The extreme right that took over Likud and Jewish Home is confronting IDF soldiers, doing as it pleases in Yehudah and Shomron. … These are Bennett’s rabbis, this is Netanyahu’s submission and it is all of us who pay the price of this thuggish political blackmail.”

Local residents voiced anger at what they viewed as politicians’ exploitation of the incident. Benny Gal, who lives on Givat Assaf, told Haaretz, “The politicians are making a grave mistake in causing confrontation between the army and [local residents] to promote their election.”